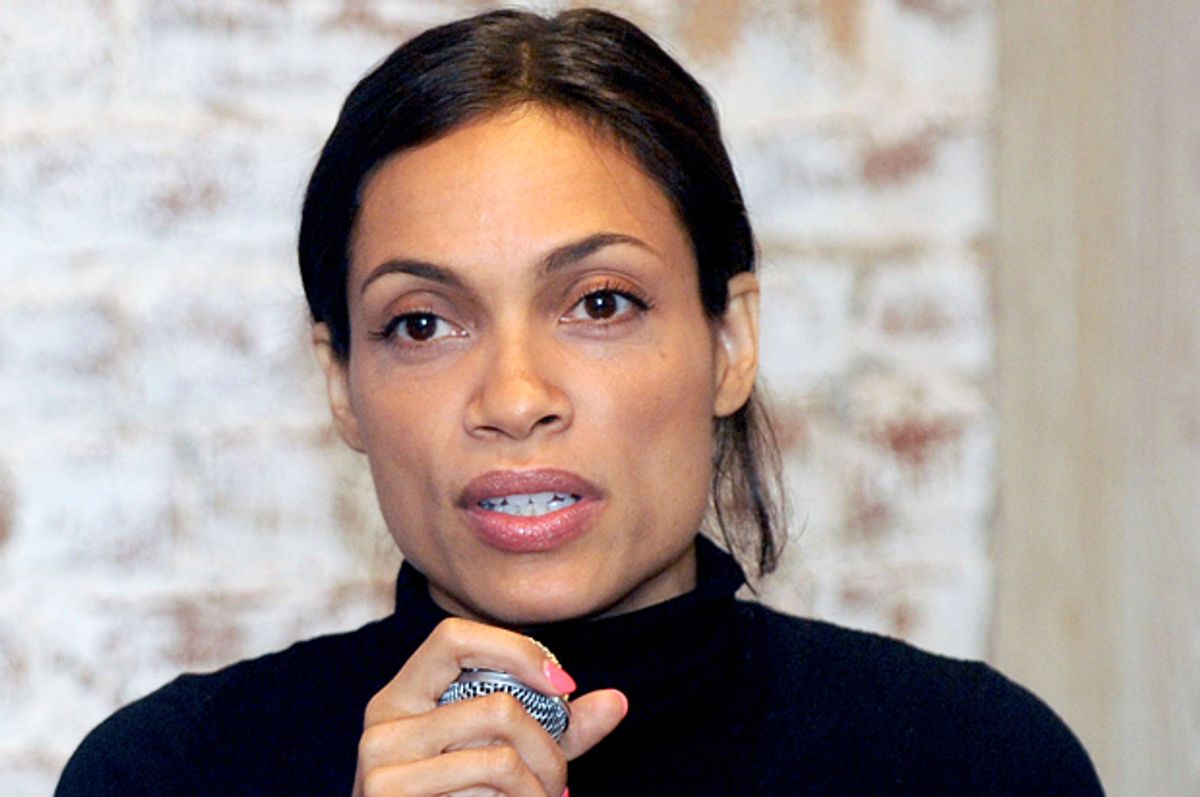 Host Cenk Uygur pointed out that Clinton is a firm believer in a "muscular" foreign policy. “It’s just that she believes in that concept. She believes in what she calls a muscular foreign policy and she wanted to emphasize to the press after the March 15 elections when she thought it was already all over, ‘Don’t worry, I willl be more muscular than Obama in foreign policy. It [Libya] wasn’t a mistake; that was the intention and the press has to be told not to worry, don’t worry, we’ll give you more wars."

Actress and activist Rosario Dawson pointed out the hypocrisy of Clinton’s praise for Israel.

“Trump is a horrible person because he wants to put a wall between [the U.S.] and Mexico. But that’s okay with [Hillary] when Netanyahu says he wants to do that between Israelis and Palestinians?” Dawson asked. “It reminds me of another secretary of state who said 500,000 dead Iraqi children was worth it. And I don’t understand [how Hillary is] good with children and women’s rights when [she] clearly hasn’t interviewed any Syrian children or Honduran children or Libyan children or Iraqi children. Why don’t they count? What is this line that is drawn?”

This article originally appeared on alternet.org