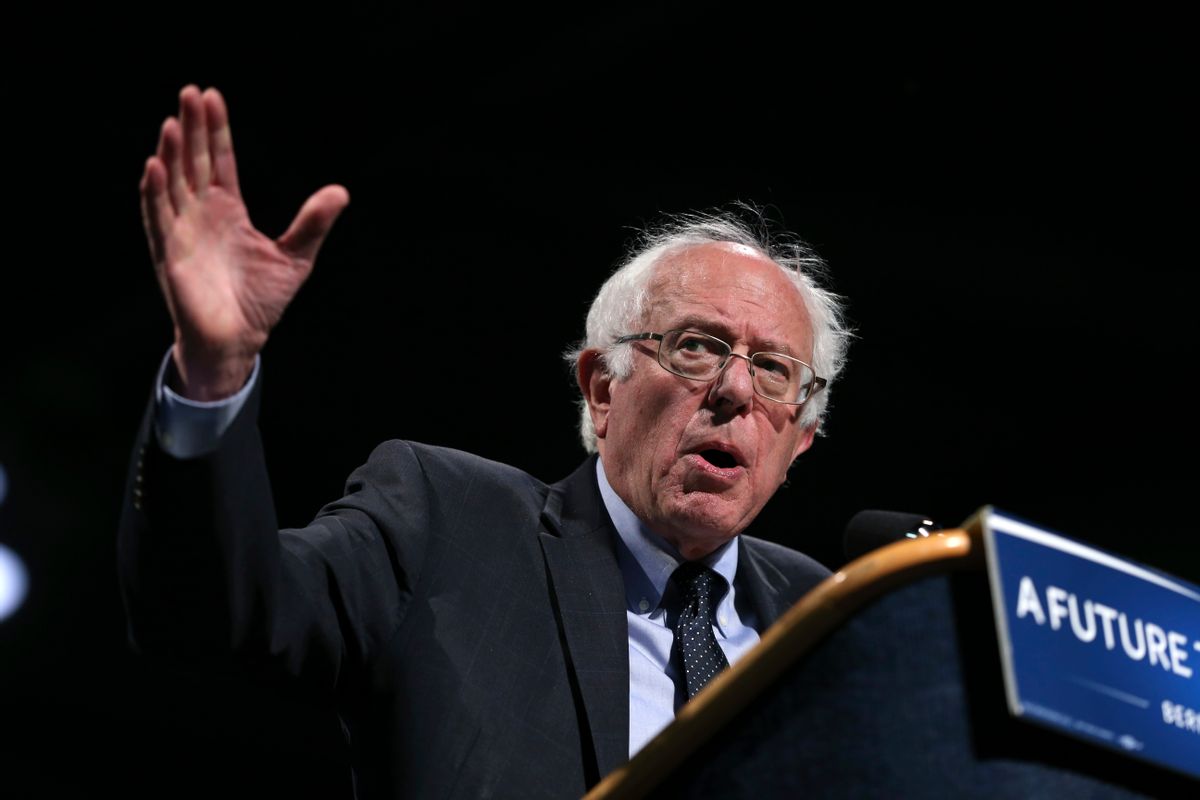 Shortly before Bernie Sanders led the most substantive presidential debate on the Israeli-Palestinian conflict Americans have ever witnessed Thursday night in Brooklyn, his campaign quietly suspended its newly hired Jewish outreach director after past disparaging comments she made about Israeli Prime Minister Benjamin Netanyahu came to light.

Simone Zimmerman was announced as the Sanders campaign's new Jewish outreach director on Tuesday, but by Thursday she was already booted from the campaign. Lauded as a progressive pick meant to cement Sanders' commitment to a more neutral U.S. approach to the conflict, Zimmerman's connections come out of leftist Jewish American politics represented by groups like J Street, a sharp departure from Washington's favored AIPAC lobby. As such, the selection of Zimmerman came under intense scrutiny shortly after her name was announced.

"No public relations trick can save Israel's image.... The problem is nearly 50 years of occupation," she wrote in a February 2016 op-ed in the Israeli newspaper Haaretz. "The problem is rampant racism in Israeli society":

We are doing this [opposing what she considers the occupation of Palestinian lands by Israel] out of love for our community and love for our neighbors. We know that Jewish liberation is inextricably tied to the liberation of all people.

The former head of the Anti-Defamation League swiftly called on Sanders to fire her. But it was her profanity-laced Facebook critiques of Netanyahu, first reported by right-wing website Free Beacon, that really drew a firestorm of criticism for the Sanders campaign -- almost immediately.

"Bibi Netanyahu is an arrogant, deceptive, cynical, manipulative asshole," Zimmerman reportedly wrote on Facebook in 2015. "Fuck you, Bibi, for daring to insist that you legitimately represent every fraction of the Jewish world."

Zimmerman also criticized Netanyahu’s strong objections to the Iranian nuclear deal, writing, “Fuck you…for trying to derail a potentially historic diplomatic deal with Iran and thus trying to distract the world from the fact that you sanctioned the murder of over 2,000 people this summer.”

With Sanders campaigning in New York, where nearly 20 percent of Democratic primary voters are Jewish, Zimmerman's hiring quickly looked to serve as more of an albatross than a buoy.

"She has been suspended while we investigate the matter," Sanders spokesperson Michael Briggs told the New York Times Thursday evening as Sanders set off to debate Hillary Clinton in Brooklyn.

While younger Americans are the only group to hold Israel just as or more responsible for the troubles in the region as the Palestinians (the latest Gallup polling showed Americans between 18 and 29 view Israel's policies in the Middle East as "unjustified") a new poll in New York shows Clinton leading Sanders 60-38 among all Jewish voters.