From trade agreements to minimum wage, Hillary and Bernie scuffle over what's destroying the middle class

Hillary vowed to bring jobs to "more people, from inner cities to rural areas to every distressed community" 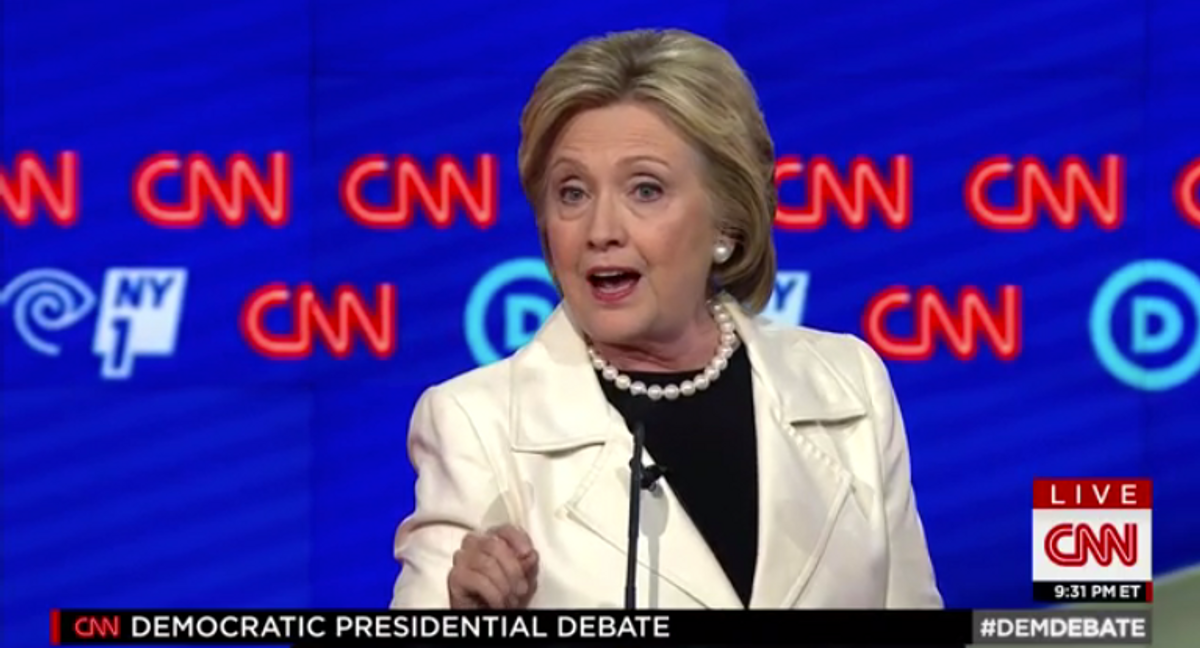 During Thursday night's Democratic debate, Vermont Sen. Bernie Sanders attacked Hillary Clinton for voting for trade agreements that, according to him, have destroyed the middle class.

CNN's Wolf Blitzer asked Sanders how he would bring jobs back to the United States "without affecting the cost of goods," to which the senator replied that "for a start, we're going to raise the minimum wage to $15 an hour. While it is true, we may end up paying a few cents more for a hamburger -- what this economy needs is to rebuild jobs in the manufacturing sector."

"This country cannot continue to sustain the loss of millions of decent paying jobs over the last 20 or thirty 30," Sanders said, "based on trade agreements for which Secretary Clinton has voted [for] almost every one of."

Clinton replied that "I do have a comprehensive plan to create more jobs," and discussed a $10 million dollar plan that she believes "will jump start manufacturing." She also said she's "seen the results of government cooperating with business," a clear shot across Sanders' anti-corporate bow.

She added that her plan, the details of which she didn't expound upon, would bring "more good jobs to more people, from inner cities to rural areas to every distressed community in America, and that's exactly what my plan would bring about."