The 66-year-old has been a model prisoner and is likely not a danger to society—but is that enough to go free? 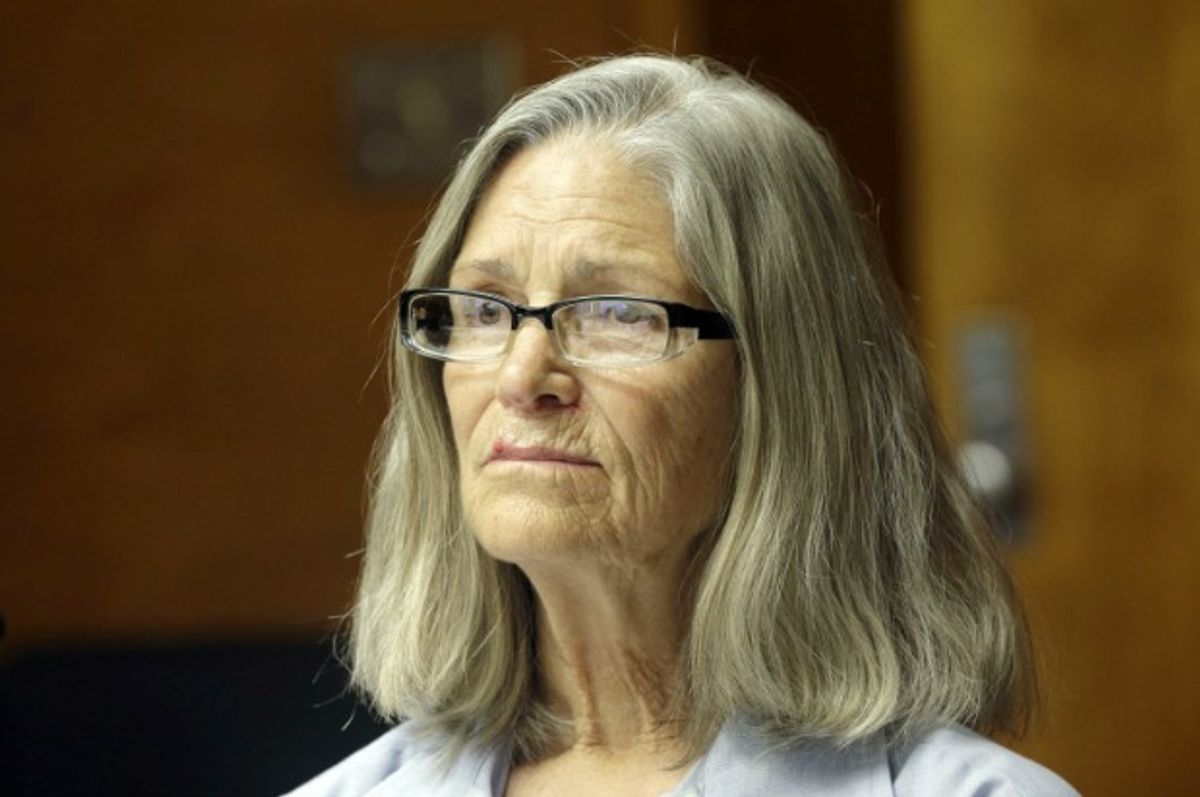 Leslie Van Houten has achieved a great deal over the past several decades. The now 66 year-old California woman has obtained her bachelor's and master's degrees. She has run self-help groups for other women and edited a newspaper. Those who know her say the world needs to understand "all of the good she’s done." Because what most people of know of Leslie Van Houten is the person she was a very long time ago. When she was a Manson girl. And on Thursday, a California review board recommended her for parole.

The former homecoming queen was only 19 when she and five other members of the Manson family carried out their leader's orders and participated in the murder of wealthy businessman Leno LaBianca and his wife Rosemary. It was one day after her fellow Manson family members had murdered Sharon Tate, her unborn child, and four other people. Van Houten would later admit she felt "kind of bad" she didn't get to go and participate that night.

Speaking with Larry King in 2002, Van Houten described going into the LaBianca house, where the couple had already been tied up. She spoke of going into the kitchen with fellow Manson girl Patricia Krenwinkle and getting knives.

"I tried to tried to hold Mrs. LaBianca down. And her head was covered with a pillowcase. I don't know if I did that. I could have," she said. "She heard her husband dying in the living room…. She was yelling out for her husband. By that time, I was very torn inside. You know, I felt that I needed to, really, almost be a good soldier in this mission that had to be done, and I was not…. Then Tex [Watson] turned me around and he handed me a knife and he said do something. So I went in, and Mrs. LaBianca was laying on the floor, and I stabbed her. In the lower back, around 16 times."

The killers then scrawled on the walls in the victims' blood. On the refrigerator, they wrote the message "Helter Skelter."

Initially sentenced to death,Van Houten's punishment was eventually set at seven years to life. She has already been denied parole multiple times. In 1998, LaBianca's first wife, Alice LaBianca, sent a letter to the Board of Prison Terms stating that "Sympathy, understanding and compassion should be given to the victims of murder and not the killers… My children… have had to face the realities of life without the help of their father."

But Van Houten has also gained her share of friends and supporters. Writing in 2009, director John Waters said that she has "inspired me to believe that if you wait long enough and work hard enough on your damaged psyche you can eventually come out of it with some kind of self-respect and mental health."

Over the years, Van Houten has spoken of her period as a Manson girl as being "saturated in acid" and "no longer in control of my mind." This week, the LA Times reports that she says, "I don't let myself off the hook. I don't find parts in any of this that makes me feel the slightest bit good about myself." And after her parole hearing, Commissioner Ali Zarrinnam told her, "Your behavior in prison speaks for itself. Forty-six years and not a single serious rule violation."

But Cory LaBianca, who was, like Van Houten, a young adult at the time of the Manson murders, sees it differently. "Maybe Leslie Van Houten has been a model prisoner," she said Thursday. "But you know what? We still suffer our loss. My father will never be paroled. My stepmother will never get her life back. There’s no way I can agree with the ruling today."

Do the last nearly fifty years of apparently good behavior, of atonement and contrition and therapy, mean that Van Houten has earned a right to live out the rest of her days in freedom? Is there a point at which a person who has something she herself calls "unforgivable" has earned mercy, a right to feel "good about" herself? And what if anything is the value of keeping her in prison now? The parole board will have 120 days to decide before the next phase of the process.

But Van Houten believes she has more things to do with her life, and they can be done outside prison walls. "I can create a world where I make amends," she said in 2013. "I'm trying to be someone who lives a life for healing rather than destruction."