It's a felony for me to drive: This is the evil way the state of Georgia tries to get rid of immigrants

I've been here for two decades and work hard. And I get pulled over for no reason and given thousand-dollar tickets 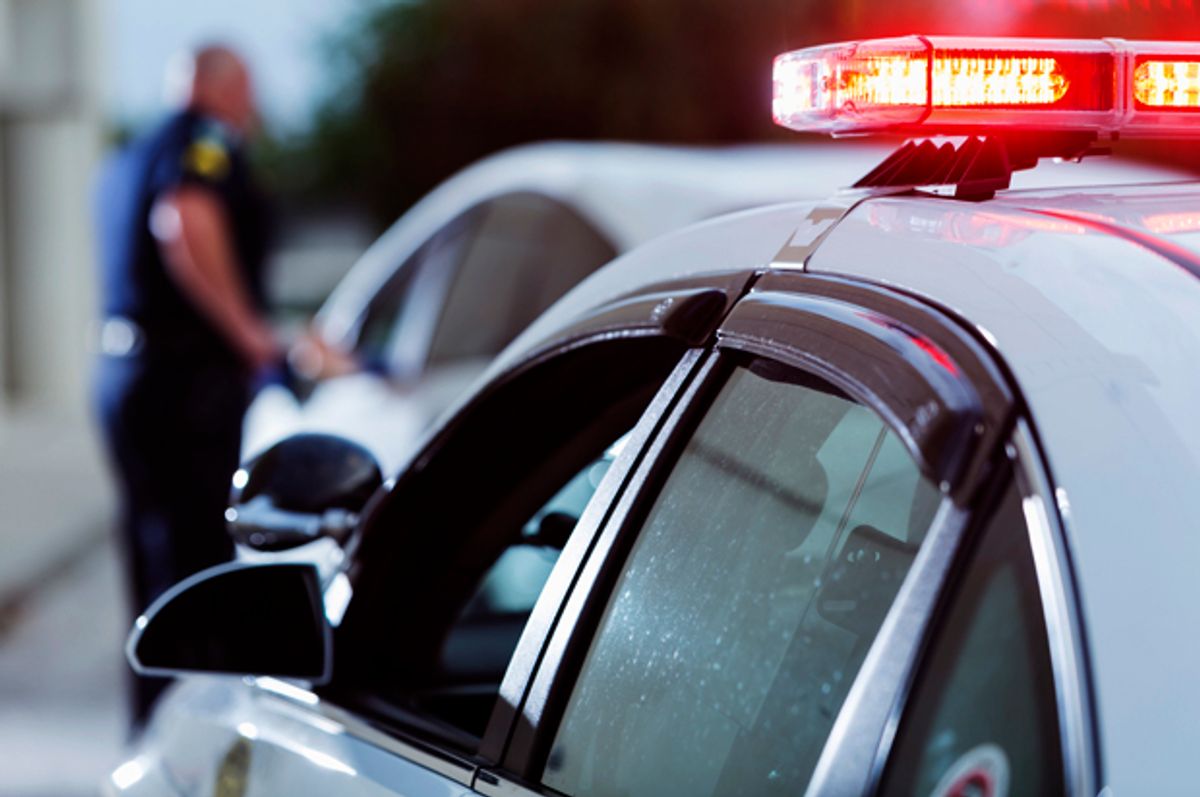 I was on my way to a construction job last month when I saw the flashing lights. I was being pulled over.

The officer stopped me not because of a dangerous crime, but because I was supposedly driving with my high beams on. “Failure to dim headlights,” read the ticket.

I felt around in my pocket for my daughter Yesenia’s crumpled picture, one of few possessions I brought when I crossed the border 17 years ago.

Missing from my pocket was a driver’s license. After nearly two decades in my adopted country, working endless construction jobs to sustain my family and contribute to the local economy, I am still not allowed to drive legally.

While everyone should have a driver’s license, failure to have one in Fayetteville, Georgia, isn’t just any crime – it can lead to a felony conviction.

My car stop and subsequent arrest that day was one of thousands taking place in Georgia every year, disproportionately involving people of color. Many of us, mostly Latino and African-American, go to jail or prison. For some, incarceration is coupled with thousands of dollars in expenses, leading to financial ruin. For others still, the punishment involves permanent separation from their children, siblings, friends and parents through aggressive deportation.

Paying thousands, going to jail and losing your family are steep penalties, especially considering the state of Georgia has rigged the rules barring undocumented men and women from obtaining a driver’s license in the first place. Conservatives in the legislature engineered the rules to disadvantage certain members of the community.

Starting in 2008, amid an anti-immigrant furor, the legislature passed a series of measures to make life miserable for immigrants. The hope was to make life in Georgia so painful for us that we would choose to leave our state rather than enduring the manufactured hardships imposed on us. One of the bills sought to forbid water utility companies from servicing in our homes. We would essentially lose access to running water at home. Another measure, the “felony driving law,” which criminalizes the lack of a driver’s license, has torn through communities like mine.

Every day, people of color struggle to avoid run-ins with the law. In my case, the caution I put into stopping at every stop and signaling every turn is not enough to keep me from the traps set by the state targeting immigrants and African-Americans. An ordinary exercise like picking up my kids becomes a stressful occasion.

The sheriff’s office set up checkpoints that are not randomly dispersed throughout the state, but just outside neighborhoods and construction sites where families like mine live, raise our children and work.

There are glaring disparities in arrests between whites and people of color. A new report by Advancement Project and the Georgia Latino Alliance for Human Rights found African-Americans and Latinos are constantly profiled, targeted, pulled over for minor infractions and forced to shell out thousands of dollars in fines and bail.

My kids have to grow up with police patrolling our streets, constantly reminding us of their ability to separate our families, plunge us deep into debt and eclipse our hope of a brighter future. I sometimes feel we are living in a perpetual state of siege.

The last time I was arrested for driving without a driver’s license, in 2014, I had to explain to Yesenia that Papá had not committed a violent crime, and that everything would be okay.

This time, I feared – as I always do – that I would be separated from my children by deportation. I just don’t know what I would do without them.

Sitting in my truck on the side of the road, I thumbed the worn edge of Yesenia’s picture. The print is the only artifact I brought from Mexico. When I crossed the border, I could feel it in my back pocket as I handed over my other belongings to the robbers who held us up at gunpoint right before crossing into Arizona. I lost a pair of shoes, my wedding ring and some money, but the picture stayed with me.

Hours later, after paying almost $1,400 in bail to the State of Georgia, I rejoined my family. I will do everything in my power to not be pulled over again and not be separated from my family. But I do not know if my best efforts will be enough.

Ignacio Portillo is a construction contractor and member of the Georgia Latino Alliance for Human Rights, an Advancement Project partner.