Led Zeppelin are not thieves: "Stairway to Heaven" fight rests on a nearly impossible copyright standard

Blues and folk music have long been full of borrowing. But so has pop and rock -- and the legal standard is blurry 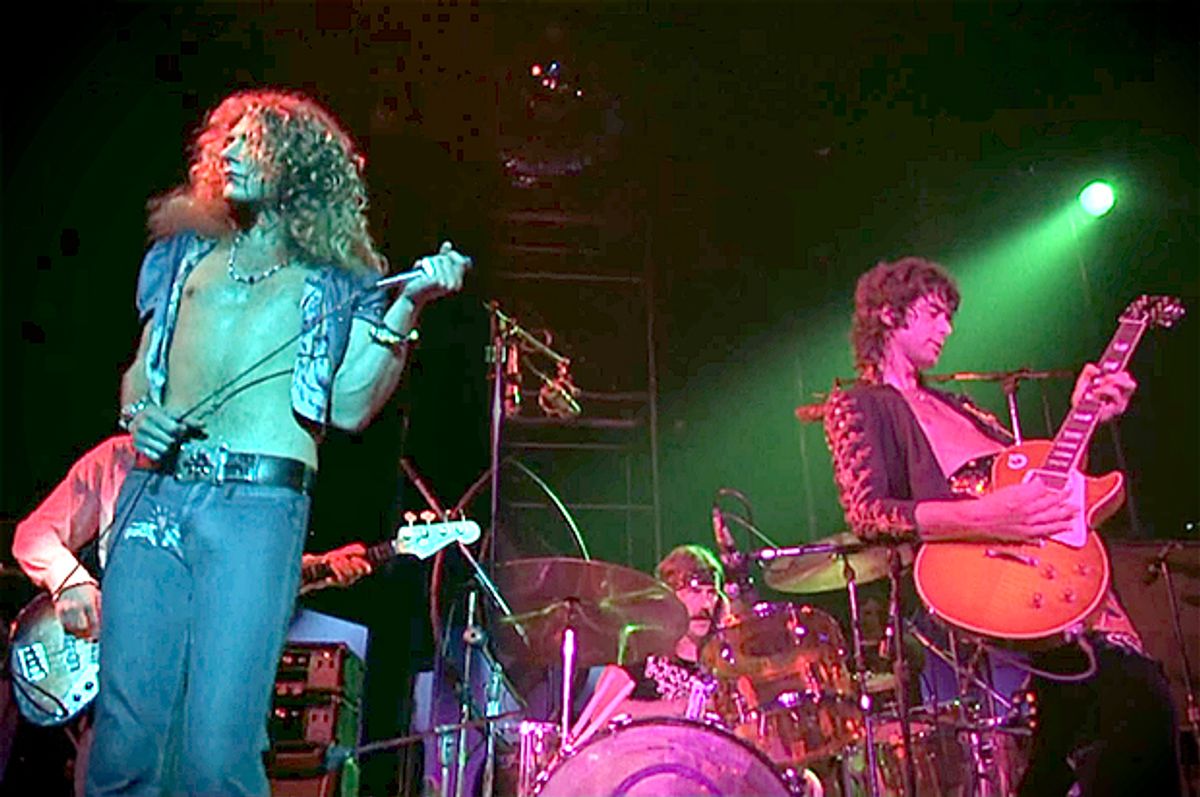 The poet T.S. Eliot had this to say about the creative process: “Immature poets imitate; mature poets steal; bad poets deface what they take, and good poets make it into something better, or at least something different.”

Unfortunately, copyright law doesn’t line up very well with this realistic appraisal of how a lot of art, especially popular art, is created. The latest example of that disjunction is the lawsuit brought by the estate of Randy Wolfe, aka Randy California, against Robert Plant and Jimmy Page of Led Zeppelin, for purportedly lifting the memorable opening guitar line of “Stairway to Heaven.”

According to the suit, that passage is “substantially similar” -- the critical legal standard that has to be met for a copyright to be infringed -- to the opening bars of the song “Taurus,” which Wolfe wrote for the band Spirit in 1967, four years before Led Zeppelin wrote “Stairway” (Wolfe, who was something of a musical prodigy, was just 16 at the time).

Wolfe died nearly 20 years ago while saving his son from drowning in a riptide off a Hawaiian beach. Near the end of his life he publicly acknowledged the similarities between the two songs, and noted that the two bands had toured together in 1968 and 1969, which gave Page and Plant ample opportunities to have their subsequent songwriting influenced by Wolfe’s work.

Yet he himself never tried to make a legal claim of partial ownership to perhaps the single most profitable song in rock music history (it has generated hundreds of millions of dollars of royalties).

I suspect this may have been because the creative context in which both Led Zeppelin and Spirit were working at the time featured regular borrowings (or thefts, if you prefer) of other people’s music, especially blues and folk music -- musical genres which themselves are full of works that have borrowed from each other, sometimes with explicit attribution, and sometimes not.

On one level, Plant and Page are hardly sympathetic defendants. Led Zeppelin was (in)famous for taking what could be charitably termed a particularly casual attitude toward musical borrowings of various kinds. This has led them to be sued on several occasions; for example, the songs “Dazed and Confused,” “Whole Lotta Love” and “Bring It On Home” all triggered legal actions of one kind or another that concluded with partial musical credit being given eventually to the folk singer Jake Holmes for the former, and blues legend Willie Dixon for the latter.

This is far from an exhaustive list of the band’s musical shoplifting: a particularly egregious example is how the band’s members listed themselves as the composers of “In My Time of Dying,” on their 1975 album “Physical Graffiti.” “In My Time of Dying” is a traditional gospel song, which Led Zeppelin had as much to do with writing as they did with composing “Amazing Grace.”

Still, the suit by Wolfe’s estate seems dubious. While there are definitely some striking similarities in the opening chord sequences of “Taurus” and “Stairway to Heaven,” it’s incredibly easy to find such similarities among enormous numbers of popular songs. Here are just a couple right off the top of my head: compare Bob Dylan’s “My Back Pages” to Neil Young’s “Days that Used to Be," or Nena’s “99 Luftballons” to the Cure’s “Just Like Heaven.”

In other words, we just throw this inescapably fuzzy question into the black box of the jury room and ask a bunch of laypeople to sort it all out. Of course, the jury will first be helped out by the testimony of an expert witness for the plaintiff, who will tell them that the copying in question is clearly substantial, and an expert witness for the defense, who will tell them that it’s clearly not. So there’s that.

All of which is to say that the process of the creation of popular music doesn’t fit very neatly with our process of creating and protecting private property rights in that music.