White America's Obama-era freakout: What research can tell us about racial animus since 2008 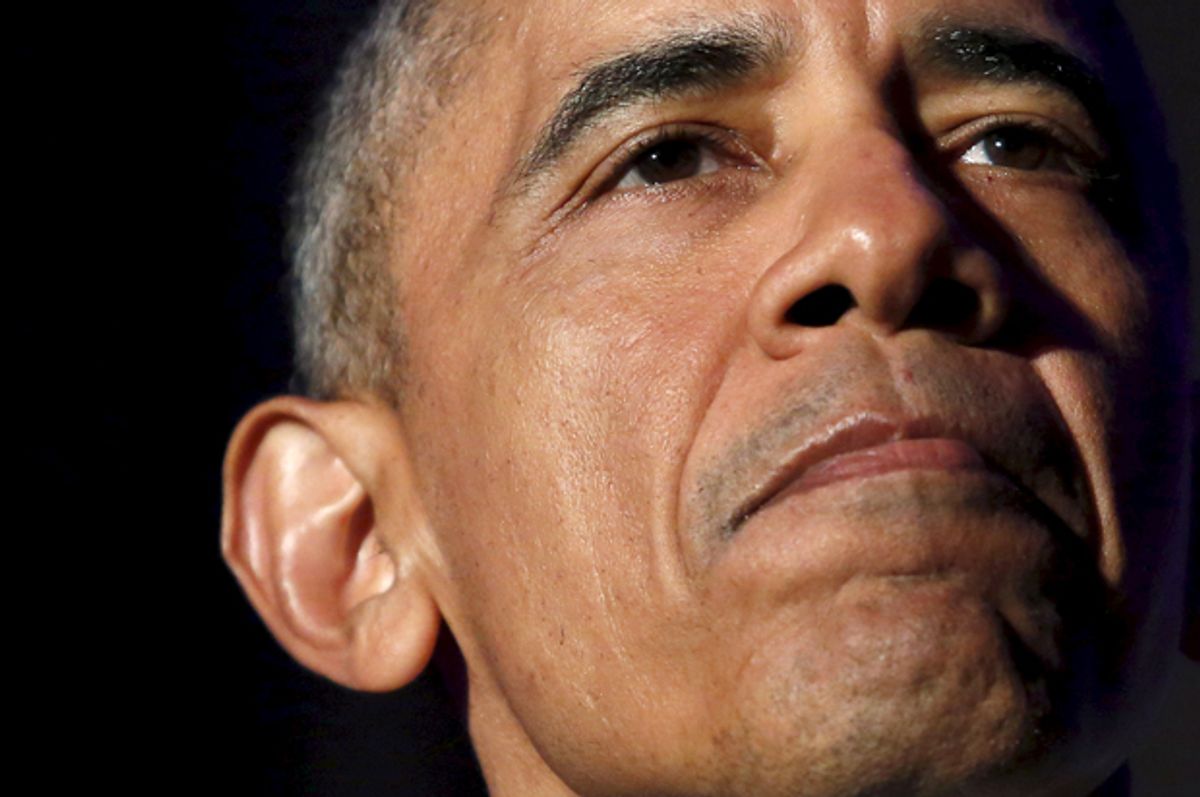 Racism may be the single most important feature of contemporary American politics and the key to understanding the Obama Presidency. This is not to say that other things don’t matter: class, gender, religion, region all certainly affect political views. But if you want to understand the broad contours of American politics today, you need to examine race. Previously, I’ve argued that whites are rapidly leaving the Democratic Party because of racism. But in his new book, "Post-Racial or Most-Racial," political scientist Michael Tesler makes a powerful argument that race has affected even seemingly non-racial parts of American society.

Are whites rejecting Obama, but still voting for Democrats?

One critique raised in response to my piece on the white exodus from the Democrats is that whites may have rejected Obama, but still voted for other Democrats, or maintained a Democratic Party identification. However, Tesler finds strong evidence that racial attitudes are increasingly important in determining House vote preference. He writes that,

district-level opposition to affirmative action explained 42 percent of the variation in 2006 election returns compared to 60 percent of the voting differences across districts in 2010… In fact 90 percent of Republican candidates from districts that scored in the top quartile in racial conservatism won in [2010], compared to 75 percent in 2006.

However, Republicans who ran in less racially conservative districts were no more likely to win in 2010 than in 2006. He also finds that changes in Republican vote share between 2002 and 2006 can’t be explained by racial conservatism. Tesler shows that on every dimension of racial attitudes, racial conservatism has become a stronger predictor of Republican party identification, spiking in 2008 (see chart). Using General Social Survey (GSS) panel data (panel data interviews the same respondents over a period of time) from 2006 to 2010, Tesler finds that, "the most racially resentful grew about 12 points more Republican than their least racially resentful counterparts from before to after Obama’s presidential nomination." This finding also held examining the Cooperative Campaign Analysis Project panel data (from 2007 to 2011). However, Tesler doesn’t find a strong effect for racial resentment examining the American National Election Studies (ANES) 2000-2006 panel data. This suggests that Obama did indeed cause racially conservative whites to leave the Democratic Party

(I reviewed other research supporting this argument here.)

There are other studies that support the idea that race can strongly influence voting patterns. In a fascinating study, Harvard political scientist Ryan Enos uses the destruction of public housing in Chicago to explore racial threat. He finds that when the public housing project was destroyed, whites living near the housing became less likely to vote. He also finds that whites who lived closer to the housing projects voted more conservatively than whites living further away before the projects were demolished. The earliest research in this vein was from V.O. Key’s pioneering study arguing that in areas with a large Black population,“a real problem of politics, broadly considered, is the maintenance of control by a white minority.”

A study by Micheal Giles and Melanie Buckner finds that white support for David Duke during his 1990 Senate campaign was linked with the share of a county population that was Black. Other research linked the Black share of the population with white votes for George Wallace in 1968.

Why did it take so long?

For many observers, the idea that there might even be racially conservative whites who still identified as Democrats may be suspect. After all, whites have been leaving the Democratic Party for decades -- how are any left around? Further, even before 2008, it was considered more racially liberal than the Republican Party. But Tesler argues that these effects were most powerful for politically informed individuals, and that for many, Obama’s election signaled the Democratic Party’s position on race. (Other research shows a similar effect from Jesse Jackson’s 1984 campaign.)

He also finds consistent gaps in the share of whites who rated the Democratic candidate as more supportive of “Aid to Blacks” as the Republican candidates. For college educated whites, 70 percent consistently rated the Democrat as more supportive. For non-college educated whites, 42 percent did between 1988-2004, but 55 percent did in 2008 and 64 did in 2012. Thus, Obama, and the racially charged response to his Presidency led more racially conservative whites to align with the Republican party. Essentially, Obama’s election and presidency has “sorted” the parties further along racial attitudes.

Race is affecting everything

How does this impact American politics? Tesler finds that the racial resentment among a representative's constituents strongly predicts their vote on the government shutdown, but doesn’t strongly predict votes on the re-authorization of the Violence Against Women Act (VAWA) (see chart). He also finds that when whites were asked about identical healthcare policies, racially resentful whites were more supportive of the policies when told they were proposed by Clinton, rather than Obama. The future of race in America

It’s unlikely these trends will abate in the near future. The Obama-era has led the two parties to become increasingly sorted on the issue of race. This sorting hasn’t completed entirely, however. My examination of ANES suggests that high-knowledge whites are still more strongly sorted by racial attitudes than lower-knowledge whites. The chart below shows party ID among whites, based on racial stereotypes and political knowledge. The left side shows individuals with the lowest political knowledge (based on questions about whether they know the current secretary of Treasury, unemployment rate, etc.) and the right shows individuals with the highest political knowledge. (There are four questions. Those on the left got all wrong, those on the right got all four correct.) Among whites with low political knowledge, there is very little difference in party preference between those who say Blacks are lazy versus hard-working. (Those who said Blacks were hard-working were more likely to identify as independent.) However, among high-information whites, those that racially stereotype Black people are far more likely to identify as Republican than those who do not. Thus, there may still be more polarization to come.

However, there has been another effect of the Obama era: Whites who are more racially liberal who may have been in the Republican Party have shifted to the Democratic side. In addition, Asian Americans, Muslims and Latinos, sensing the racial resentment on the right, may be more likely to align with the Democratic Party. Being the party of white backlash in an increasingly diverse nation isn’t a long-term strategy, and it’s more difficult to see the GOP pivoting now that the party has embraced Trumpism (even if not Trump).

There is a dark side of this racial polarization. As I’ve shown with political scientist Jason McDaniel and sociologist Philip Cohen, racial animus is driving support for Trump. His rhetoric has already moved passed dog-whistles into outright white supremacy. His refusal to disavow the KKK and endorsement of racist violence has terrifying consequences for American political discourse. In his essay early in Trump’s rise, Evan Osnos noted how Trump has empowered white supremacists and even encouraged some to run for office. Once these attitudes are let loose, they can be difficult to bottle back up. American politics will remain divided by race - but this time white supremacists might lose.