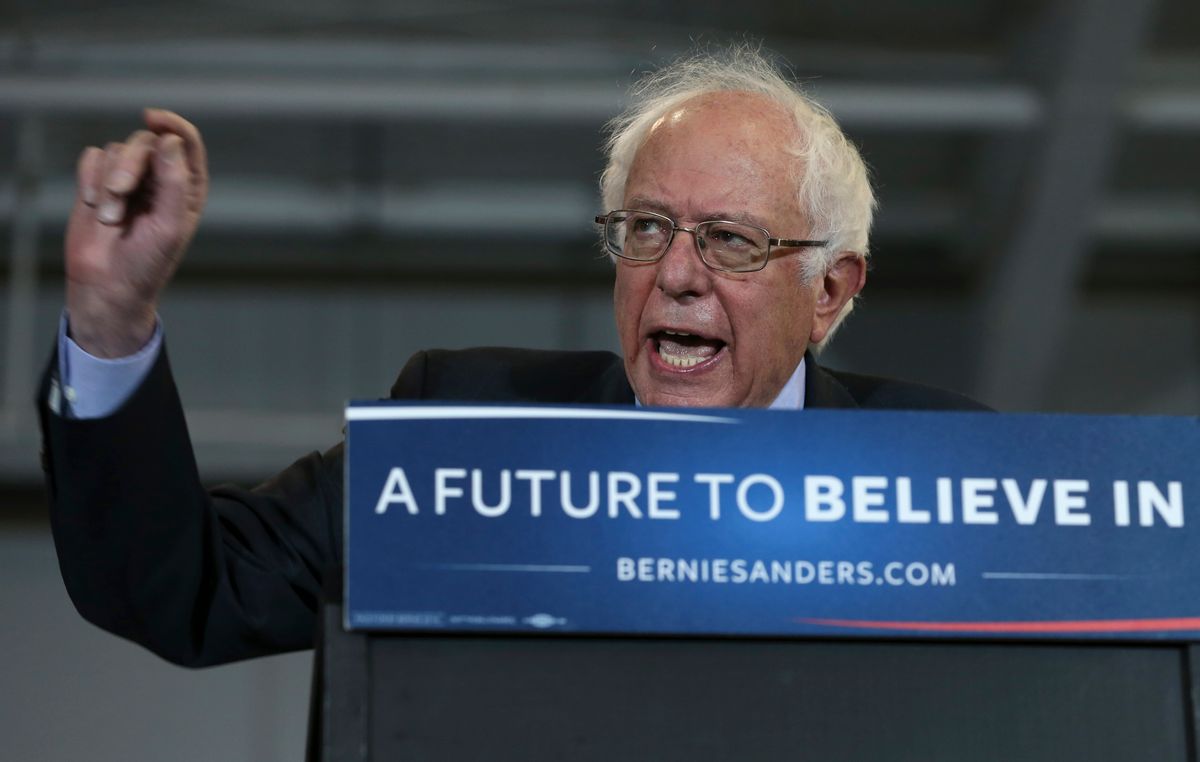 Since that last NBC/WSJ poll conducted March 3-6, Sanders suffered a Super Tuesday rout only to see his campaign take eight of the next nine contests. Now the latest national poll, released Monday and conducted April 10-14, finds Sanders with his highest standing yet and within two points of Clinton nationally -- 48 percent to Clinton's 50 percent.

The NBC/WSJ poll shows Clinton's support with women, black voters and even voters over the age of 65 slipping after more than half of the country has already voted in Democratic primaries and caucuses.

The NBC/WSJ poll is just the latest national poll to see Sanders' support surging in the final stages of the campaign even while his numbers in the key states he'd need to mount a comeback remain stubbornly steady. A Bloomberg Politics national poll out late last month found Democratic voters nationwide evenly split between Clinton and Sanders. As did a poll conducted by The Atlantic and the Public Religion Research Institute released last week.

Still, this isn't exactly great news for the Sanders campaign. As Sanders admitted to his supporters gathered in New York's Washington Square Park last week, “this is a tough race for us,” citing the state's closed primary system and its onerous requirement that voters seeking to change party affiliations in order to vote in the primary do so by October 2015, leaving many Independent voters without a voice in the state's primary. More than 3 million people — about 27 percent of New York voters — were registered outside the Republican and Democratic parties as of April, and are therefore ineligible to vote on Tuesday. And as the Washington Post pointed out, Sanders' win margins have been padded by his overwhelming support among Independent voters:

In Michigan, where Sanders won his greatest upset, Clinton beat him by 18 points among self-identified Democrats, according to exit polls. In Oklahoma, one of the few states that Clinton won in 2008’s primary but lost this year, she beat Sanders by nine points with Democrats. In Wisconsin, Sanders won overall by 13 points; he split the Democratic vote with Clinton 50-50.

In New York, whose closed primary tomorrow may serve as one of the most extreme examples of Sanders' advantage with Independents serving as a disadvantage, a last-minute law suit is expected to be filed Monday for an emergency declaratory judgment deeming millions of voters whose registration was switched from Democrat to unaffiliated, eligible to vote on Tuesday.

“This is our attempt to provide a means of recourse for those thousands of New York voters who find themselves in this very frustrating position, and to raise awareness about the need for a new level of accountability in the electoral process,” said Shyla Nelson, a spokesperson with Election Justice USA, which is filing the lawsuit in New York federal court on behalf of just some of the affected voters.

Some New York voters say they were registered as Independents without their knowledge or consent in the aftermath of Hurricane Sandy as Democratic Governor Andrew Cuomo signed an emergency measure allowing New York residents to vote at any precinct via affidavit ballot.

“Apparently when I signed that affidavit my party affiliation was waived,” one New York voter who said she had been a registered Democrat since 2008 wrote on Reddit.

The situation in another big state yet to vote is looking only slightly better for Independent Sanders voters. A blockbuster new report found that up to half a million California voters may be blocked from voting in either the Republican or Democratic primary on June 7. While unlike Republicans, California Democrats do allow registered Independents, delineated as "no party preference" on the registration rolls, to vote in their primary, hundreds of thousands of California voters are unwittingly registered with the ultra right-wing American Independent Party.

A Los Angeles Times investigation found that "nearly 3-in-4 people did not realize they had joined the party." A bipartisan team of pollsters contacted a list of 500 AIP members, after filing a public records request, and determined that "fewer than 4% could correctly identify their own registration as a member of the American Independent Party."

The Times concluded that "a majority of (AIP) members have registered with the party in error." Unlike registering as "no party preference," voters registered as members of AIP can only participate in AIP's primary. The Party's platform is much closer to Donald Trump's vision for America than Sanders', as it opposes abortion rights and same-sex marriage and calls for building a fence along the entire United States border. The Times found that more than 50 percent of those polled said they wanted to leave AIP after being read parts of the party platform -- even a few Hollywood celebrities.

Luckily for Sanders, voters have until May 23 to change their party affiliation.