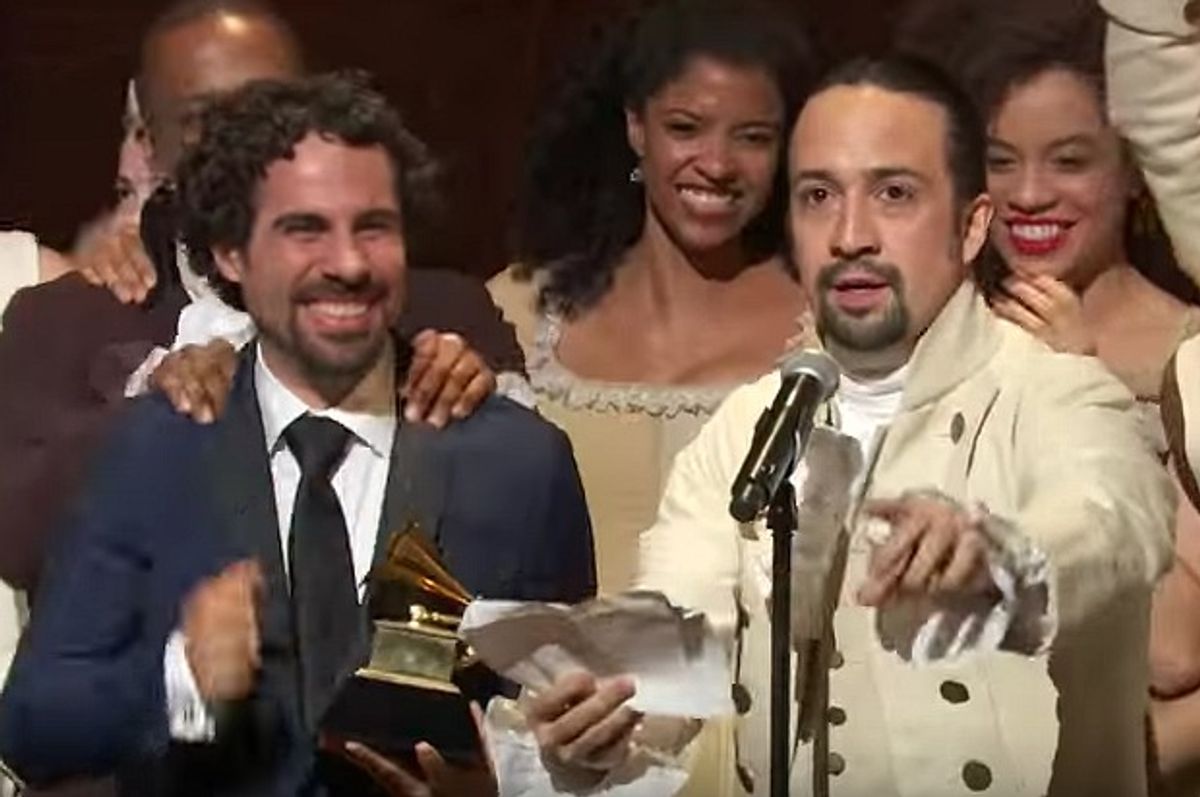 America's most heralded new Broadway sensation is now a Pulitzer Prize winner and its biggest fans on social media are predictably freaking out with joy.

"Hamilton,"a thrilling hip-hop musical that retells the story of one of the nation's founding fathers, was announced as the 2016 Pulitzer winner for drama on Monday. Its seemingly ubiquitous composer and star Lin-Manuel Miranda quickly reacted to the news on Twitter:

“It is a tremendous honor to even be considered for this very prestigious award," Miranda, already a Grammy winner and a McArthur Foundation “genius” grant recipient, said in a statement.

Quiara [Alegria Hudes] and I were elated to have been recognized as finalists for In The Heights, so to win today for Hamilton is beyond my wildest dreams. This award is for everyone who has been a part of Hamilton’s six plus year journey.  To be the ninth musical to ever win the Pulitzer Prize for Drama in its 100 year history is truly humbling for all of us.  For Hamilton to now be in the same company as Of Thee I Sing, South Pacific, Fiorello!, How to Succeed in Business Without Really Trying, A Chorus Line, Sunday in the Park with George, Rent, and most recently Next to Normal is outside of our own comprehension. Look at where we are. Look at where we started.

As other winners of the 100th annual Pulitzer were celebrated on various social media platforms, praise for "Hamilton" seemed to suck all the attention on Twitter as  #YayHamilton began trending late Monday afternoon:

Bonus: Watch Lin-Manuel tell NBC News' Lester Holt about his hopes for "Hamilton" to serve as an accessible history lesson for today's schoolchildren: