Hillary's hot sauce long con: If Clinton is pandering with this latest food revelation, it's the most impressive suck-up ever

Hillary's problem with authenticity is so bad, it's easy to believe she time traveled back to '92 to plant the seed 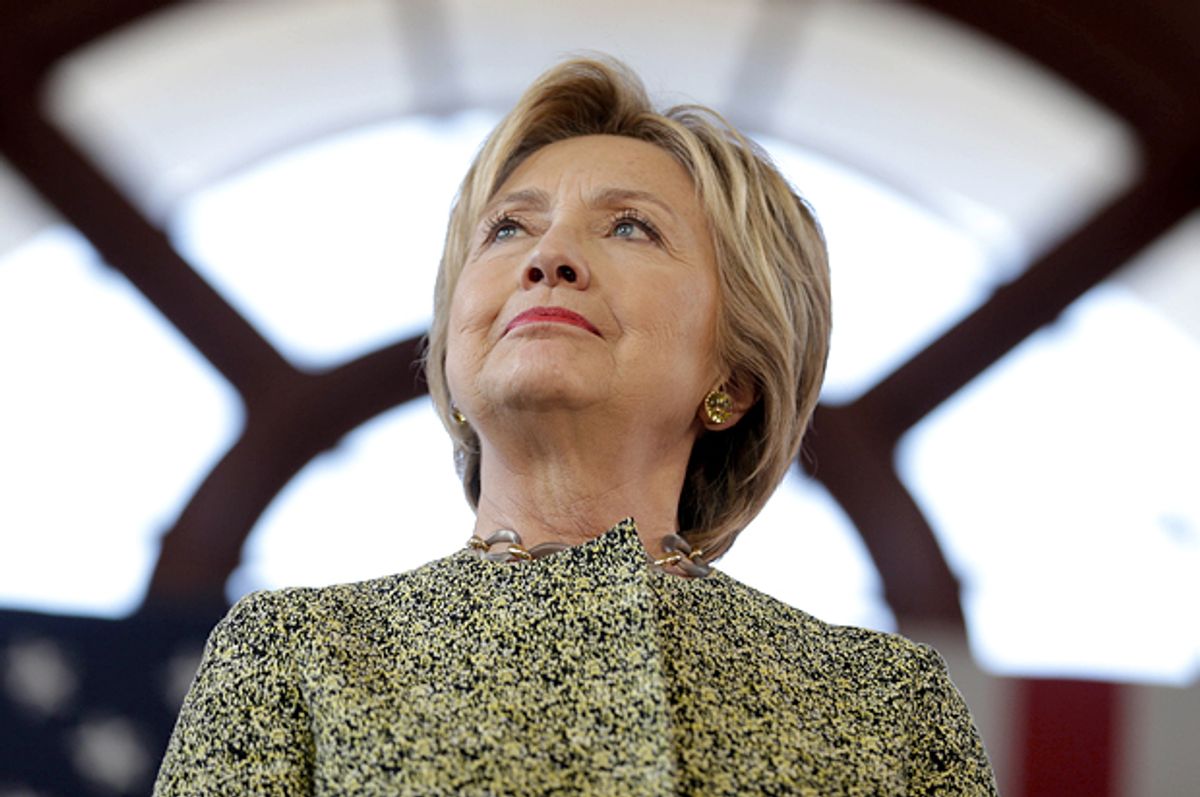 The difficult thing about interpreting Hillary Clinton is that she’s often so uncomfortable when she’s not talking policy, or so calculated when she is, that people tend to take every answer as an example of pandering. That’s the case with her latest revelation: That she carries hot sauce in her handbag. Coming just two months after the release of Beyoncé’s “Formation” single, with its much-quoted line about hot sauce, it seemed to some like an attempt to grab onto the African-American experience.

Given what the Philadelphia cheese-steak can do to politicians in the Northeast – branding them as outsiders if they order the wrong cheese on their sandwich – Clinton is smart to be careful here. But so far she’s getting mixed results for her statement on Power 105.1’s “The Breakfast Club.”

TMZ calls it a “a clear attempt to snag New York's black vote.”

So there are a couple of possibilities. One is that Hillary Clinton really does like hot sauce and carries it around with her so she can season her food. The other is that she’s been building an elaborate long con over hot sauce – because she’s been talking about it at least since 2008. A New York Times piece got at Clinton’s love of hot peppers, based on a “60 Minutes” interview:

“I eat a lot of hot peppers,” she told CBS News anchor Katie Couric, who had asked her how she maintains her stamina on the campaign trail. “I for some reason started doing that in 1992, and I swear by it. I think it keeps my metabolism revved up and keeps me healthy.”

Apparently she kept 100 bottles of hot sauce when she was in the White House. In 2012, she told Conde Nast Traveler about bringing red pepper and Tabasco on her trips as Secretary of State. And late last year, she and her staff talked about peppers and farm stands.

To Clinton doubters, perhaps this is all just something she’s been planning since Bill’s election. Could it be that Hillary has built an elaborate myth around herself as someone who is not as bland as she seems but is actually edgy, gutsy, and working so hard she needs to eat food that a lot of white Middle Americans consider too spicy so she can keep moving at high speed?

What remains amazing about Hillary Clinton is her ability to attract conspiracy theories: It was true in the 1990s, when her husband was president and she was accused of having killed Vince Foster. More recently, she’s become responsible for the attacks on Benghazi. The NRA thinks she’s been plotting to take people’s guns away.

Given what she’s been accused of in the past, charges of plotting over hot sauce seem mild by comparison. Some pundits are going to say that this doesn’t matter much, and that political observers should pay attention to policy and not what politicians eat. There's something to that.

But here’s another way of looking at it: If Hillary Clinton predicted the impact of Beyoncé in 1992, saw her own likelihood of running for president decades later, and began eating raw peppers and carrying little bottles around in her purse back then, she’s not really a panderer. She’s the candidate we want debating Ted Cruz or Donald Trump. She's the president who can deal with a Republican Congress. She’s the leader who can go head to head with Vladimir Putin. If you’re on the fence about Hillary Clinton, her calculating quality is what will make her an effective president. Given that politics is at least half theater, maybe the Democrats should nominate someone who's comfortable playing a role?
[jwplayer file="http://media.salon.com/2016/04/4.18.16.pepperhillary.patricewaite.mp4" image="http://media.salon.com/2016/04/Screen-Shot-2016-04-18-at-5.20.26-PMPatrice.jpg"][/jwplayer]