"It keeps my immune system strong": Here's video proof that Hillary Clinton has been talking about hot peppers for a long time

If Clinton is pandering with her love of hot sauce, she's been running an epic long con 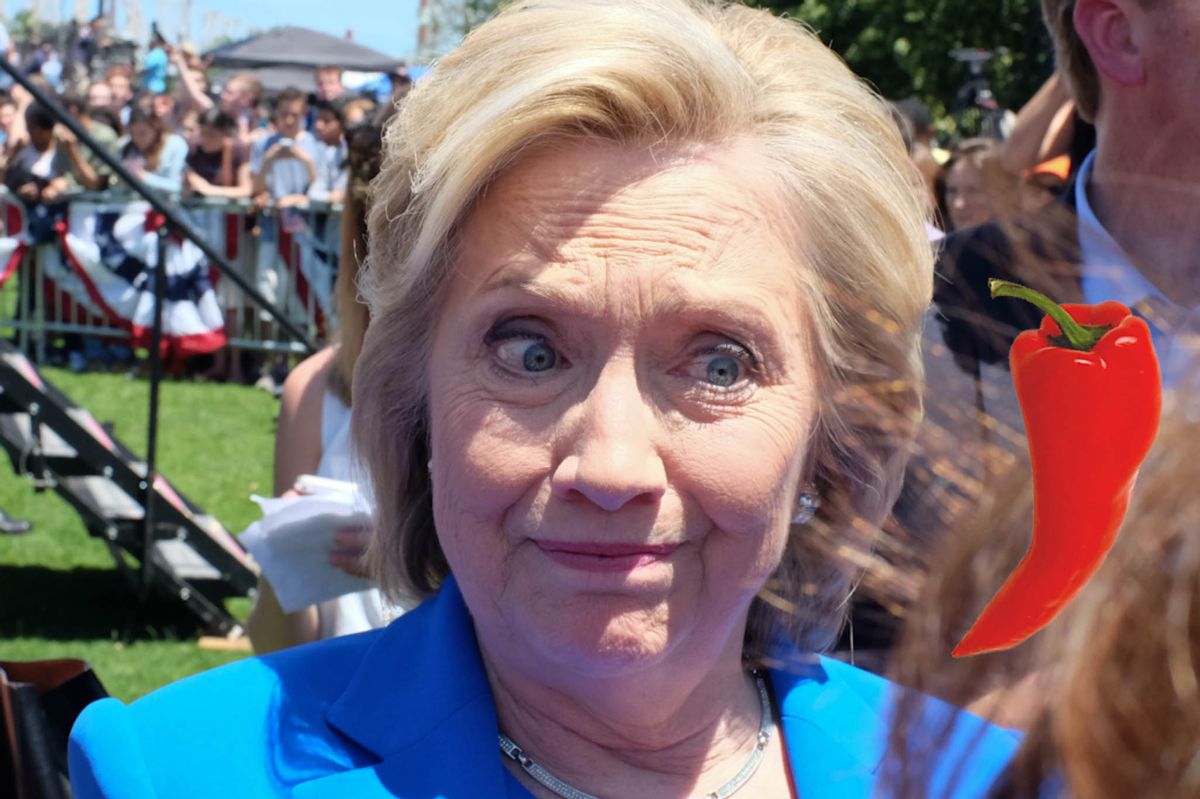 Hillary Clinton did an interview on Power 105.1’s “The Breakfast Club" where she claimed to carry hot sauce in her handbag. The internet, and the host of the show, immediately jumped on the presidential candidate for pandering to black voters.

Host Charlamagne Tha God said to her, “Now listen, I want you to know that people are going to see this and say, ‘She’s pandering to black people,’”

Clinton’s response was shameless: “Okay, is it working?”

But the truth is Clinton has been promoting the health benefits of hot peppers for years — so if Clinton is pandering, she's been running an epic long con for nearly 20 years.

A New York Times piece got at Clinton’s love of hot peppers, based on a “60 Minutes” interview:

“I eat a lot of hot peppers,” she told CBS News anchor Katie Couric, who had asked her how she maintains her stamina on the campaign trail. “I for some reason started doing that in 1992, and I swear by it. I think it keeps my metabolism revved up and keeps me healthy.”

Here is more video evidence that this time Clinton is being authentic Hillary - although surely there are other things she regularly carries in her purse.