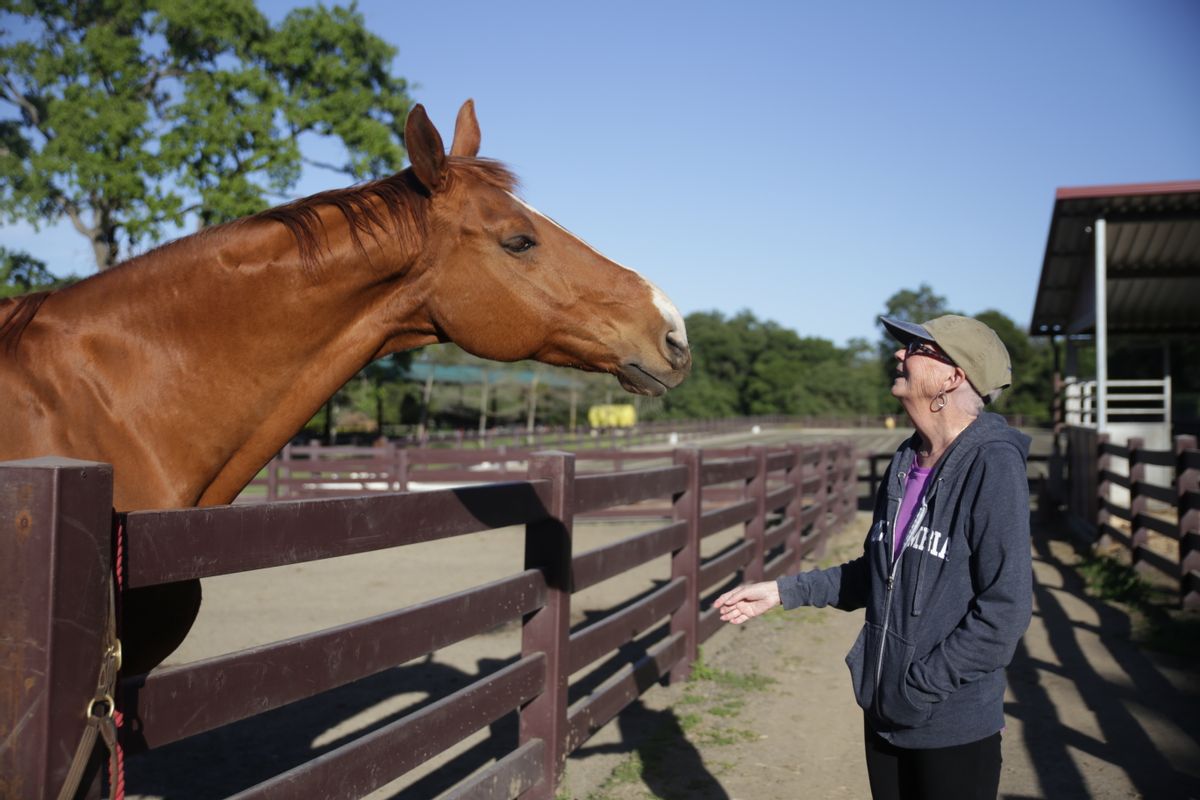 She had just retired after 30 years of social work and was planning to travel and sing in a choir. But very quickly that all changed. My mom, who rarely had a cold in her entire life, was rushed to a very serious surgery that required weeks of painful recovery followed by months of chemotherapy.

The four rounds of chemo caused my mom to throw up regularly and to lose her hair and energy. The cold in her limbs was so extreme that she had to wear a scarf and gloves just to open the refrigerator or step outside of the house. She lost 30 pounds and food — the thought of it, the eating of it — became a never ending battle.

The worst part about chemo was that it made her so sick that she couldn't do any of the little things in life that gave her joy — reading the paper in the morning with a cup of tea or having long phone conversations with my sister were impossible. But my mom made it through the darkest days with a shocking amount of gratitude and smiles for the short painless moments — and hope that it would get better.

After four rounds the doctors said enough. The tumor had not shrunk but it had not grown either — which in the world of cancer is very good news.

The next step was radiation therapy administered by a truly competent and hopeful medical team, led by Dr. Albert C. Koong at Stanford University. It would last 27 days and she would stay in an apartment across the street from her doctors and in the end, in the best case scenario, the treatment would kill the cancer cells in her tumor. We are still waiting to hear the results.

Radiation, as my mom put it, was a gift. She gained weight, had renewed energy and rarely threw up. She was also able to take walks again and read books and watch the news — all things she loves and could also not do while taking chemo drugs.

I filmed my mom’s last day of radiation because every time she talked about how lucky she was or showed curiosity, interest or joy in her world, I felt inspired. I really want others, whether you have cancer or not, to also find inspiration in her story.

There have been moments since she was diagnosed that are so painful they hurt to remember but too real for me to ever forget — but my mom, and best friend, remains the most joyful person I know.