Bernie Sanders isn't a Democrat: And that's a real problem when he needs Democrats for his "revolution"

Sanders has downplayed his disassociation with the party, but his recent behavior shows why it matters 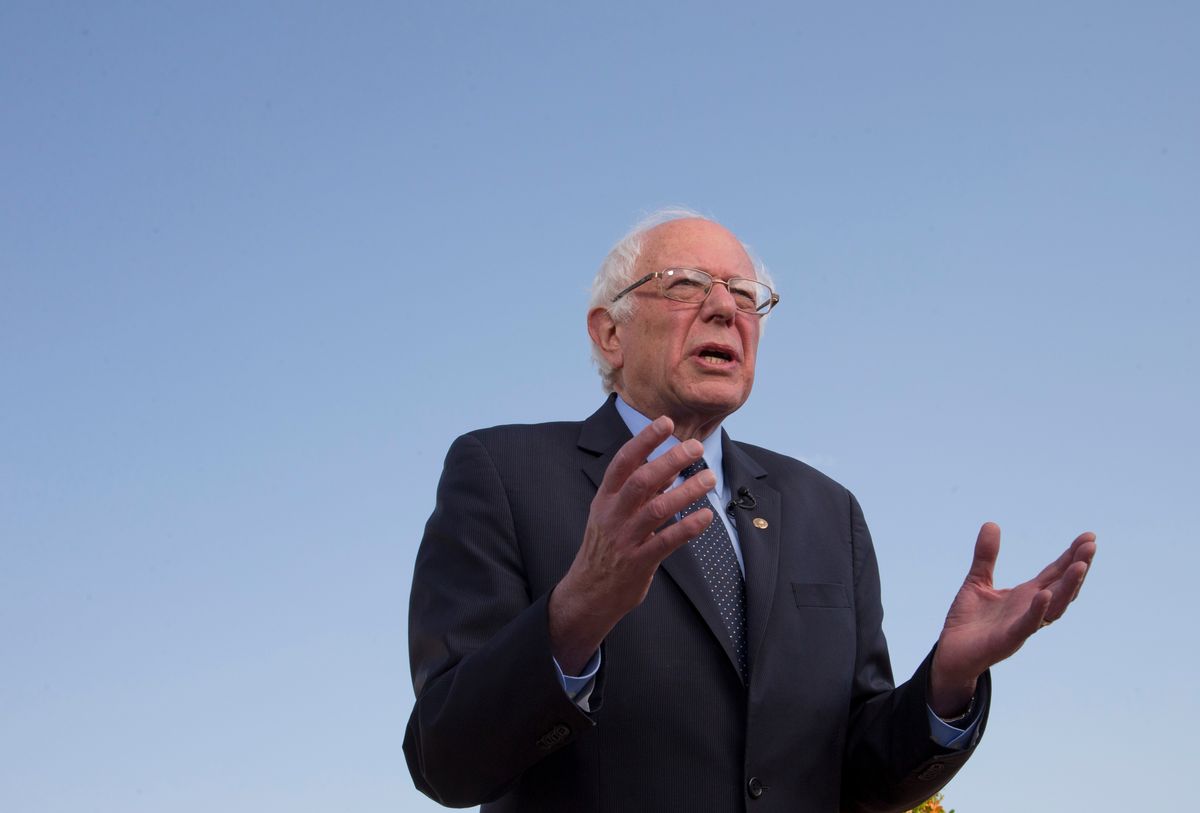 Is Bernie Sanders a Democrat? It's a question that has mostly been ignored during this primary season, even though Sanders continues to identify as an "independent" in his senate work while trying to get the Democratic nomination for president.  Sanders has been downplaying this, however, and portraying himself as a Democrat during this campaign, saying during a town hall earlier this year, "So of course I am a Democrat and running for the Democratic nomination."

Except....he's really not. As Sanders notes, he caucuses with the Democrats and has a committee appointment given to him by the Democrats, but he isn't a Democrat. He could have run for the senate as a Democrat. No one was stopping him running as a Democrat. His refusal to was a freely made choice and he made it for a reason. The odds are that Sanders returns right back to being an independent the second he loses the nomination.

The Sanders campaign has been minimizing his status as a non-Democrat for months now, and, by and large, the Clinton campaign has been hands off about it, letting Sanders portray his non-Democratic status as a whimsy instead of a serious choice to distance himself from the party. But, as the race has intensified going into the New York primary, Clinton has decided to make more of an issue of it.

"He’s a relatively new Democrat, and, in fact, I’m not even sure he is one," Clinton said on MSNBC earlier this month. "He’s running as one. So I don’t know quite how to characterize him. I’ll leave that to him."

On the campaign trail, Clinton has been hitting this talking point hard, and it appears to be working in her favor.

"The biggest applause lines always have to do with Sanders’s recent status as a Democrat," Joan Walsh of Nation wrote this week after attending multiple Clinton events around New York City.

Sanders has repeatedly argued that his disassociation from the party is inconsequential, a line that has become harder to sell in light of a recent dust-up over party fundraising.

Clinton supporters have been noting for weeks now that their candidate does a lot of down-ticket fundraising and the Sanders campaign does not, but things really came to a head when Sanders started castigating actor George Clooney for hosting a pricey fundraising event for Clinton. Things intensified when Sanders supporters showed up at the fundraiser to protest the event.

The problem, which was quickly revealed (with no small amount of glee from the Clinton camp), was that the majority of the money Clooney was raising was not for Clinton at all, but for down-ticket candidates. It's a fairly common fundraising strategy that both parties use, where presidential candidates use the heavy amount of press attention they get to attract big-dollar donations that are shared with down-ticket candidates.

The whole situation is leaving a lot of egg on Sanders's face. One of the major weakness of the Sanders campaign is the candidate's inability to articulate exactly how his "revolution" is going to work in the current system of government we have. Sander is making a lot of big promises — free college and single-payer health care being two of the biggest — but, as his critics routinely point out, there's a small problem, which is that legislation like that needs to come from congress. You know, the same congress that barely passed the Affordable Care Act with a Democratic majority. You know, the same congress that currently has a Republican majority.

When asked about this problem, Sanders has been dismissive, saying that we need a "political revolution" that changes the make-up of congress, while strongly suggesting he's the guy who will helm such an effort. It's a dazzling idea, this notion of a nationwide awakening where a groundswell of bright-eyed liberal Democrats rise up to take congress and usher in our new era of free college and no insurance premiums and jail time for those sneering jocks you hated in college that became finance douches as adults.

It's an enticing fantasy, but making it a reality requires the boring, mundane work of getting liberals, most of whom are Democrats (unlike Sanders), elected to office. It requires building relationships and doing unromantic things like organizing, which is best accomplished by joining and working within a party.  It requires fundraising and promoting people not named "Bernie Sanders", something the Sanders campaign has shown very little interest in doing.

Clinton, however, has shown interest in helping Democrats get elected to office. And when she teamed up with a movie star to get that done, Sanders cried foul and his supporters protested it.

This sort of thing is why it matters that Sanders is not really a Democrat. On the contrary, it is starting to look an awful lot like he and his campaign have it out for the Democrats, which is why he didn't join the party and why his instinct, when he sees Democrats actually trying to get elected, is to attack them for it. Sanders says, repeatedly, that he doesn't want the Republicans to win, but his behavior suggests he doesn't exactly like the Democrats winning, either.

This situation was made worse by a recent incident where Paul Song, an activist and Sanders supporter, made a speech railing about "Democratic whores". Sanders denounced the word choice, which was criticized for being sexist, but didn't say diddly squat about Song painting the Democrats, i.e. the people you need for this so-called "revolution", as the enemy.

It's a bad look. It confirms the ugliest suspicions about Sanders and his campaign, which is that they are more interested in their own self-regard as pure and noble people than in actually getting stuff done. Or, as Robin Alperstein put it in a recent piece on Medium, Sanders is "less interested in actually accomplishing anything than he was in staging protests where he could claim some kind of moral high ground".

The Sanders campaign has now switched to damage control mode to discourage concerns that Sanders really means it when he acts like he's too good for the sullied Democrats. On the positive front, the campaign announced that they were starting to fundraise for three congressional candidates.

But then, in a sleazy move that is more reminiscent of Republican dirty tricks than progressive campaigning, the Sanders campaign sent a letter to the DNC implying that Clinton's down-ticket fundraising is a fig leaf for her to raise more money.

The move is clearly not a genuine effort to expose any malfeasance. Rest assured, the DNC knows how these dual-fundraising efforts, which are standard in politics, work. Nor is it meant to expose any illegal behavior, or the Sanders campaign would have sent the letter to the FEC instead of the DNC.

No, this is clearly about using the confusing and complicated infrastructure of party fundraising to imply corruption that isn't there. It's about feeding public perceptions that Clinton is dirty right as New Yorkers go to vote in the primary. Perceptions, it is worth remembering, largely created by the right-wing noise machine that has been spewing bullshit about the Clintons for two decades now.

It's reminiscent, in fact, of what the Republicans in congress are doing with the endless Benghazi and Planned Parenthood hearings. It's all legal theatrics that, if you look past all drama, never seem to turn up evidence of any illegal or corrupt behavior.

The choice to act like right wing nuts screaming about Whitewater and Benghazi is a telling one. Sanders's refusal to be a Democrat has largely been written off as a charming eccentricity, but now it's starting to look like something uglier: Prioritizing one's egotistical interest in individual purity over the political realities of organizing, perhaps. Or worse, a Republican-like irrational hatred of Democrats. Either way, for a man who wants to be the head of the Democrats, leaking distaste for the people who actually do the work of creating the party is a bad move.