"He's lobbing bombs and missiles from his perch at the New York Times," the Lethal Weapon star wrote 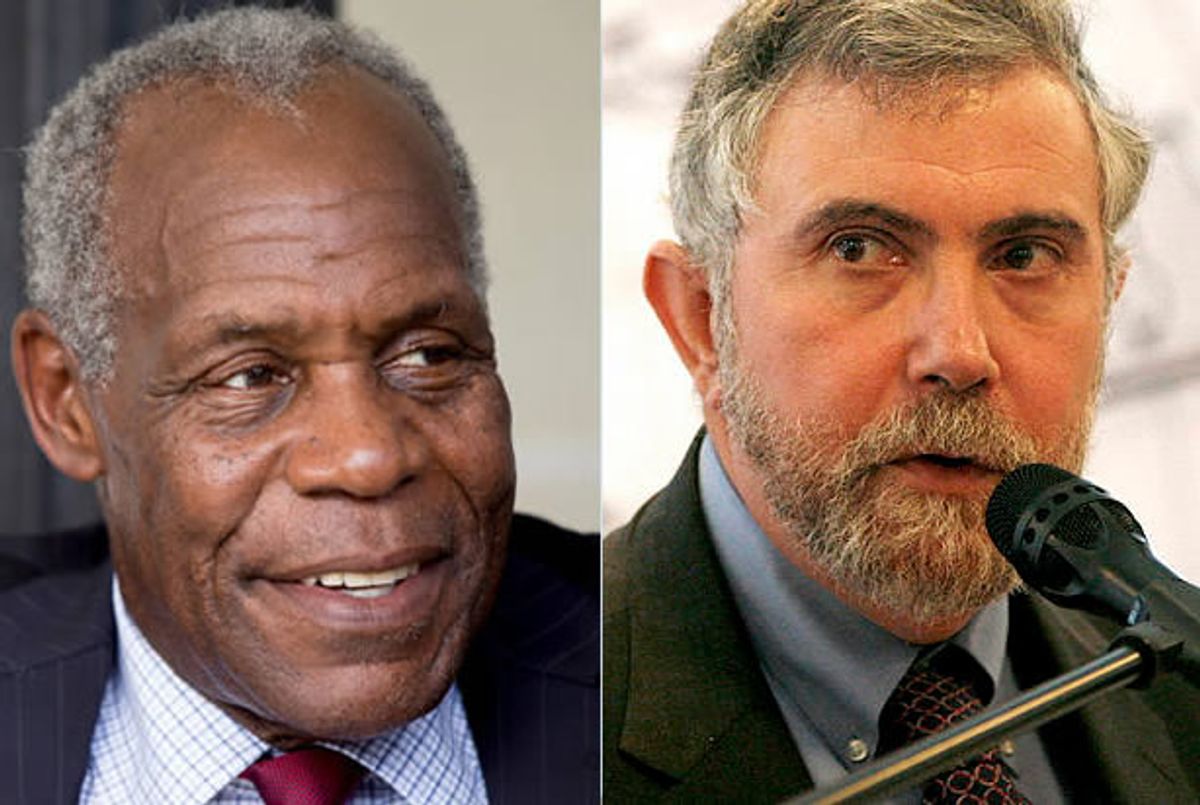 Lethal Weapon star and Bernie Sanders supporter Danny Glover isn't happy with the New York Times' Paul Krugman, and he took to the Huffington Post on Monday to express his dissatisfaction.

Krugman has, admittedly, been hammering Sanders hard -- he even resorted to calling the Vermont senator one of his own "bros" last week -- and Glover is clearly tired of this implicit support for the Hillary Clinton campaign.

"Paul Krugman has been waging a one-man war against Bernie Sanders, lobbing bombs and missiles from his perch at the New York Times, in column after blog post after column," Glover wrote. "It is interesting that has chosen to repeatedly smear Bernie, ad nauseum, rather than try to promote some positive qualities about Hillary Clinton or her record, about which he has said very little."

Glover was particularly incensed by the claim that Clinton "won big in the South" because Sanders didn't court and can't appeal to the black vote. "[T]his is nonsenese," he said. "The white voters who would vote for a progressive, populist candidate like Sanders are lacking in the Democratic primaries in Southern states. This is a reasonable observation and does not imply in any way that African-American voters are not 'real Democrats.'"