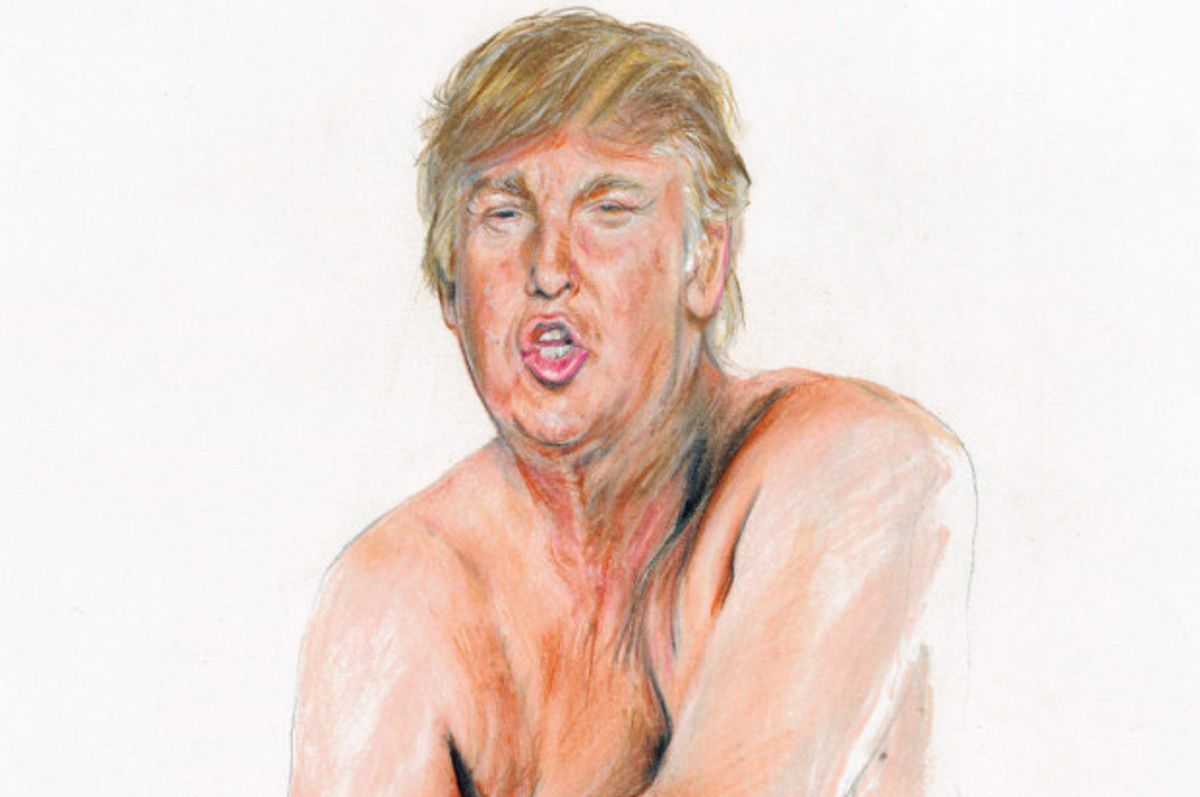 (Editor's note: This post includes an embedded image that is NSFW)

Since originally posting a picture of her controversial drawing on Facebook (which subsequently censored the image), Gore has been "threatened with suit" following "an anonymous filing of a Digital Millennium Copyright Act."

The piece (11"x14" pastel based pencils, and oil paint on paper) is currently housed in London, at the Maddox Gallery in Mayfair.

"'Make America Great Again' was created to evoke a reaction from its audience, good or bad, about the significance we place on our physical selves," Gore wrote on her website about the portrait. "One should not feel emasculated by their penis size or vagina, as it does not define who you are. Your genitals do not define your gender, your power, or your status."

"Simply put," she added, "you can be a massive prick, despite what is in your pants."

Find the un-cropped and, of course, NSFW portrait below (Warning: For better or worse, you will never again be able to imagine Trump without a micropenis.)