Metallica's manager says YouTube is "the devil," but their take-down of kids for downloading was divisive first 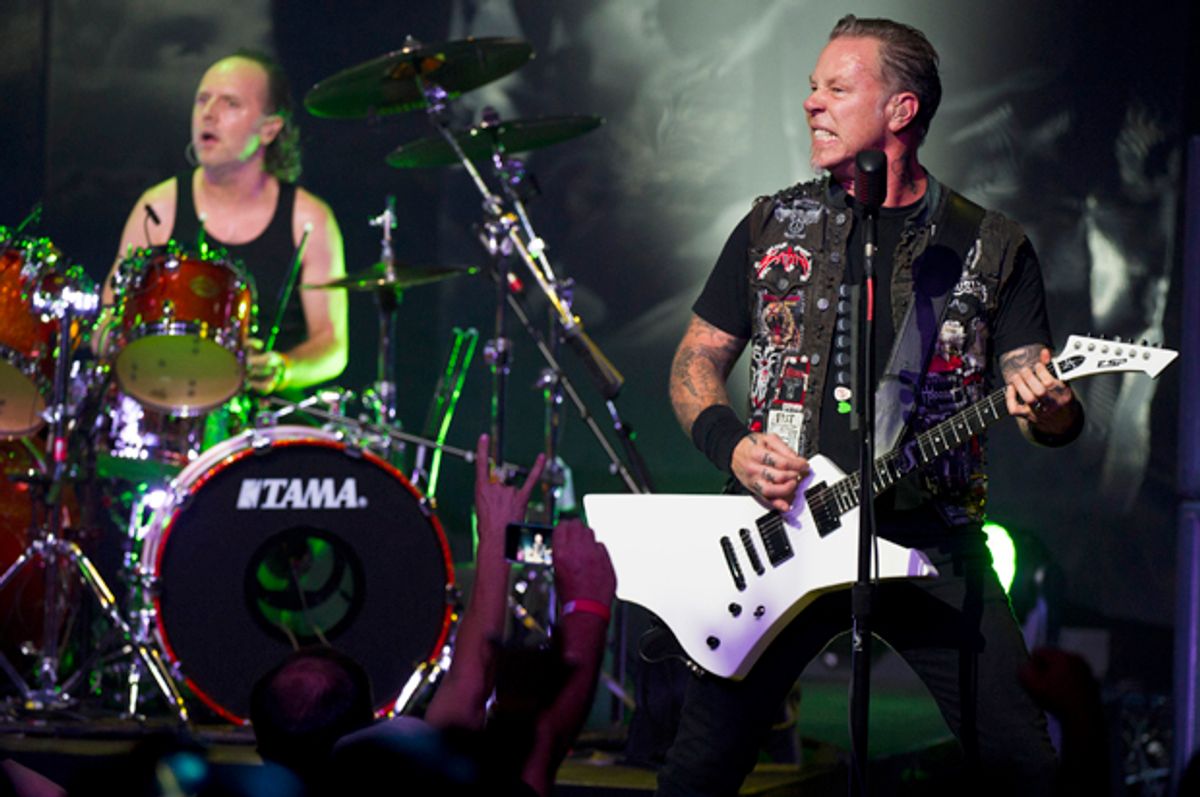 For years now, musicians have complained about YouTube – the way the site’s business model depends on ad sales alongside videos, the way users post songs without permission, and the way YouTube’s streaming service allegedly bullied independent labels into signing music over with unfavorable deals.

One advocate for musicians – Metallica manager Peter Mensch – has stepped up the rhetoric a bit. According to BBC News:

"YouTube, they're the devil," he told a BBC Radio 4 documentary on the music business. "We don't get paid at all."

He said the site's business model, in which artists make money by placing ads around their music, was unsustainable.

"If someone doesn't do something about YouTube, we're screwed," he said. "It's over. Someone turn off the lights."

Now, it’s good to have musicians and industry folk pushing back against the digital services as a way of keeping the tech corporations honest. But to liken YouTube to Satan is not especially useful. Plenty of musicians are justifiably mad about the low royalties paid for music that runs there, and getting that money to musicians still doesn’t work as smoothly as it’s supposed to.

But a smaller number of musicians – mostly very vocal ones – have found real success by posting their music there and building audiences. Digital utopians would tell you that everyone can get rich online. It’s not true, but some certainly have.

Mensch’s statement is a bit strange, though, for reasons that go beyond its overstatement: It’s a reminder that one of the reasons musicians have so much trouble getting paid these days comes from a gargantuan mistake made by… Metallica. The first big battle in the digital services vs. musicians war was fought by Metallica, and the band misfired so badly that a lot of people who’d otherwise be sympathetic turned on musicians and haven’t turned back. And younger people inherit an atmosphere in which the artists seem like the greedy ones and the tech companies are – like the fans – rebels fighting for choice and freedom.

It goes back to the age of Napster, in 2000, when the members of Metallica saw that some of their music – including an unreleased song -- was floating around on the service. Any band would be angry about this. But Metallica not only sued Napster, it tried to sue three universities where students had downloaded music. When a chauffer rolled a Chevy Blazer with drummer Lars Ulrich and band lawyer Howard King to the Napster offices, with boxes of names of 335,000 fans who’d used the service to get Metallica songs, they created a narrative for the press and tech advocates to use: Millionaire musicians against “the kids.”

“Pigs get fat and hogs get slaughtered, and I think Metallica’s hogs,” Motley Crue’s Nikki Sixx said at the time. “I think that it’s not acceptable behavior for an artist to do that to their fans. Elektra … [and] Metallica’s management, they’re puppeteering the guys in Metallica and they’re f—ing their fans, and I think it’s f—ed.” Instead of bringing musicians together over the right to get paid for their work, Metallica managed to drive them apart.

The fact that Metallica was looking for $100,000 for every violation of copyright didn’t make the band look humble. The PR was so bad that nearly every other band fled from the conflict, and even though Napster shut down a year later, Silicon Valley triumphed, and musicians got a reputation for being greedy and litigious.

It was the equivalent of the disastrous launch of the Tidal steaming service -- but since it took place at the very beginning of a conflict, it established the terms.

These days, when you talk about issues of artists rights, you’ll hear how bad the labels are, how musicians are rich and greedy, how music wants to be free, and how bands should stay on tour year round. You can’t blame Metallica for that entirely, of course. But you can’t pin it all on tech company lobbying, either.