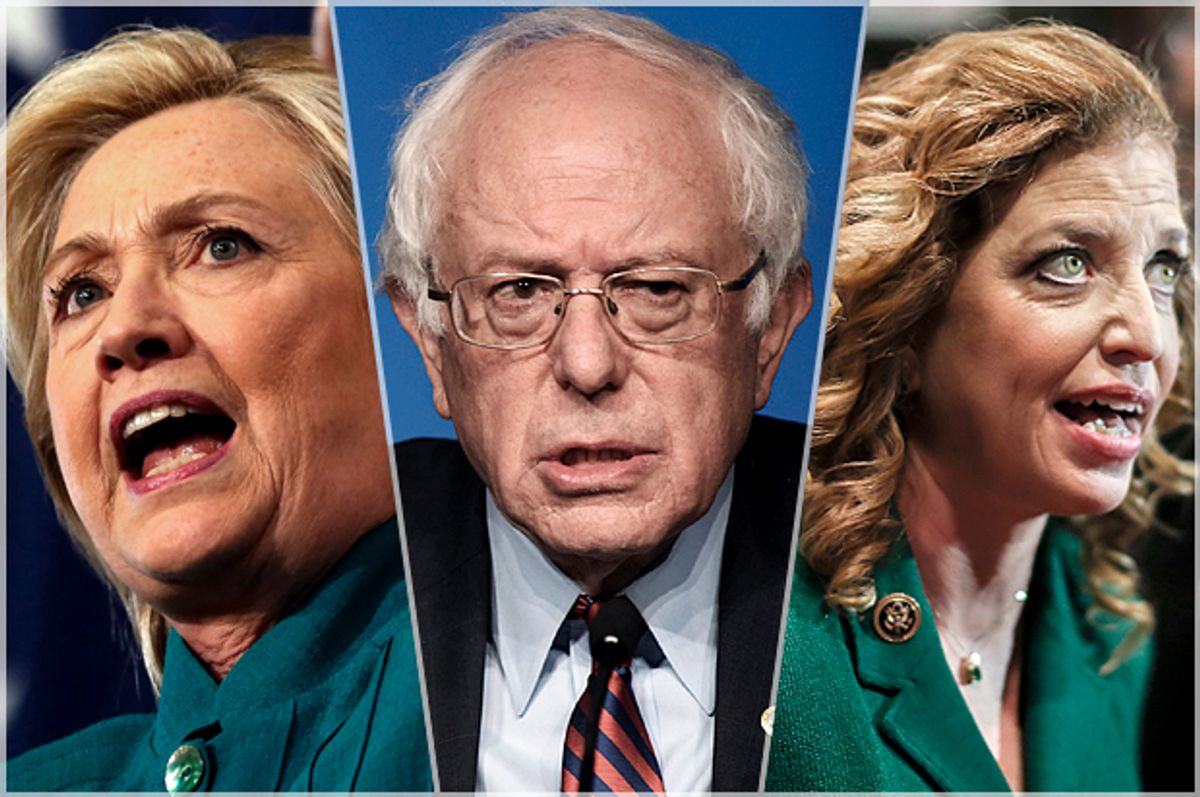 On the night before the New York primary, Team Sanders sent a carefully worded letter to Debbie Wasserman Schultz, chairwoman of the Democratic National Committee, accusing Hillary Clinton of violating campaign finance rules. Written by Brad Deutsch, an attorney for the Sanders campaign, the letter questions whether Clinton has benefited illegally from a joint fundraising committee known as the Hillary Victory Fund.

The HVF was created by the Democratic National Committee and Clinton's super PAC Hillary for America as a means of raising funds both for the Clinton campaign and for down-ballot races across the country. In principle, individuals can give over $350,000 to the joint fundraising committee if they donate the maximum amount to Clinton, the DNC and the various state parties. However, federal election laws do not allow individual donations to candidates to exceed $2,700.

“The Hillary Victory Fund has reported receiving several individual contributions in amounts as high as $353,400 or more, which is over 130 times the $2,700 limit that applies for contributions to Secretary Clinton's campaign. Bernie 2016 is particularly concerned that these extremely large-dollar individual contributions have been used by the Hillary Victory Fund to pay for more than $7.8 million in direct mail efforts and over $8.6 million in online advertising, both of which appear to benefit only HFA by generating low-dollar contributions that flow only to HFA, rather than to the DNC or any of the participating state party committees.”

So the issue here is whether Clinton's campaign is using funds raised by large-dollar donors (who've already exceeded their individual contribution limit) to fund activities that benefit Clinton's campaign alone, which at the very least violates the spirit of the election laws.

Deutsch argues that, “at best, the joint fundraising committee's spending on direct mail and online advertising appears to represent an impermissible in-kind contribution from the DNC and the participating state party committees to HFA. At worst, using funds received from large-dollar donors who have already contributed the $2,700 maximum to HFA may represent an excessive contribution to HFA from these individuals.”

Although Clinton hasn't responded publicly to the letter, campaign spokesman Josh Schwerin told The Washington Post in February that their use of the fund has not violated any campaign finance laws. “Republicans are spending record amounts trying to beat Democrats,” Schwerin said, “and we want to ensure that the Democratic nominee and candidates up and down the ballot are backed by a strong party with the resources needed to win.” The problem, though, as Politico reported last week, is that while the money is theoretically supposed to benefit all Democratic candidates, the majority of it so far has gone to Clinton's campaign. Which is precisely why Sanders supporters continue to push the narrative that the DNC is hardly neutral in this race.

At any rate, the timing of Deutsch's letter is not a coincidence. Nor is the fact that the letter itself is mostly speculative. It's entirely likely that Team Clinton is taking advantage of arcane and convoluted campaign finance laws. But the letter is careful not to definitively accuse the Clinton campaign of any crimes; instead, it's suggestive and raises serious questions.

Against the backdrop of today's primary, this letter makes a lot of sense. It won't amount to anything legally, but it is a subtle reminder of the differences between Sanders and Clinton. This story will permeate the news cycle for the next 24 hours and it will fuel the perception among Sanders's supporters that Clinton is benefiting unfairly from her ties to the DNC. That's likely all it will do, whether the accusations are true or not. Tactically, though, the Sanders campaign can only benefit from making these points. Clinton has an enormous amount of institutional support in this election cycle. This has given her a comparative advantage over Sanders at almost every level. A letter like this, if nothing else, drives that point home.