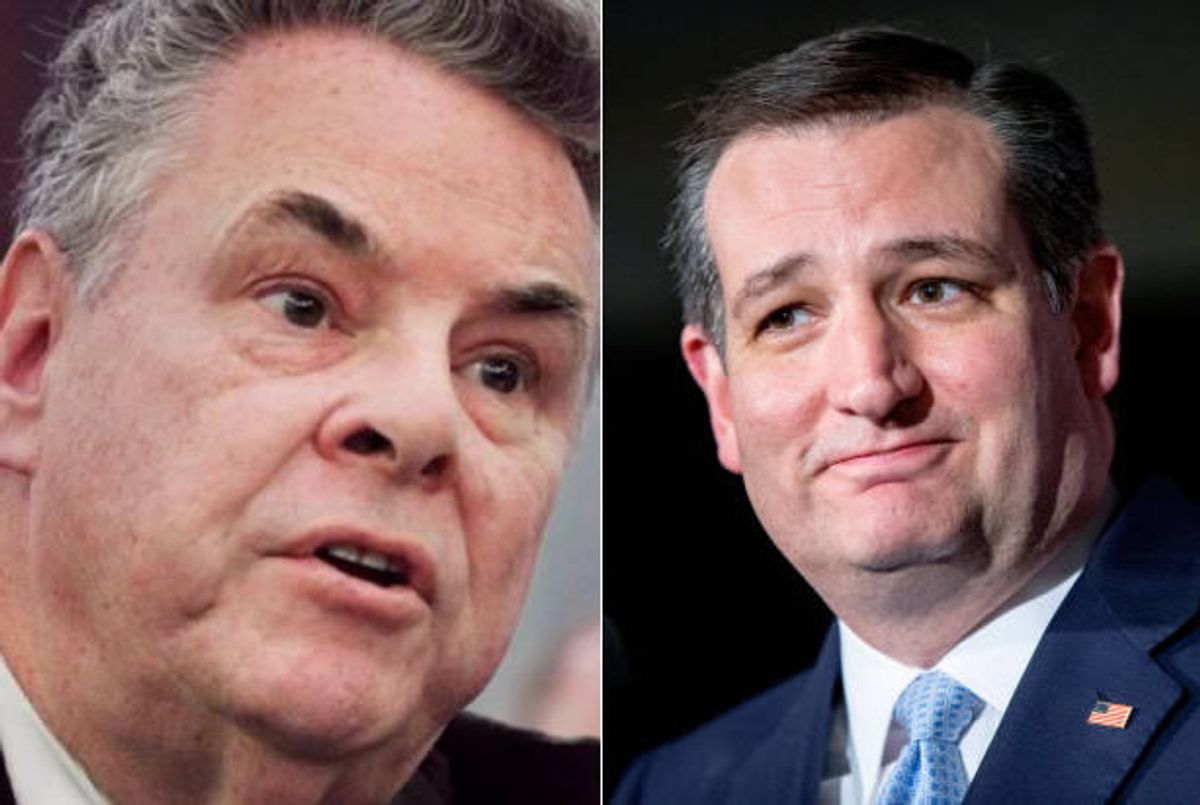 On Morning Joe Tuesday, Republican New York Representative Peter King declared that if Texas Senator Ted Cruz won the GOP nomination, he would prefer to take a cyanide pill to pulling the lever for him.

Not that he's a fan of Donald Trump, either, however. "I think you are going to see Donald Trump scoring a big victory tonight. I do not endorse Donald Trump," he told co-host Joe Scarborough. "I actually voted by absentee ballot for John Kasich. I'm not endorsing John -- but I voted for him to really send a message."

"I think Trump is going to win big," he continued. "I know on Long Island, you go through every part of Long Island I've been to, people come up to you -- they're talking about Donald Trump."

As for Cruz, King said "I think I'll take cyanide if he got the nomination."