Joe Scarborough is already calling the election: Trump "has hit his ceiling," he'll lose in November

"I don't enjoy doing this," he said, "it actually hurts me inside" 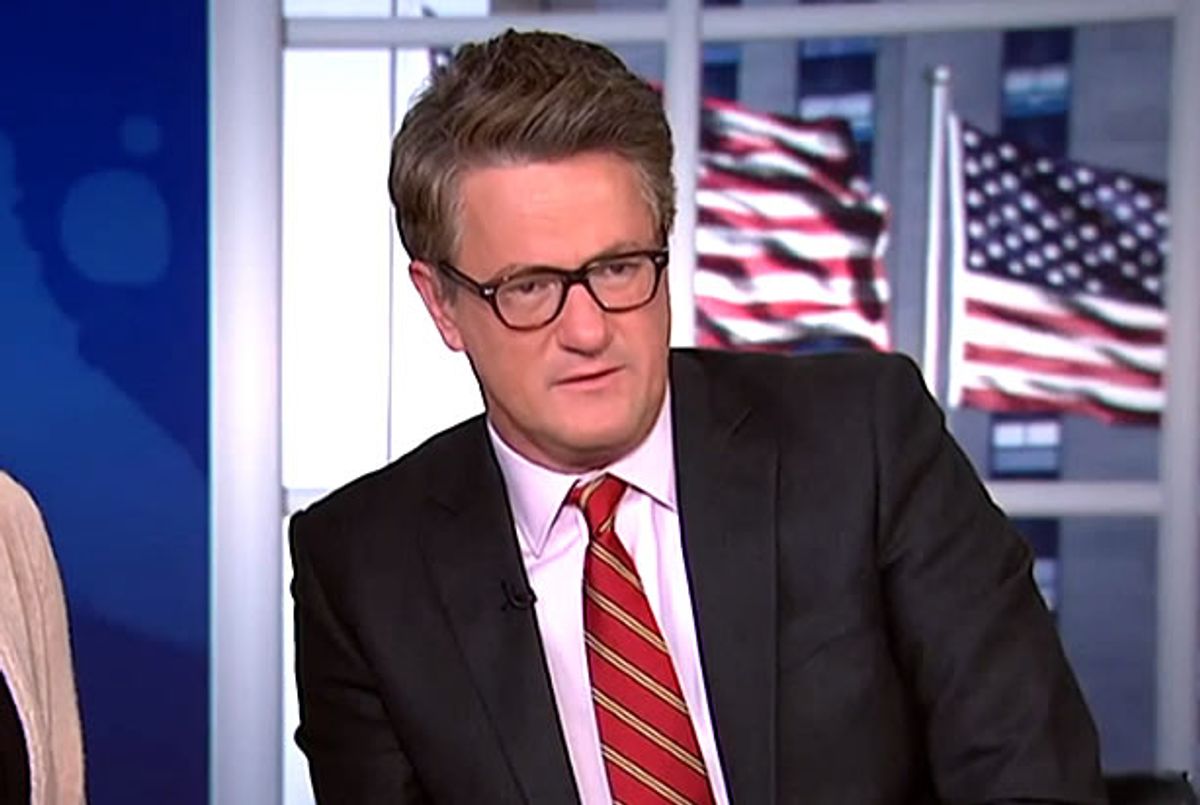 On Morning Joe Wednesday, co-host Joe Scarborough once again evinced his growing frustration with the length of the electoral season by declaring that current Republican front-runner Donald Trump can't and won't win in November.

"Mark my words -- he's hit his ceiling!" Scarborough shouted. The fact that Trump "only" won 61 percent of the votes in New York means that "39 percent of Republicans didn't vote for him last night."

Co-host Mika Brzezinski tried to bring order to the chaos. "What these boys are saying," she began, before Scarborough cut her off.

"By the way," he said, "I don't enjoy doing this. It actually hurts me inside -- a little piece of me dies every time I do this."

Brzezinski finally succeeded in changing the subject with the help of her producers, who threw up graphics about the percentage of women who supported Trump in New York. "I wasn't surprised women supported Trump," she said, before asking the panel, "does anyone want to give a shot at explaining this?"

Panelist Eugene Robinson expressed ignorance, and all Brzezinski could offer was that "women aren't going to flock to Ted Cruz."