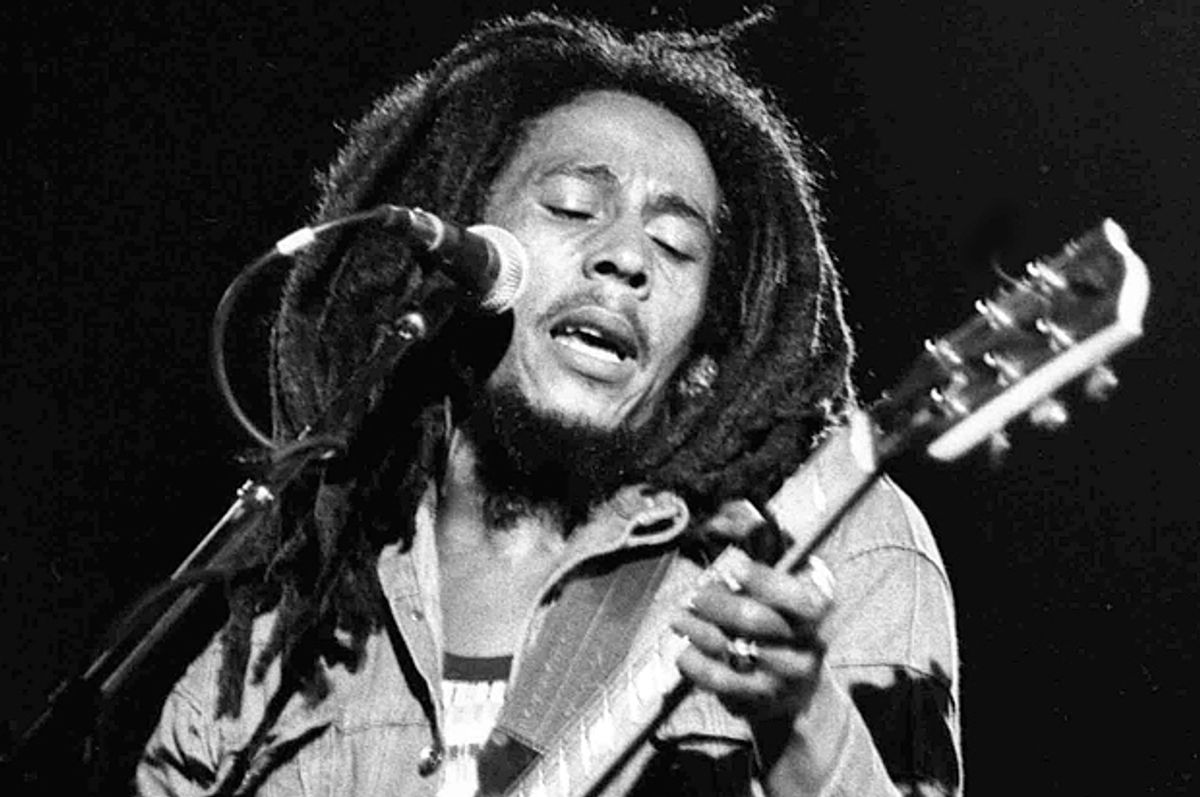 Normally, we have to wait until Halloween for a really good "Cut it out with the blackface, everybody" object lesson. But thanks to Snapchat and stoner national holiday 4/20, we can review the protocol six months early this year!

In a terrifically misguided attempt at being timely and cute, Snapchat decided to celebrate the day by offering a Bob Marley filter — featuring a rasta cap and dreadlocks. Also, as Tech Radar notes, "The filter tries to turn your face into Bob's own. That means that your skin tone may change." So there's that.

Writing in Daily Vox, Aaisha Dadi Patel laid it all out on Wednesday, explaining that, "It is offensive. This is a caricature of a black person. Blackface is based on the notion of making black people look inferior." As she also observed, "This 420 celebration glosses over the cultural significance that cannabis has in the Rasta culture, where it is regarded as extremely sacred, and not just something used for a daily kickback. But besides that, Snapchat is reducing the legacy of a musical great to smoking weed."

Or as one observant tweeter put it, "They reduce iconic black activists to symbols which are appropriated and whitewashed. Bob Marley is now a mascot for weed and hippies."

Had the filter debuted on Marley's birthday (February 6) or anniversary of his death (May 11), one could imagine that the Snapchat filter was an honest, if still extremely clumsy, homage to the legendary reggae star. But tossing it out on April 20, where the likes of Kylie Jenner could mess around with it for all the world to boggle at, just suggests a terrifically dopey callousness. On Wednesday, the Guardian asked Snapchat "whether it considered the optics of such a filter before rolling it out, and whether the firm consulted anyone over whether or not it might be offensive or hurtful," and reported it had not heard back at press time.

We can laugh, Kimmy Schmidt-style, at the seemingly bottomless culture of Internet outrage, but it's actually not that hard to take a pause and think, "Is what we're doing here insensitive and idiotic?" Seriously. It's not hard to think that anything that veers toward blackface is probably best avoided. It's not hard to remember that Bob Marley was a respected artist, not a shorthand for "Let's get baked."

It's possible to know — or just grow the hell up and learn — those things without fear of becoming the PC police. And to the folks at Snapchat who thought this little gimmick was cute, I have to ask — what were you smoking?