The Trump hype is out of control: Why he's still no lock to win the GOP nomination

The media's spent weeks forecasting doom for the Trump campaign. Winning as expected in NY doesn't change anything 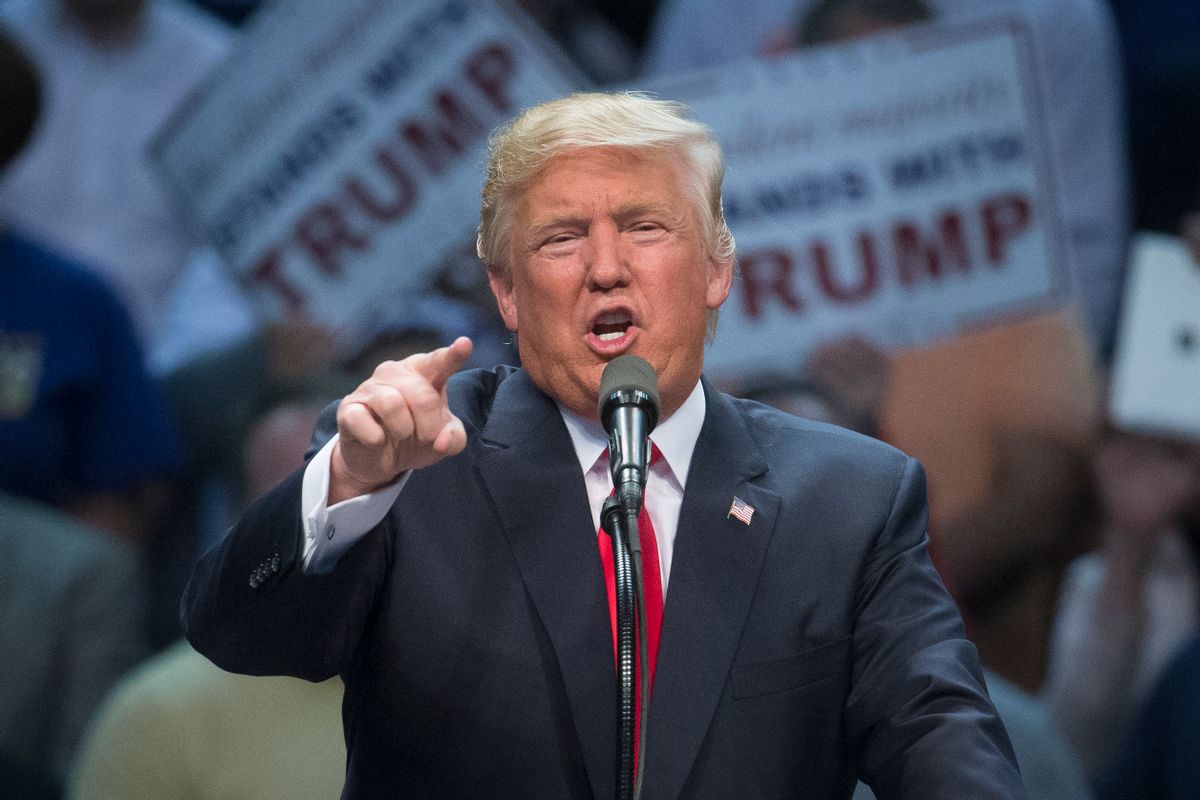 It's a known fact that if you watch enough political news on cable TV you will eventually lose your grip on reality.  Each day brings a different breathless narrative of events and the conventional wisdom turns 180 degrees. And yet the basic facts have changed not at all.

For instance, we have all just spent the last two weeks listening to the pundits, advocates and anchors explaining in minute detail how Ted Cruz is successfully undermining Donald Trump with his wily strategy to seduce and persuade delegates to vote for him if Trump fails to win on the first ballot. Everywhere you turned, Cruz was the man with momentum, outfoxing Donald Trump, who was flummoxed and confused, unable to compete in a game for which he hadn't even bothered to learn the rules. His amateur campaign was is disarray, heads were rolling and it appeared he was in big, big trouble.

Then Trump won New York and he won it in grand fashion. And suddenly the entire narrative changed.  Today the conventional wisdom is that Cruz made a fatal error by criticizing Trump's "New York values" and it has resulted in total rout that even has sad sack John Kasich besting him for second place. Now it's Cruz who's in big, big trouble. On the other hand, Trump's new team is fantastic, forcing him to be more presidential while still letting Trump be Trump. He's on a roll and may very well win outright or at least come in close enough in delegates to persuade the convention to nominate him on the first ballot.  He's got momentum and he may just be unstoppable.

In reality, Trump did surprise in one way. He gave a victory speech that did not include an infomercial for Trump steaks and vodka, as he did after winning Florida. And he didn't treat any of his endorsers like they were footmen waiting for instructions about when to bring in the next course, as he did with Chris Christie. He didn't even call Cruz "Lyin' Ted."  He called him "Senator Cruz", giving him the respect he demands from everyone else when he insists they call him "Mr Trump." Nobody knows exactly what his new head campaign strategist Paul Manefort is doing to retool the campaign, but it appears that job number one is to teach Trump some basic manners.

His speech was greeted with great kvelling and rending of garments by the TV pundits who proclaimed The Donald a reformed man. He showed tremendous growth as a statesman and a leader, projecting strength and leadership. Within 24 hours he'd gone from a clownish amateur back to a powerhouse frontrunner on his way to the nomination.

All of this might make some sense if the win in New York last night was an upset and Cruz had been expected to win or even perform well. But Trump was always expected to win New York and to win it decisively. Cruz didn't even really contest the state beyond making some half-hearted gestures, raising some cash and then getting out of town to campaign in friendlier territory. In other words, nothing changed last night from what was expected to happen the night before. And yet, the entire narrative has shifted.

The exit polls did show a change in the electorate's views since Wisconsin about how the race should be decided.  ABC reported:

More than seven in 10 New York GOP voters in preliminary exit poll results say the candidate with the most votes in the primaries should win the party’s nomination; a quarter instead favors a contested convention, saying that delegates should pick whichever nominee they think best. That’s less than half the level of support for a contested convention than we saw in Wisconsin, where just 43 percent favored going with the candidate with the most votes, while 55 percent said the delegates should choose.

Of course, Wisconsin voters went big for Cruz and New York voters went big for Trump, so those views are obviously self-serving. But despite all the breathless reporting, the Republican race is still essentially a race between one campaign that's playing an inside game and one campaign that's playing an outside game. And we still have no idea which one is going to prevail.

Trump is trying to get to the magic number through the traditional means of winning primaries and collecting the allotted delegates for a win on the first ballot. It's not going to be easy, but he's succeeded in tainting the jury pool enough, whether through threats of riots or simply whining about the system being rigged against him, that he may be succeeding in convincing the party that they cannot deny him if he comes close but doesn't hit the mark. This piece in Politico observes that many in the party are starting to move in that direction, suggesting that Trump merely would have to woo the "unbound delegates." (Yes, the Republicans have super-delegates too, they just have a different name.)

When the convention opens in Cleveland in mid-July, roughly 200 delegates will arrive as free agents, unbound by the results of primaries or caucuses in their states. Trump’s campaign is confident they can win as many of them as they must in order to get to 1,237 on the first ballot.

“Trump has to get to 1,237, but there’s a lot of talk about, ‘What is the real number?’” said another RNC member. “Whatever half the uncommitted number is, that’s probably a reasonable number.”

“I think a lot of people think if he gets within 50-100 [of 1,237], he’ll be able to carry it,” said Steve House, the Colorado GOP chairman, who is himself an unbound delegate and is already being courted by the Trump and Cruz campaigns.

Cruz is the inside player, having greased the skids for months in state parties, working the rules, and finding ways to squeeze out enough delegates around the country to keep Trump's margin too low to make that argument. One can assume that Cruz is assiduously pursuing those unbound delegates in advance as well. He's not leaving anything on the table.

So the Republican race is still going to go down to the wire just as everyone's been saying ever since the earlier "Trump is bound to implode" narrative finally ran out of gas. Trump is betting that he can get close and then bully the convention into giving him what he wants. Cruz is betting that he can keep him from getting close enough through skillful manipulation of the process. It's not pretty.

And unlike most presidential primary campaigns, we still have absolutely no idea how it's going to turn out. You'd think that would make for a sufficiently interesting storyline, but apparently it's not good enough. Instead, we are forced to endure a rather silly narrative of perceived "momentum" that switches back and forth without regard to the facts on the ground. This phase of the race is a delegate chase. One candidate is trying desperately to limp over the finish line and the other is desperately trying to set up roadblocks to trip him up. At this point "expectations" are beside the point.

After New York we can definitively say only one thing about the Republican nomination: Either Trump, Cruz, Kasich or a player to be named later will be the nominee. Other than that, everything's still completely up in the air.  And that should be exciting enough for anyone.