As if the Benghazi committee wasn't wasteful and fruitless enough 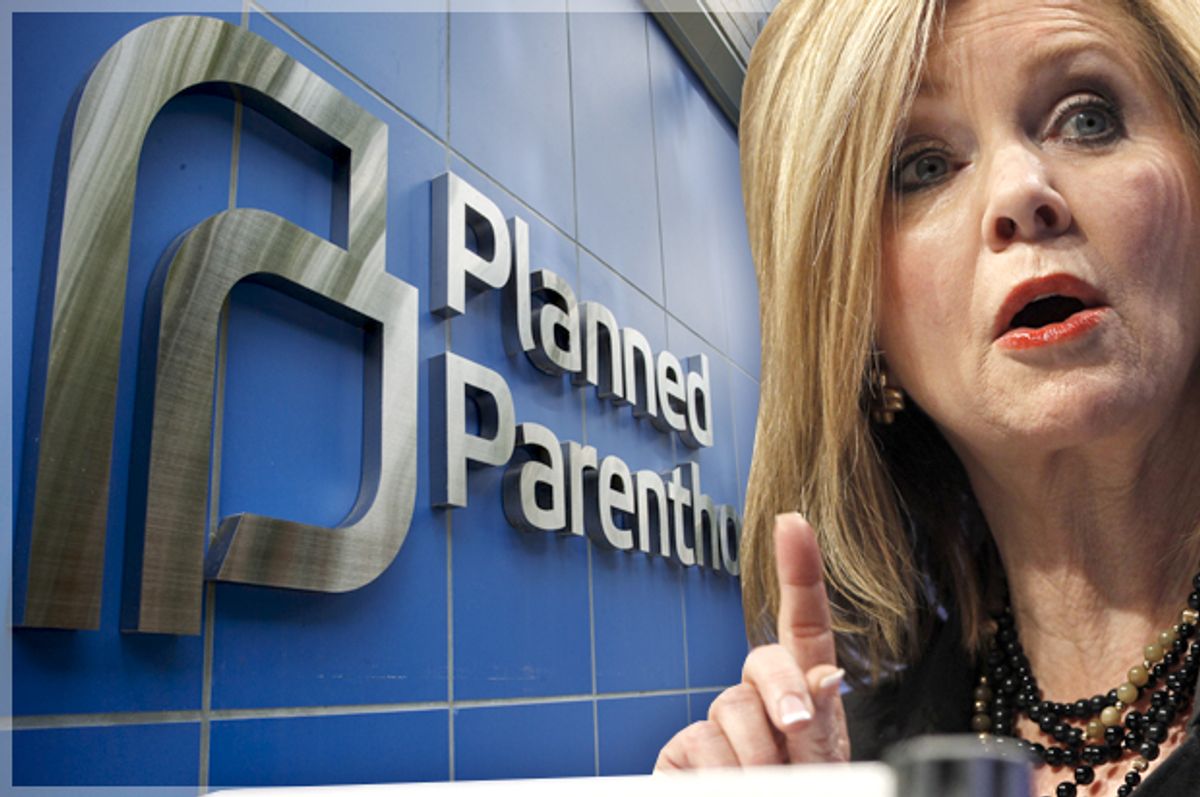 When Republicans fall for a lie, boy do they fall hard.

House Republicans have already admitted that their months long investigation into Planned Parenthood's use of federal funding turned up nothing. Utah Republican and chairman of the House Oversight and Government Reform Committee Jason Chaffetz admitted last fall that his fruitless crusade against the women's health organization despised by conservatives turned up no wrongdoing.

Still, chasing a hoax perpetuated by conservative anti-abortion activist David Daleiden's deceptively edited undercover videos which falsely claimed that Planned Parenthood illegally trafficked in the sale of fetal tissue, House Republicans insisted on creating yet a whole new tax-payer funded committee tasked exclusively with investigating the organization. This, despite the fact that Republican governors in 12 states have ordered investigations into the women's health organization that have resulted in no charges or findings of wrongdoing. And, of course, a Texas grand jury has cleared Planned Parenthood of any wrongdoing, criminally charging Daleiden instead for tampering with government records to lie to Planned Parenthood officials.

The Planned Parenthood committee's, as it is commonly referred to, second hearing on Wednesday was scheduled to coincide with oral arguments at the Supreme Court for the biggest abortion case in two decades, the Post noted:

Then Blackburn showed up at her committee hearing the next morning and proclaimed, “My hope is that both parties can work together.”

As if Blackburn's open courting of anti-Planned Parenthood groups wasn't enough to rip off any disguise of impartiality House Republicans may think they are still cloaked under, the very first witness on Wednesday laid bare just how much of a farce the GOP's so-called investigation had become.

“Any investigation worthy of the name would begin with taking sworn testimony from Mr. Daleiden, Ms. O’Donnell, and their associates,” said Fay Clayton, an attorney who represented a foundation accused of selling fetal tissue in 2000, the last time House Republicans investigated allegations of illegal fetal tissue research to only find no such thing.

"I find it curious given the not-so-distant history of this strikingly similar scenario that this panel has not demanded sworn testimony of the accusers," Clayton testified, reminding Republicans that her client was falsely accused of selling fetal tissue by an anti-abortion activist armed with secret videotape. Under oath, the activist later admitted to falsifying the evidence.

"I have to say there is no bigger tell about the veracity of an accusation that when the person who is making the accusation will not stand by his or her accusation under oath," Clayton argued, noting that the creator of this latest round of hoax videos targeting Planned Parenthood was not called upon to testify by Republicans. Although, as MSNBC's Irin Carmon reported, Daledian was live-tweeting the hearings Wednesday, and House Republicans relied upon his videos as the premise for their entire investigation.

"This panel's failure to allow cross-examination of Daleiden and his cohorts sends a message loud and clear—that those stories would not hold up under the penalty of perjury," Clayton concluded.

For her part, Blackburn told the conservative Daily Signal that Republicans on her committee used documents that made unsubstantiated claims about fetal tissue sales without publicly identifying the companies or individuals involved in the transactions “out of an abundance of caution.”