DNC Chairwoman Debbie Wasserman Schultz replied that she can, given who the GOP is throwing against her 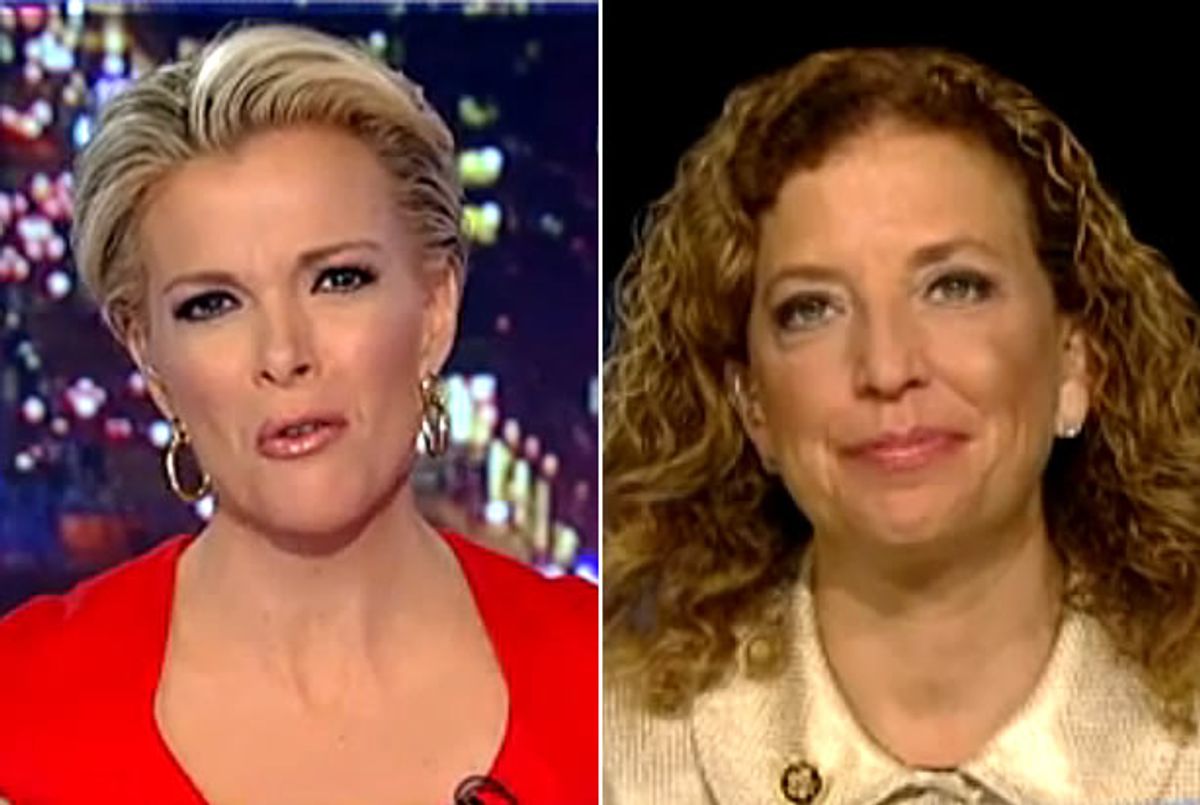 On The Kelly File Wednesday, Florida Representative and Democratic National Committee Chair Debbie Wasserman Schultz defended her party's front-runner, Hillary Clinton, saying that the "record negatives" pollsters are registering don't matter because "she beats any of the Republican candidates" in a one-on-one match-up.

Kelly rattled off the "record" negatives that Clinton is facing in many demographic groups, including the -72 rating from white males, but Wasserman Schultz said it would not matter.

"When you are looking at energy and enthusiasm, that's really what is helping voters decide whether they're gonna go out and be motivated enough to vote for a candidate," she said.

"Enthusiasm" is what will compel voters to "work for a candidate -- organize, knock on doors, make phone calls -- so those are the kinds of stats that I want to see when it comes to the momentum that either one of our candidates is going to have going into a general election, going into the convention, and ultimately going head to head with the Republican nominee."

Wasserman Schultz also noted that ongoing "civil war" in which the Republican Party is "mired" is good for Democrats, because while "they're still fighting, we're getting to ready to make sure we're prepared for the general election."