The power of Prince: A master of opposites, he bridged divides between genre, race, gender and style

Prince accomplished a staggering amount since his 1978 debut, embracing both the sacred and the profane 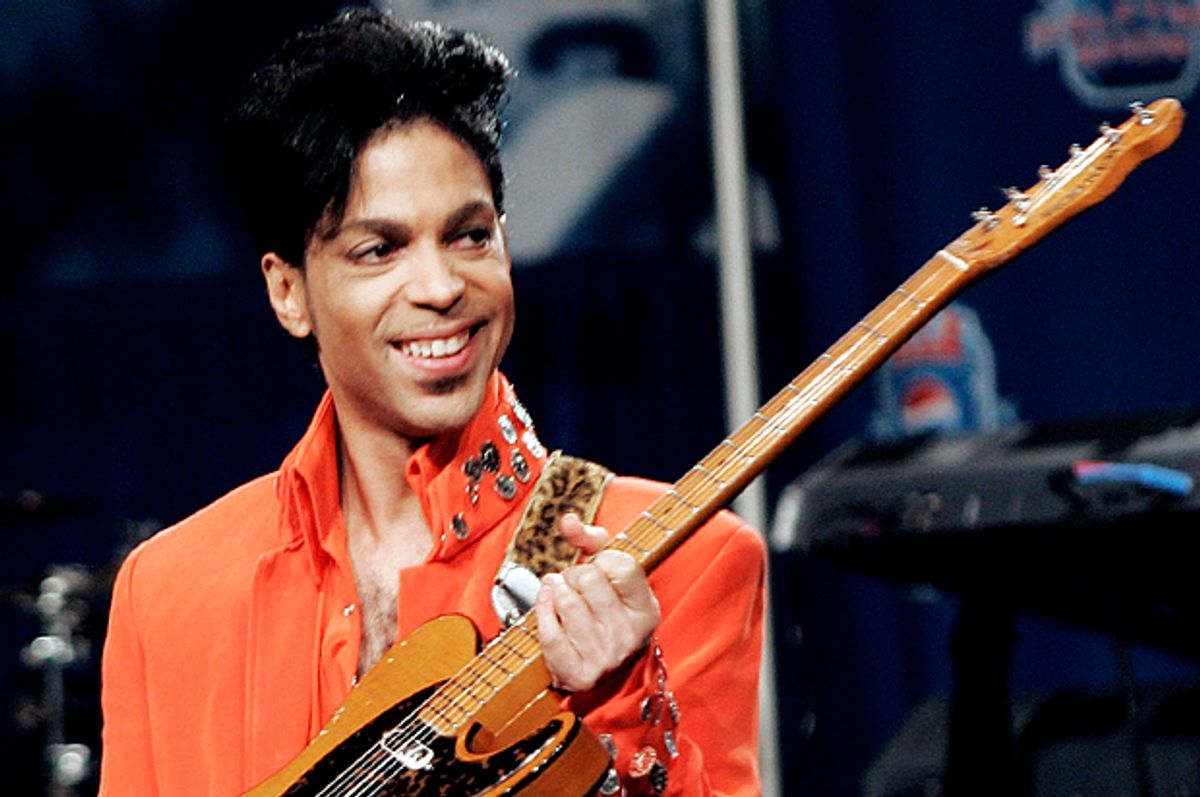 The last few months have seen some very serious rock music deaths, including David Bowie and Beatles producer George Martin. But the sudden announcement that Prince has died in Minneapolis serves as a shock to the system. The Beatles were the group of the ‘60s, and Bowie was perhaps the great rock musician of the ‘70s. Prince was not only a dominant figure in the ‘80s, his music and concerns have remained powerful and important.

Prince managed to combine a huge number of the seeming oppositions in American life – black and white, masculine and feminine, sacred and profane, pop and rock, mainstream and avant-garde – and make sense of them all. His early albums, like “Dirty Mind,” were sexually explicit in ways that kept him off the radio. But by the time he emerged as a mainstream figure with the film and album “Purple Rain,” he developed, like Bowie and the Beatles, the ability to be both attuned to the zeitgeist and streets ahead of it.

He also managed to touch so many different parts of the popular music landscape in a way that transcends just about anyone who’s ever recorded. No matter what kind of music you liked -- blues, R&B, electronica, psychedelia, folk -- he brushed up against it,

Prince was a hinge point between influences like Jim Hendrix and Sly and the Family Stone and the artists he made possible: We might have gotten OutKast and TV on the Radio without Prince, but they would have sounded vastly different. He worked with like-minded artists like Sheila E. and Chaka Khan and Mavis Staples. Musicians as different as the Bangles (“Manic Monday”), Sinead O’Connor (“Nothing Compares 2 U”) and the Mighty Lemon Drops (“Kiss”) covered his songs. The poly-stylism of artists like Flying Lotus is hard to conceive of without Prince showing it was possible.

Most obviously, Prince showed how artificial the marketing categories were that kept music by white and black people separate. Listen to a song like “When Doves Cry” or “Kiss.” These were both deeply rooted in funk, but they also came out of art rock and other forms that had been aimed at white listeners. Prince didn’t make this fusion sound watered down or forced or predictable, but like a natural union that still offered a shock. He showed how silly and joyless the segregation of the radio waves was.

He also managed to tackle social and political issues: The double album “Sign ‘O’ the Times” may be the most poignant recording anyone has made about the AIDS crisis. Its use of male and female voices moved his music forward in ways other artists wouldn't catch up to until years later.

Taken as a whole, his career – which began with “For You” in 1978 – is consistently inconsistent. At times he released too many albums – three in 1996 alone. Sometimes, he seemed to be rushing them. Though his recorded music went up and down over the years — with good music in every period, including some great songs on 2014's “PlectrumElectrum” -- he remained a legendary live musician all the way through.

It’s a bit too familiar to say when someone dies is that they seemed so full of life it’s impossible to imagine them gone. But Prince’s whole career was so electric, so unpredictable, so gutsy, it’s a line it’s inevitable to think of when he disappears so suddenly.