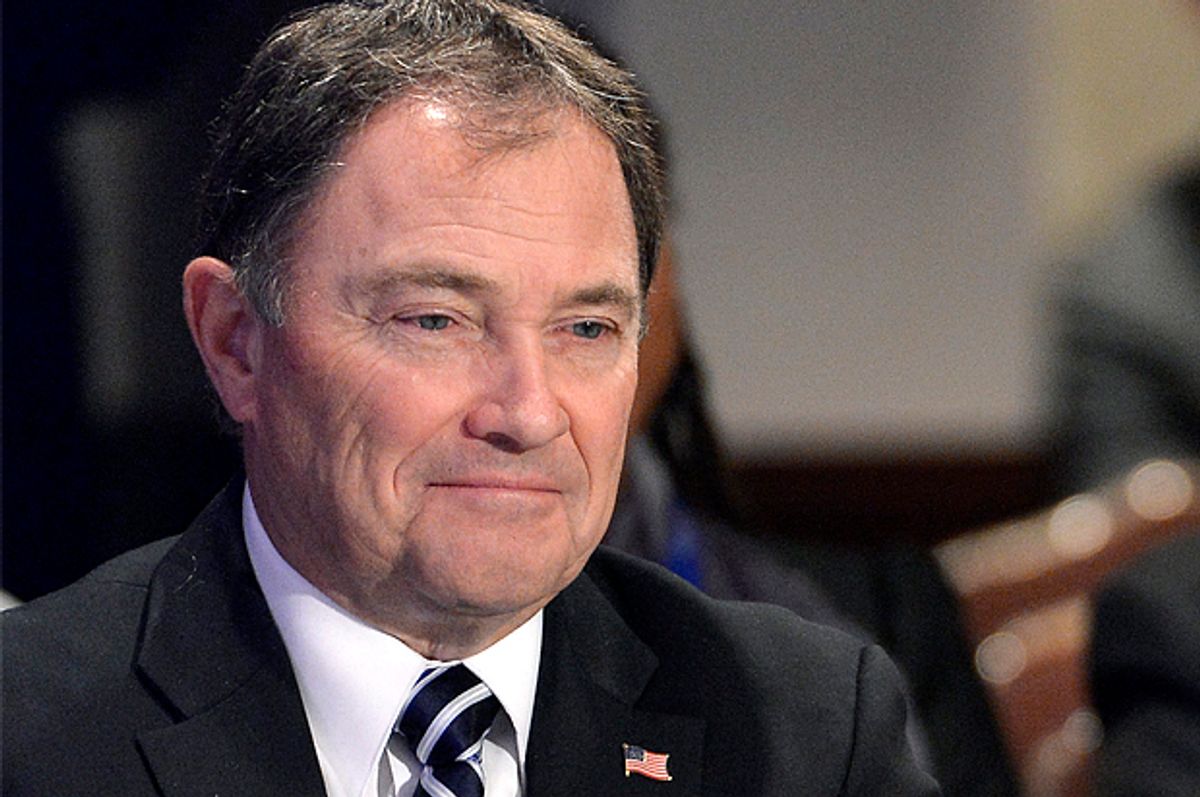 It's hard to convey how ridiculous this resolution is, a true masterpiece in the art of freaking out about how the sex perverts are going to destroy the world. There are literally 18 "WHEREAS" clauses making assertions like, " WHEREAS, pornography use is linked to lessening desire in young men to marry, dissatisfaction in marriage, and infidelity" and "WHEREAS, recent research indicates that pornography is potentially biologically addictive" and, in the inevitable feigned concern for women, "WHEREAS, because pornography treats women as objects and commodities for the viewer's use".

But that's all window-dressing anyway. All this chatter about objectification and addiction is nothing more than the sex police borrowing 21st-century concepts they don't really bother to understand to make the same old puritanical impulse seem modern and even scientific.

It is not helpful to women to tell them that they have nothing to offer a man that he can't get better watching strangers on the internet have sex for the few minutes it takes to rub one out.

This is just the latest development in a nationwide surge of Republicans, often under the guise of "protecting women," attacking sexual rights and sexual health care. The attacks on Planned Parenthood and abortion rights are the most prominent examples, but there's been a steady drip-drip of anti-sex efforts happening on all sorts of fronts.

For instance, Republicans in Alaska have been trying to pass increasingly convoluted restrictions clearly meant to keep comprehensive sex education out of the schools. Various versions tried to block Planned Parenthood from offering any sex education or any person who isn't a licensed teacher at the school, which is clearly about keeping nurses, doctors, and professional sex educators (read: people who actually know things) from being brought in to offer lessons that, say, the English teacher isn't equipped to handle. The current version requires sex educators to be approved by a local school board, which again is clearly an effort to make it harder for schools to bring in health professionals who might, gasp, tell the students how to prevent pregnancy and STIs when (and yes, that's when, not if) they have sex.

"The young man is spiritually wounded on the battlefield of the Great War," the narrator intones of a young man who presumably caved into the urge for self-love. "In our modern society, the enemy has spread fear of getting involved when someone’s in trouble and has fostered a social stigma against people who speak up in the face of evil.”