Want to get a sense of how screwed the Republican Party is for 2016? Read the Wall Street Journal editorial page

The intractable Trump problem: There's no good answers for how the GOP handles its frontrunner 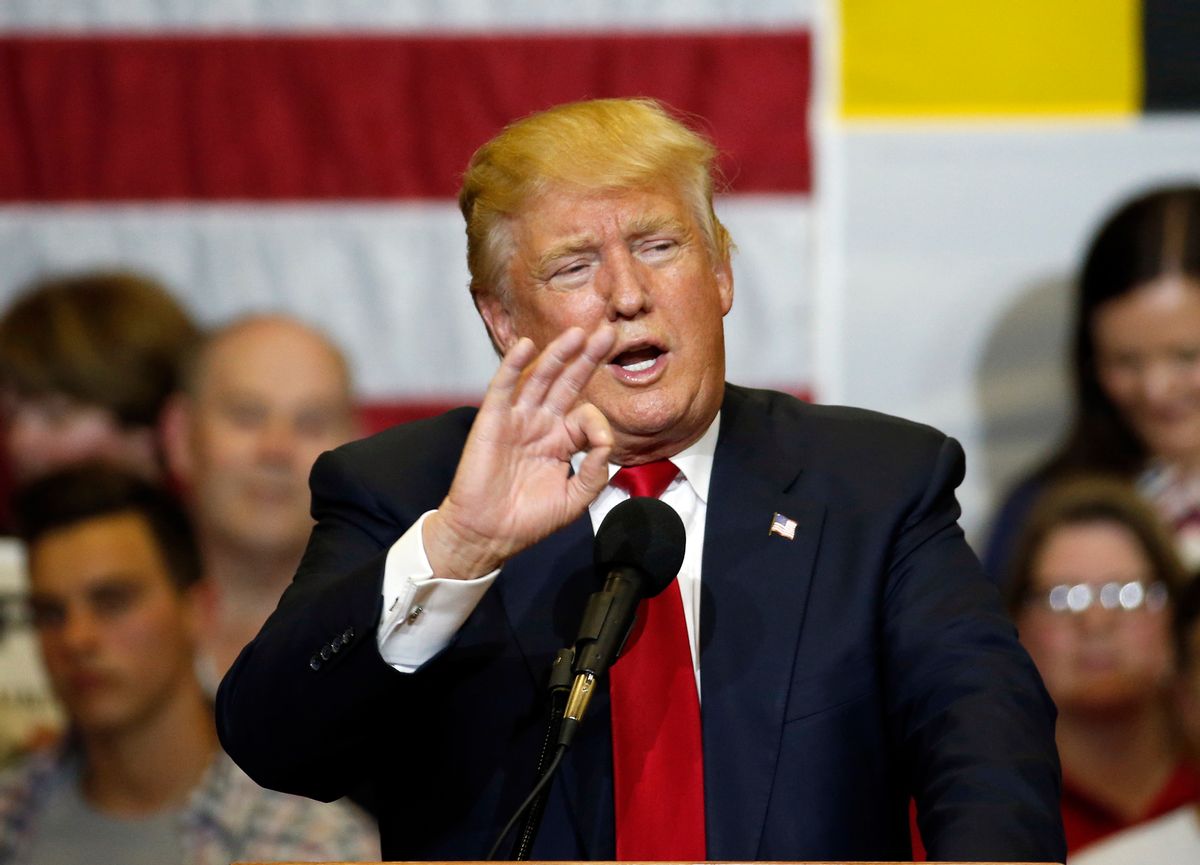 If you’re interested in a tidy little example of the political dilemma facing the Republican Party and its 2016 presidential frontrunner, look no further than today’s Wall Street Journal opinion page. In two separate pieces, the paper serves up two different takes on what to expect as the GOP moves closer to a nominating convention in which no candidate has amassed a majority of pledged delegates, but one candidate – Trump – has put together a strong plurality. What emerges is a conflict between rules and perceptions.

On the rules side, we have an op-ed co-authored by seven past chairmen of the Republican National Committee laying out precisely how the nominating process will work. Though they never mention Trump by name, it’s flagrantly obvious that the former chairs are trying to pre-empt complaints from pro-Trump forces that the party elite are somehow improperly conspiring to thwart the will of the voters and deny Trump the nomination.

Here’s what they write:

It is not correct that a candidate who enters the convention with a plurality of delegates, although short of a majority, must receive the nomination. Such an interpretation would be a gross violation of the essential purpose of the nominating process.

If that were the rule, Abraham Lincoln would never have been president. He came in second on the first ballot at the 1860 Republican convention, but won the nomination—with a majority of the delegates—on the third ballot. In 1976 Ronald Reagan got a million more votes than President Ford in the primaries. But Reagan did not win a majority of the delegates, President Ford did, and so he received the nomination.

Reagan understood the rules. Without complaint, he supported the winner. That’s how it works.

It’s about as antiseptic a treatment of a political gathering as one could imagine – forget about your political passions and damn the public opinion, the rules are the rules! They must be strictly and rigidly adhered to! Without rules, there will be anarchy! ANARCHY I TELL YOU!

They’re not wrong, but they’re also deliberately pushing this case without taking into account the political context of the 2016 race. Of course they are correct that a candidate who falls short of a majority of delegates is not automatically entitled to the nomination, but if Trump comes into the convention with a large plurality and a head of steam from multiple primary wins, the question of whether he becomes the nominee won’t hinge solely on a rigid interpretation of the rules. It will also come down to political feasibility and legitimacy. Sure, he might not meet the delegate threshold, but he’ll come far closer than his rivals and will have much more in the way of popular support.

That’s the other side of the argument that the Wall Street Journal editorial board dips into today. Despondent over Trump’s big win in New York, the Journal urges Ted Cruz and John Kasich to “coordinate and win some states” before Trump becomes too dominant in the late stages of the primary calendar. Their concern is entirely reasonable – yes, the party could deny Trump the nomination while staying safely within the rules of the convention, but that would come with steep political risks:

We continue to believe the delegates in Cleveland should nominate the most electable candidate. But realistically, Mr. Trump will be hard to deny if he rolls through the remaining primaries—even if he is short of 1,237. Mr. Cruz and Mr. Kasich are outhustling the New Yorker in the fight for unbound delegates, but they also need to go into Cleveland with a credible claim on GOP voter support.

Absent an epic Trump collapse, there is no easy resolution to this dilemma. If Republican delegates buck the will of the voters and deny Trump the nomination, the large segment of the party electorate that wants Trump to be the nominee will not be mollified by an explanation of “the rules allowed it.” If the delegates pay deference to the politics of the thing and swing the nomination to Trump, the GOP will be saddled with a toxic nominee and the party establishment will be dogged by persistent complaints that it didn’t do everything it could to stop Trump.