Bernie's most valuable lesson: The Democratic Party does not represent the values of progressive Americans 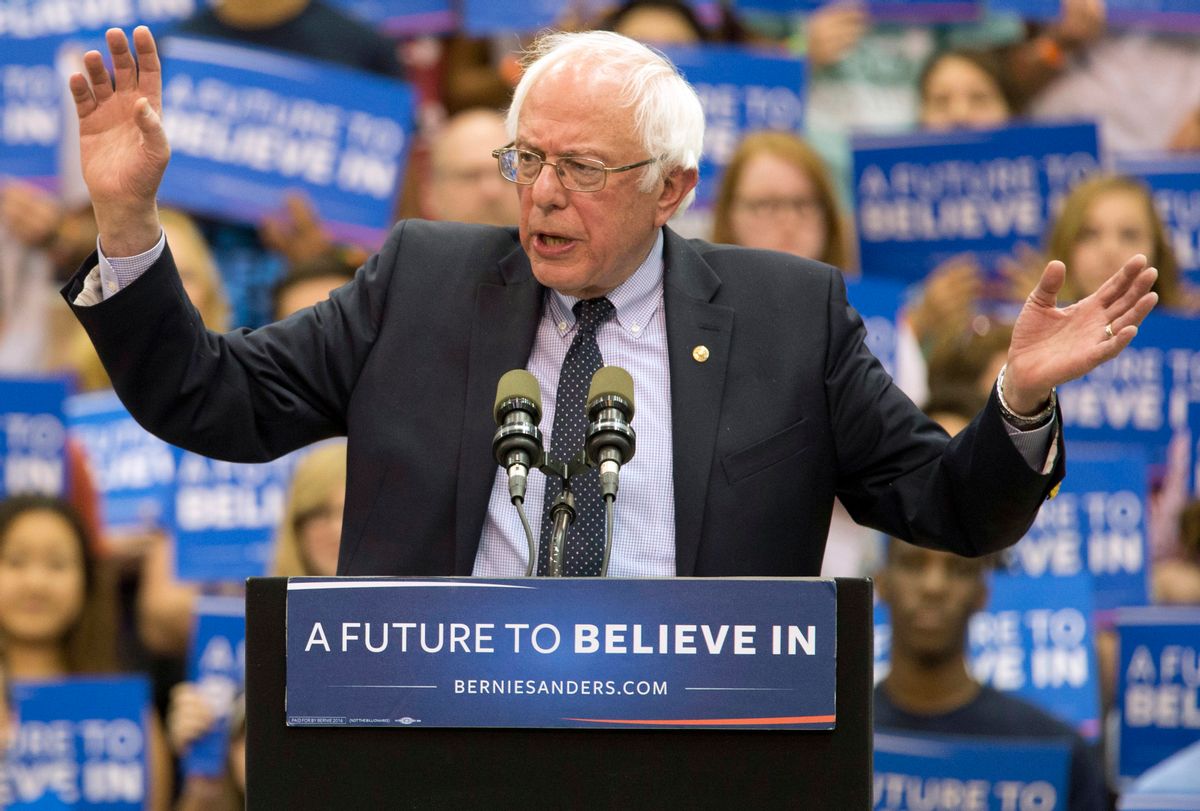 Over the past year, the insurgent political campaign of Senator Bernie Sanders has revealed quite a bit about the reasoning of partisan Democrats, and thus separated the progressives from the liberals. As a populist candidate who has refused support from Super PACs and big monied interests, Sanders has shined a light on the unpleasant reality that the Democratic party — and its likely presidential nominee — is almost as reliant on funding from billionaires and Wall Street as the detested Republican party is.

Now, when it comes to criticizing Republicans, progressives and establishment Democrats generally see eye to eye. The Republican party is shamelessly anti-democratic and under the thumb of special interests; there is no debate about that. However, the other major party in American politics, while less shameless, is certainly no paragon of virtue. This has become increasingly evident as the 2016 primaries have progressed — and many Democrats are furious that the Sanders campaign has exposed this truth.

In recent weeks, the Sanders campaign has been increasingly vocal about the Democratic frontrunner Hillary Clinton’s many troubling positions and her ties to Wall Street and other industries. Sanders has criticized Clinton’s high-prices speeches for Goldman Sachs (for which she has flatly refused to release the transcripts), the $15 million raised from Wall Street by one of her Super PACs, and the fact that top donors throughout her career have been individuals working at banks like Citigroup, Goldman Sachs, and JP Morgan Chase.

Clinton and her supporters have defended these connections with a simple retort: You can’t prove quid pro quo. International Business Times reporter David Sirota recently mocked this argument on Twitter: “Logic I learned from Clinton: nobody should worry [about] oil cash going to the climate-denying GOP, unless theres proof of a clear quid pro quo.”

If the quid pro quo defense sounds familiar, it’s because it is the exact same reasoning that right-wing Supreme Court justices make when striking down campaign finance laws, as in the 2014 case, McCutcheon v. FEC, which eliminated limits on how much an individual can donate to national parties over a two year period. Justice John Roberts wrote in the decision:

“Any regulation must instead target what we have called ‘quid pro quo’ corruption or its appearance. That Latin phrase captures the notion of a direct exchange of an official act for money.”

Of course, when it comes to climate change-denying Republicans, Clinton and her supporters realize that the influence of big money corrupts and is a threat to democracy. In fact, Clinton makes the point herself:

“We have to end the flood of secret, unaccountable money that is distorting our elections, corrupting our political system, and drowning out the voices of too many everyday Americans. Our democracy should be about expanding the franchise, not charging an entrance fee.”

As with money in politics, Democrats rightly condemn Republicans for voter disenfranchisement. But at Tuesday’s primaries in New York — one of the bluest states in America — franchise was not expanded, but narrowed, and many partisan Democrats quickly dismissed concerns about possible voter suppression as bitterness from Sanders supporters after Clinton won a decisive victory. Almost 30 percent of New York’s registered voters, including Erica Garner, a Sanders surrogate and the daughter of Eric Garner, could not participate in the primaries because they were not registered with either of the two major parties, and missed the deadline to switch six months earlier (the longest such deadline in the country).

Moreover, over 125,000 registered Democrats in Brooklyn were purged from the rolls, which has led to an investigation by the office of New York Attorney General Eric Schneiderman. Not surprisingly, New York had the second lowest voter turnout this season, behind only Louisiana. Many Clinton partisans were snidely dismissive of any doubts or inquiries about voter disenfranchisement. “So many liberals minimizing voter suppression in New York out of hatred for the candidate hurt by it,” remarked journalist Rania Khalek.

This is yet another case of partisan Democrats forgoing principles in the name of party and politician. Sanders has done a great service in exposing some vexing truths about the modern Democratic party: Namely, that it doesn’t always practice what it preaches, and that it is more conservative and reactionary than most conservative parties around the world (e.g. the UK’s Conservative Party). Still, many Democrats will continue to wear partisan blinders and excuse their “team” because it is less repugnant than the other team. This is nothing new. Democrats who once strongly condemned the counterterrorism policies of the Bush administration became curiously silent after Obama expanded many of them, like the devastating and counterproductive drone program. As Jeremy Scahill writes in his book "Dirty Wars":

“Within weeks assuming office in early 2009, Obama would send a clear message that he intended to keep intact many of the most aggressive counterterrorism policies of the Bush era. Among these were targeted killings, warrantees wiretapping, the use of secret prisons, a crackdown on habeas corpus rights for prisoners, indefinite detention, CIA rendition flights, drone bombings, the deployment of mercenaries in US wars and reliance on the ‘State Secrets Privilege.’ In some cases, Obama would expand Bush-era programs he had once blasted as hallmarks of an unaccountable executive branch... Obama would guarantee that many of those policies would become entrenched, bipartisan institutions in US national security policy for many years to come.”

How much will partisan Democrats be willing to forgive a Hillary Clinton administration? Many neoconservatives have already admitted that they prefer Clinton over Trump. At this rate, Clinton could fulfill most of Trump’s reactionary platform and still find widespread support among the Democratic faithful.