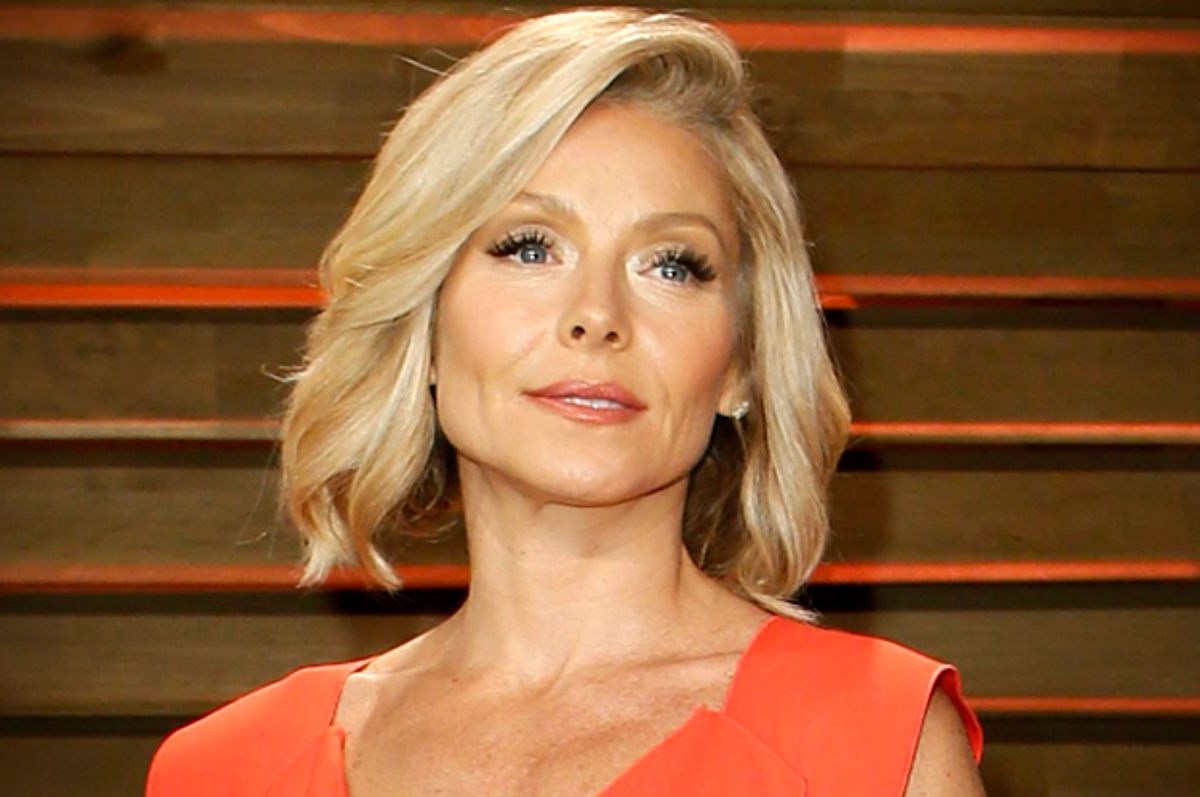 Kelly Ripa deserves a hell of a lot better than this. The talk show host, actress, producer and parent has a long-running television show with her name on it and a string of successful endorsement deals. Yet this week, following the announcement that her Live With Kelly and Michael" cohost Michael Strahan was departing the show for a full-time gig with "Good Morning America," it appeared that America's sweetheart — who is also one of the most powerful people in contemporary media — was being treated by her own network like an afterthought.

Shortly after the Tuesday morning news from ABC News president James Goldston rather passive aggressively announced that "At GMA [Strahan will] now have even more opportunities to tell stories that inspire, inform and empower people," reports emerged that Ripa had been "told of the move just minutes before the announcement, and felt blindsided." Actually, she probably felt deja vu — according to the New York Times, in 2011, she was similarly given a whopping 20 minutes notice before air time that her then co-host Regis Philbin was likewise stepping down. The Times says that Ripa was called into the recent meeting shortly after Tuesday's episode aired, without being told why, and informed of her co-host's imminent departure. She reportedly told WABC general manager Dave Davis, "Didn’t I tell you this was going to happen? I told you two years ago this was going to happen." Perhaps uncoincidentally, she has been conspicuously absent from the show for the rest of this week.

The public loves a good drama, so it didn't take long for tabloids to speculate that Ripa had had a "total meltdown"  and quote "insiders" who say Ripa's alleged recent sick day off was just "classic diva behavior." The Wrap likewise speculated that "Ripa is having a diva-like fit of pique because, insiders say, she was kept out of the loop as network bosses negotiated Strahan’s transfer to 'GMA,'" adding, "Whether Ripa is suffering a wounded ego or her absence is part of a larger negotiating ploy, she may want to think twice before extending her time off from 'Live,' where she reportedly earns a $20 million paycheck."

Yeah, while your male cohost goes on to "more opportunities," just watch your back, missy!

Meanwhile, speculation has been running that Ripa may also be crowded out of her current timeslot, if "GMA's" acquisition of Strahan is part of a strategy to expand the show to a third hour.

Ripa's not some petulant amateur. She's been in the business since she was a teenager, shaking it like a Polaroid on "Dance Party USA." She's been doing her show for more than 15 years. And as Queen of All Media Oprah Winfrey explained to "ET" this week, "Nobody should ever be blindsided. I don't know who's in charge, but somebody should've said, 'This is gonna happen.' You shouldn't have to read it in the paper. Ever."  Maybe certainly now the senior host of her own show? Oh, what a wonderful world it would be if more working women were in enough of a position of power to express their displeasure when they're getting screwed over at their jobs.

Whatever Ripa's current plans or tactical choices about how to handle the next several months until Strahan's September departure, it should be abundantly clear that this is a 45 year old adult we're talking about here, a person with a lengthy and proven television track record. And though she's taken heat in the past for her old fashioned views about who should pick up the dinner check, asserting that she deserves to be kept in the loop when, say, her co-host is leaving the show is as feminist as it gets. And it's sure as hell not a "diva" move, a sexist term used to describe successful women who don't put up with crap.