"Ted Cruz kicked me out of his rally ... just because I was trans," a 16-year-old Maryland teen alleges 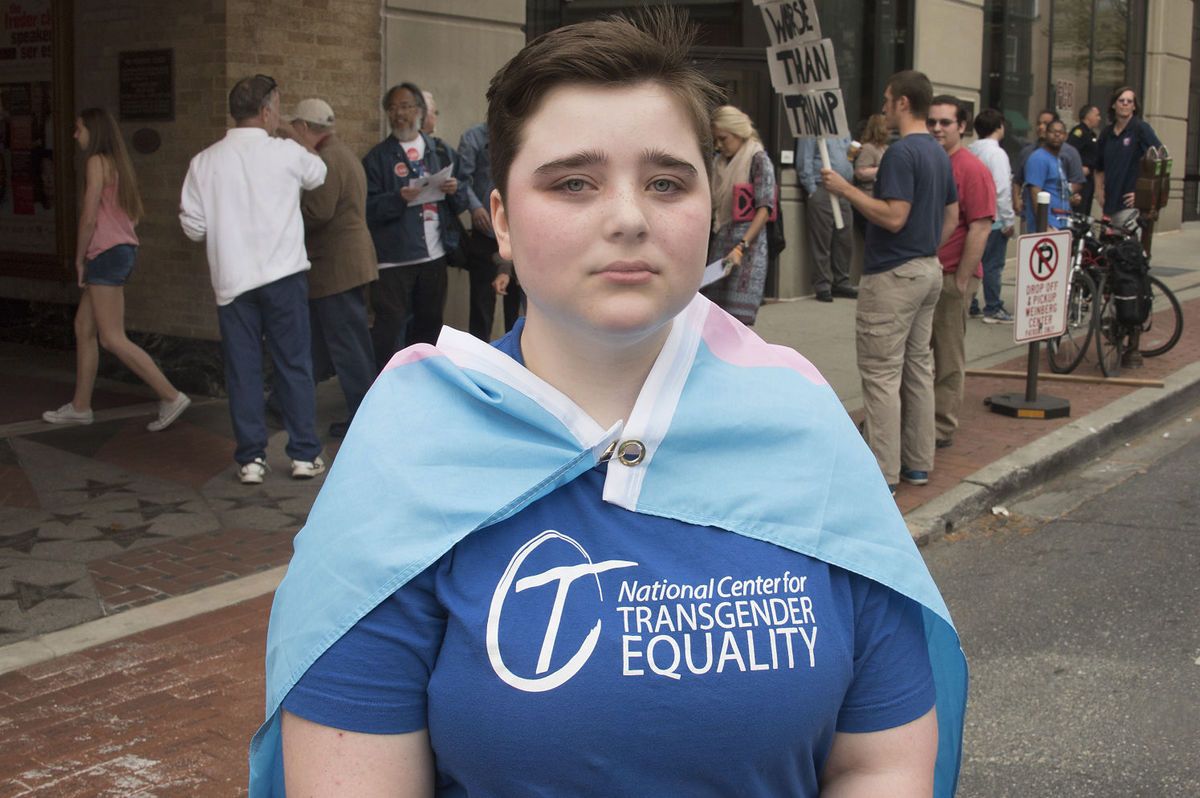 "As a member of the LGBT community, and considering that Ted Cruz is extremely homophobic and transphobic, I came here to represent the LGBT youth that are hurt by his propaganda and rhetoric," 16-year-old Maryland teen James Van Kuilenburg told the Fredrick News-Post on Thursday. Kuilenburg, a transgender boy, said he and his mother were kicked out of the Republican presidential candidate's campaign event in their town simply because James is transgender.

Cruz, the most conservative contender for the Republican presidential nomination in decades, has been a vocal and longtime propagator of the transgender bathroom predator myth and has his campaign has faltered, he's desperately turned up the volume on his campaign of transphobia to gin up votes by scapegoating vulnerable communities as inherently criminal.

Cruz has routinely described nondiscrimination efforts allowing transgender teens to use the locker room and restrooms they identify under as the Department of Education "trying to force a junior high to let a teenage boy shower with the teenage girls."

When asked by one person on the campaign trail if transgender students being forced to use the teacher lounge is an acceptable compromise for conservatives, Cruz responded, "I don't know the facts of that, but I'll say that inflicting - inflicting him on the teachers is probably better than sticking him in the shower with the teenage girls."

Campaigning in Maryland this week, the Texas Tea Party senator attacked rival Donald Trump for refusing to jump aboard the conservative hobby horse of fearmongering for votes at the expense of transgender North Carolinians.

“I am waiting with anticipation for the new baseball caps: “Make PC Great Again,'” Cruz joked after Trump said he didn't support North Carolina's discriminatory bathroom ban because it was bad for business. The Left wants to force its belief system onto Americans across the country and silence people of faith in the public square. Unsurprisingly, Donald Trump is all too eager to join them,” Cruz said in a statement.

“Grown adult men — strangers — should not be alone in a bathroom with little girls. And that’s not conservative. That’s not Republican or Democrat. That’s basic common sense,” Cruz asserted.

With the realization that he's been mathematically eliminated from clinching the nomination before the convention setting in, Cruz's campaign of desperation has even taken up the defense of disgraced ESPN commentator Curt Schilling and his crude transphobic Facebook posts.

"ESPN fired Curt Schilling for making the rather obvious point that we shouldn’t allow grown adult men strangers alone in a bathroom with little girls, that’s a point anyone who is rational should understand,” Cruz told right-wing radio host Glenn Beck on Thursday.

With Cruz's campaign of transphobia ramping up, the 16-year-old student at Gov. Thomas Johnson High School decided his visibility at a Cruz rally would matter. Armed with a sign, a trans pride flag and wearing a National Center for Transgender Equality t-shirt, Kuilenburg first stood in front of the theater where Cruz's Thursday rally in Frederick was held before going into the event, tickets in hand.

"We went in, sitting down and waiting for the speech to begin. We were silent and respectful. Before we even had a chance to see Cruz, I was tapped on the shoulder. When I turned, there was a Campaign Staff member, asking me to leave," Kuilenburg wrote on Facebook:

“The fact that I’m thrown out based on my identity is ridiculous,” Kuilenburg later told the Fredrick News-Post.

“Have we gone stark-raving nuts?” Cruz said inside to the crowd at the Weinberg Center for the Arts. “This is basic common sense ... grown adult men, strangers, should not be alone in a bathroom with little girls.”

Watch the 16-year-old booted from Ted Cruz's campaign event explain what happened, via the News-Post: