"The worst thing that can happen is that friends disappear": Love, loss, and the unappreciated art of checking in

Lisa taught me so much about that familial, intimate act of knowing the minutiae of someone else’s daily life 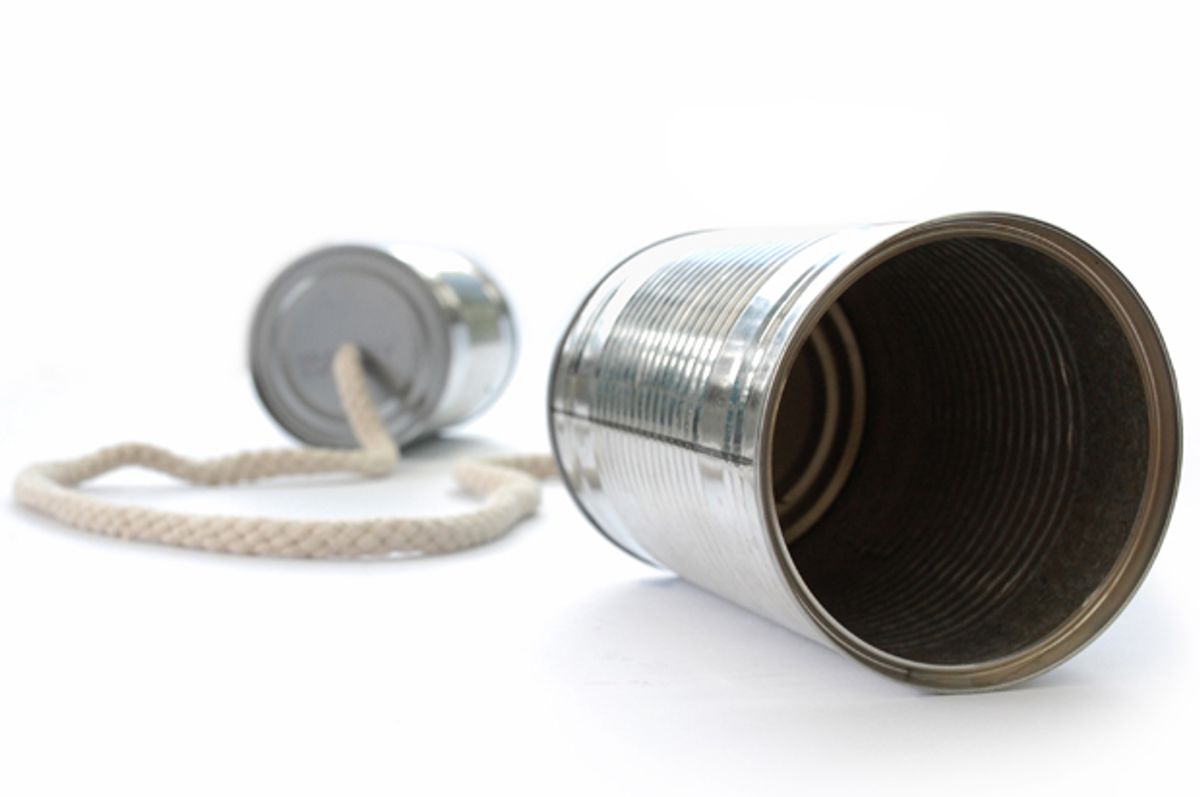 A year ago this March, when I found out that my friend Lisa had died, my first instinct on that cold black night was to text her: Are you ok? Thinking about you. Will check in again tomorrow. Because as ridiculous as that sounds, that was the habit of our relationship: Checking in on each other, by text, was what we did.

It’s what she did with everyone.

Lisa Bonchek Adams — 45, a mother of three and a prolific and well-known blogger and tweeter on metastatic breast cancer — had spent years checking in on her vast universe of friends and fans, countless stars blinking their sad struggles. Checking in — that familial, maternal, intimate act of knowing enough about the minutiae of someone else’s daily life to be able to ask about it — was Lisa’s signature act, and became, to those of us lucky enough to be checked on regularly by her, her legacy. Cancer may have been the demise of her DNA, but emotional connection was in every molecule of its complex spiral. To her, illness — including emotional struggle of any kind — was a lonely parallel universe from which muted awkward friends retreat, but Lisa proved that where medicine failed and fear prevailed, checking in and staying in touch could make all the difference. Sickness and dying might sometimes be inevitable, but isolation didn’t have to be.

This was news to me.

When I first joined Twitter in 2009, Lisa found me through my novels and my blog about my own experience with breast cancer. We became Twitter friends, and after a trip brought her to Boston, where I live, we became actual friends. Perfect timing. Months later, when my mother was diagnosed with pancreatic cancer, I retreated, but Lisa didn’t: she emailed and texted to ask about test results, procedures, treatments. What did the biopsy show? Did the chemo-port insertion go smoothly? Was her pain being managed? How was my young son handling it? Was there anything I needed? Was there something she could do? I answered her from waiting rooms, hospital cafeterias, from my bed late at night after long days gutted by bad news, sometimes in short bursts; other times in lengthy threads. Proof that Lisa’s method worked lies in the fact that years later, much of what I remember most from that terrible time besides my mother’s steady and awful decline was Lisa:

Until Lisa, I’d resisted check-ins. I’d had a complicated relationship with my mother whose check-in calls when I was young and single and living in New York, though undoubtedly well-meaning, always felt intrusive, judgmental, and disapproving. Later, after I’d published books, married, had a son, and moved home to where my parents still lived, the seams of my life started to unravel, and I continued to avoid my mother’s calls and those of well-intentioned friends, too. I didn’t want to be checked on; I didn’t want to have to explain my depression, or my husband’s; I didn’t want to have to catalogue my latest career disappointments or financial concerns. Checking out seemed infinitely easier instead of consistently checking in and exposing myself to criticism and judgment, real or imagined. It was also much lonelier.

But illness changes everything.

On my phone I still have five saved check-in messages my mother left me after she got sick. In each, her voice is just a little softer, a little gentler, a little weaker. As she was dying, her check-ins got warmer and sweeter. I’ve saved them — from Blackberry to iPhone, miraculously — for almost six years, and while I can’t bring myself to listen to them, knowing they’re there gives me immeasurable comfort. It’s an irony that isn’t lost on me.

Another irony that isn’t lost on me: Despite everything Lisa taught me about the simple grace of checking in, I sometimes found it difficult to consistently stay in touch with her when all the treatments she tried, every last one of them, stopped working and her cancer overtook her with a vengeance. My emails and texts slowed, not because I’d stopped thinking about her — I thought about her almost constantly, in fact — but because I’d run out of things to say. “The worst thing that can happen is that friends disappear,” Lisa wrote in one of her most popular posts, and yet that is what almost always happens when all hope seems lost: fear of saying the wrong thing and fear itself — of sickness and loss, of emotional agony, of life gone awry — makes us go mute when friends who are suffering need us the most.

So what can we do when words fail? How can we try to help the ones we love through physical illness and emotional distress? We can start by starting small:

We can check in on each other, with a rhythm of regularity and consistency.

We can talk less and listen more.

We can try our hardest not to disappear.

And when we fail, which we will, because we’re human and struggling, too, we can try again.

We must always try again.

The night Lisa died I instantly checked in on a mutual friend in Vermont. As our messages fired back and forth, we decided the best way we could honor her life and process our grief was to prove that we’d learned her biggest lesson. We agreed that we would check in with each other more, even when we were busy and especially when every cell in our private, isolation-loving beings was telling us to hide, to disappear, to retreat. And we have. Every week or two since then one of us sends the other an email, subject line: Checking in! And every time we do, we think of Lisa.

Because she taught us all how to be better and more caring friends to each other, and how to feel less alone in the world, one tiny check-in at a time.

Laura Zigman is the author of Animal Husbandry and three other novels. She’s at work on Still Life, With Braces, a book about moving back home as an adult.