Bad news for Hillary and Democrats: Donald Trump is coaxing tens of thousands of Pennsylvania Dems to switch parties

According to the Duluth News Tribune, an unprecedented number of Pennsylvanians have switched their parties 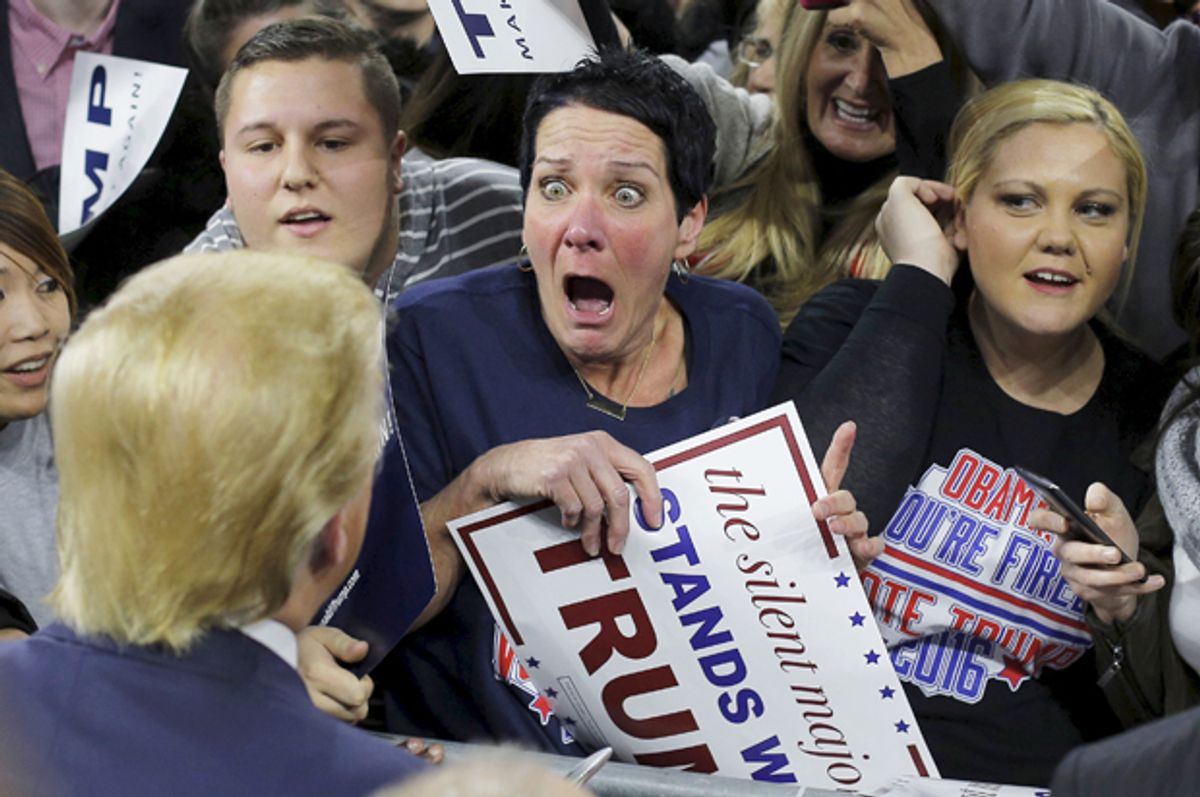 Short of unifying his own party, Donald Trump has somehow managed to blur partisan lines in Pennsylvania with his paper-thin policy platforms.

An unprecedented number of Pennsylvanians have switched their party affiliation from Democrat to Republican ahead of Tuesday's primary in order to vote Trump, according to a Duluth News Tribune report.

The report said that "61,500 Democrats have become Republicans so far this year, part of a 145,000 jump in Republican registrations since the fall 2015 election."

Many of these voters crossing party lines are working-class, middle-aged and "feel Trump is sticking it to the man." They feel the Democratic party has prioritized the wants of more lucrative voting blocs, like youths, minorities and yuppies. For this reason, they find Trump's political incorrectness refreshing.

"The silent majority’s been kept quiet by all the political correctness in the world,"  Laurie McGinnis, a 49-year-old school bus driver, told the paper.

This shift in allegiances underlies a significant partisan age gap that's playing itself out within the Democratic party -- with millennial voters leaning further left than their baby-boomer counterparts.

“I would say the Democratic Party moved away from me,” said a grandmother from Beaver, Pennsylvania, who voted for Hillary Clinton in 2008. “I didn’t move away from it.”