No word on better training to prevent Cleveland police from shooting children in Ohio, an open-carry state 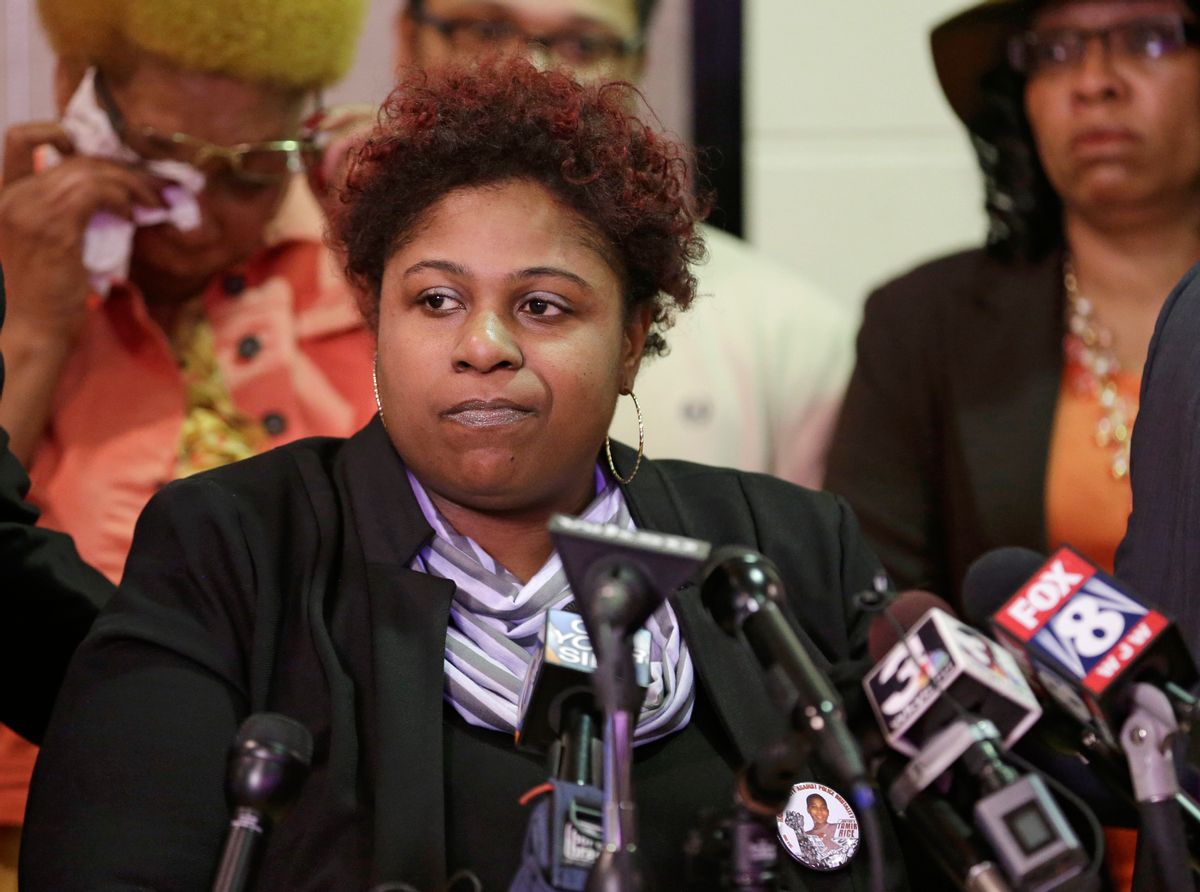 FILE - In this March 3, 2015, file photo, Samaria Rice, the mother of Tamir Rice, a boy fatally shot by a Cleveland police officer, talks about the family's lawsuit against the city in Cleveland. The city of Cleveland has reached a settlement Monday, April 25, 2016, in a lawsuit over the death of Rice. (AP Photo/Tony Dejak, File) (AP)
--

On November 22, 2014, 12-year-old Tamir Rice was shot and killed by Cleveland police officer Timothy Loehmann. After a more than year long delay, a grand jury failed to indict Loehmann for what prosecutor Tim McGinty described as a “perfect storm of human error, mistakes and communications.” Seconds after arriving at the scene, Loehmann fired at Rice who was alone in a local park with a toy gun.

In February, the city of Cleveland filed a creditor’s claim against Rice's family of $500 for “emergency medical services rendered as the decedent’s last dying expense,” $450 for “ambulance advance life support” and $50 for mileage, before quickly retracting the charges in the face of swift public outcry.

Today, the city of Cleveland approved a $6 million settlement for Rice's family, the largest settlement ever in a civil rights case against the city.

Reacting to the news, the head of Cleveland's Police Patrolman's Association association Steve Loomis called on Rice's family to use part of the settlement to educate children on gun safety. The bright orange safety tip on Rice's toy gun was reportedly removed when he took it to the park days before Thanksgiving in 2014. According to the Cleveland Plain-Dealer, "Loomis has used Tamir's shooting to show that police often cannot tell the difference between real and replica firearms."

"Something positive must come from this tragic loss. That would be educating youth of the dangers of possessing a real or replica firearm," Loomis said in a statement.

The union's rather odious response made no mention of better training so that officers like Loehmann approach potentially armed suspects with caution. Video footage of Rice's shooting shows that Loehmann and his partner sped their patrol car right up to Rice, immediately hoping out and appearing to gun down the 12-year-old without much time for stand-down talks.

The union's rather odious response made no mention of better training for 9-11 dispatch officers like the one who received a call correctly identifying Rice as likely a teenager and his gun as likely a toy, but who somehow managed to not accurately relay that information to the responding police officers.

"We can only hope the Rice family and their attorneys will use a portion of this settlement to help educate the youth of Cleveland in the dangers associated with the mishandling of both real and facsimile firearms," Loomis wrote.