Set Prince's vault free: His music is too fascinating and important to stay locked up

Unless Prince explicitly said his music must remain under lock at Paisley Park, the world should hear it 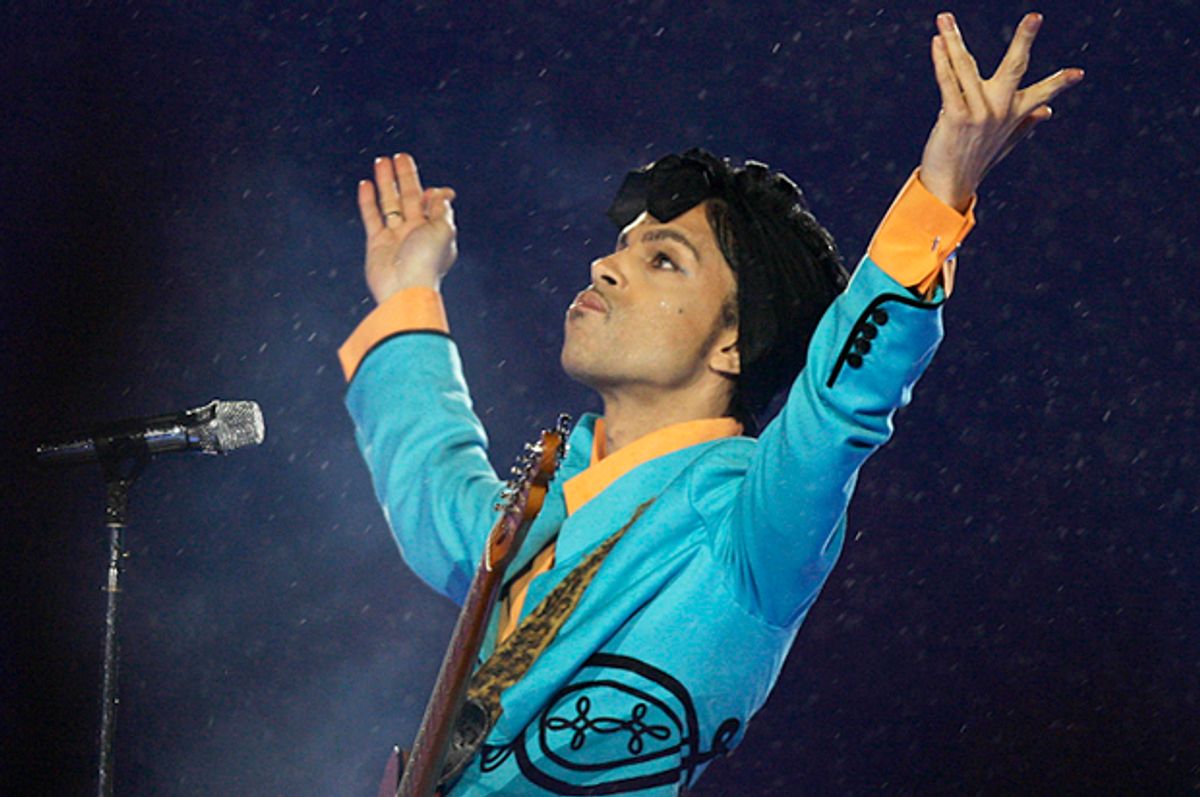 Since his death, Prince has emerged as an artist with something close to a consensus around him: Musicians, critics, and music fans see him as not only a hugely major figure, but an impossibly complex one. Assessments of his guitar playing, his lyrics, his relationship to technology, his sexuality, his quiet philanthropy, his embrace of religion, and his intense individualism have reminded anyone who might have taken him for granted that Prince was not a musician of a single style or a single era. He contained multitudes. And it’s hard to imagine anyone who genuinely likes music who’s not blown away by Prince's music and legacy.

For those of us who are disoriented by his death, the very public mourning has provided a kind of fellowship. As Prince united disparate audiences with his music, so he’s united his fans again.

But one place where those mourning Prince are split is over the contents of his vault. Prince fans have wondered about the vault for decades now, a BBC documentary by Mobeen Azhar heightened curiosity, and Prince’s death makes listeners even more eager to know what’s in it. Recent reports talk about as much as 2,000 songs, going back to nearly the beginning of his career.

Wired describes it this way:

Deep in the bowels of Paisley Park, the recording studio compound Prince built in Chanhassen, Minnesota, lies a room-sized vault. It looks like something you’d find in a bank, with a big wheel on the door and a spinning combination lock only a few people can open. The walls are lined with shelves, organized chronologically and bursting with unreleased recordings. The trove includes funk instrumentals, a rock power trio, jam sessions with Miles Davis. A lifetime’s worth of songs, videos, documentaries, and more.

On one side are Prince friends and admirers who think that the material should be left alone. Prince fought to have control over his career, warring not only with his record companies and music streamers, but famously changing his name in the ‘90s.

Others, like Prince’s recording engineer from the ‘80s, Susan Rogers, thinks the music should be released.

The issue is tricky since Prince has not widow or children or parents who can figure out whether the music should get out there and how it will roll out if it does. Here's Wired again:

“I would anticipate that Prince and his lawyers had long conversations about that many years ago,” says Siva Vaidhyanathan, a media professor at the University of Virginia. Prince almost certainly specified in his will what he wants done with the archive, and his executor is bound by its terms. “We would only really learn the terms if his estate decided to release the music,” Vaidhyanathan says. “And he could have instructed his heirs, his estate, never to release the material.”

The issue is fraught in all kinds of different ways. Is it disrespecting Prince, and his dedication to creative control, to urge that his music be released now that he’s gone?

Copyright, which is absolutely crucial for artists of all kinds, means that Prince owned the work as soon as he wrote his songs down, and now they belong to his heirs. At this point we don’t know who that is, who will execute the will, or what instructions Prince left on the vault.

I totally get the argument that we let artists decide which of their work goes out to the public, and if Prince left explicit instructions that the music should stay in the vault, we'll have to honor that. There’s no feasible – or legal -- ways fans or journalists or anyone else can barge into Paisley Park, grab 2,000 songs and all the videos and everything else, and set them free.

But most of us who love Prince’s music want more of it. Let’s respect copyright and Prince’s intentions, but also urge the people handling this to lean toward letting the world hear what the musical genius was up to. We have Kafka’s novels because Max Brod defied the author’s orders that he burn them. We’ve heard Bob Dylan’s “Basement Tapes” because the circulation of bootlegs persuaded his label to release them.

I hate to think of Prince fans being on opposite sides of this. This is one of the great musicians of our time, and someone who loved putting his music across to audiences. He's historically important in a way that has few parallels among musicians of the rock era. We don’t know what Prince wanted. But the generosity he demonstrated across his career suggests he’d want people to draw sustenance from what he produced; he was idealistic about music's power. Here’s hoping whoever makes the call, whether his executor or a judge, shares that generosity.