Critics of a $15 min. wage say that it will increase prices & put companies out of business. Only one problem... 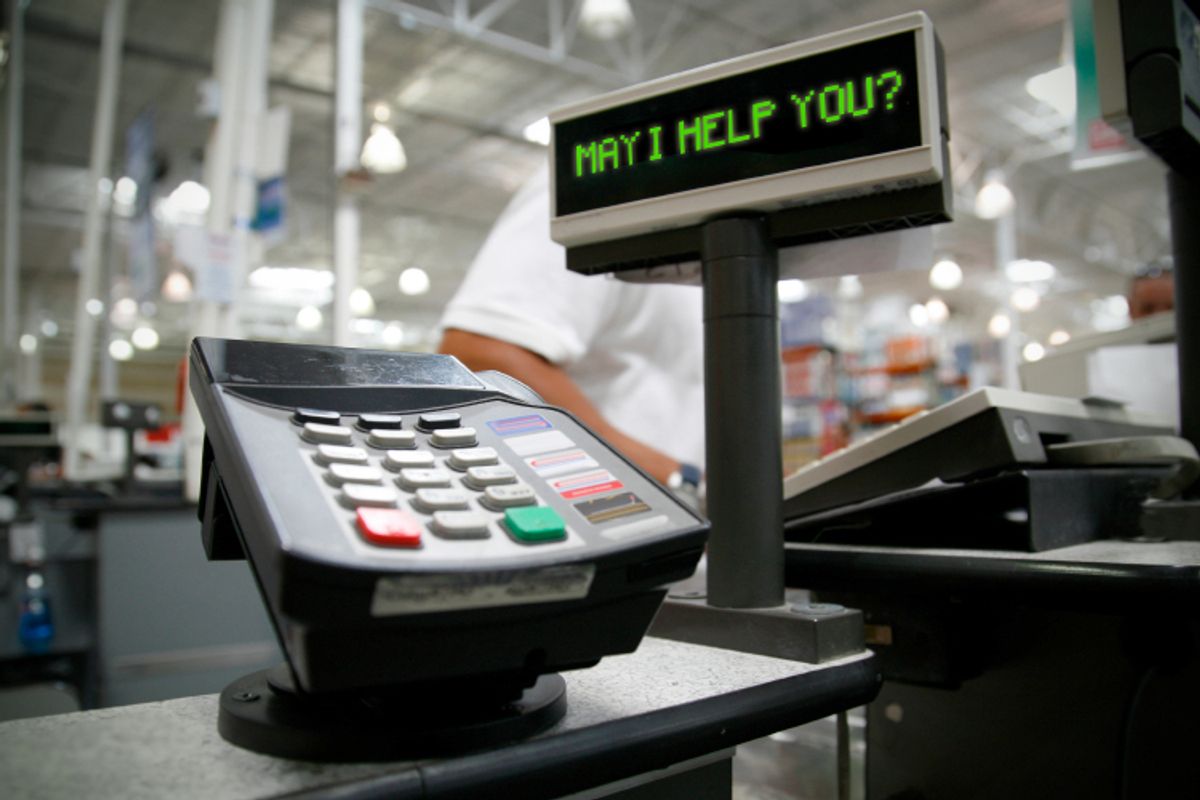 You know that the fight to significantly increase the minimum wage in America is winning these days by the decibel level of its critics, warning that the raises will hurt the very people they mean to help. But among the many benefits of recent successes is that, instead of endless theorizing about the minimum wage’s effects, we’ll have actual data as salaries gradually rise. And the first set of data thus far refutes one of the critics’ biggest charges.

Four researchers at the University of Washington looked at the early returns from Seattle’s landmark minimum wage law, enacted in 2014. The law raises the minimum wage in stages, with all workers reaching $15 an hour by 2021, and some faster than that. The first phase, in April 2015, took most workers to $11 an hour. (It has since increased again to between $12-$13 in January 2016.) The researchers looked at the first year of implementation, with a particular focus on prices.

This is one of the critics’ many go-to arguments: Raise wages, they say, and businesses will have to raise prices to maintain their profits. It seemed like an uncontroversial claim; even supporters of the Fight for $15 said they would be willing to pay a bit more to give workers a living wage. And 62 percent of Seattle employers responded in an initial survey before the wage hike took effect that they would likely raise prices.

But they haven’t yet.

The UW researchers visited grocery stores, gas stations, restaurants, and retail outlets in the year since initial implementation, and also scraped the Web to check local prices on goods, services, and rent. “Our preliminary analysis of grocery, retail, gasoline, and rent prices has found little or no evidence of price increases in Seattle relative to the surrounding areas,” the researchers concluded.

The team found no measurable price hike at all at grocery stores, gas stations or retail outlets. Researchers filled a sample “grocery basket” in March 2015, before the wage increase, and it cost them $317. After the wage increase, that same basket cost $315.

The only place where they found some increase was at restaurants, where prices went up on average around 7 percent. However, they also tested restaurants outside of Seattle and saw increases there as well, meaning that it could reflect higher food costs or other factors beyond the minimum wage hike.

It could certainly be the case that the initial raise to $11 didn’t require price increases, and future steps up will. However, the researchers note, “in other cases… the absence of price effects shows the relative unimportance of labor in a business’s cost structure.” For example, a gas station employs far fewer minimum-wage service personnel than a restaurant, and will be relatively unaffected by paying them another dollar per hour. Moreover, in an affluent community like Seattle, the cost of renting or mortgaging the physical commercial space may dwarf labor costs.

The cynical response here would be that brick-and-mortar retail businesses didn’t raise prices because they couldn’t, as competition from online retailers like Amazon would bury them. Subsequently, the wage hike will only accelerate the “end of retail” and push stores out of business, increasing unemployment.

But this is one of a litany of suppositions people make about the minimum wage. Perhaps the fact that workers will have more to spend will blunt any impact from higher labor costs. Perhaps lower turnover and increased worker productivity will absorb those costs. Perhaps people in wealthy towns like Seattle will gladly pay for higher prices if they ever come. Perhaps employers will replace line workers with robots. Perhaps the entire system will go kablooey.

We don’t have a good track record for predicting the future when it comes to things like this. All we know is the rolling effects as implementation continues. And so far, it’s a big nothing-burger for the economy, while workers get lifted ever more out of poverty.

Indeed, so far, every time critics point to disaster arising from Seattle’s minimum wage, they have been wrong. Those shrieking about rising unemployment in Seattle after the first phase-in of wage hikes were actually looking at a routine seasonal variation. Another shout that employment was falling in Seattle turned out to be a measurement of the Seattle metropolitan area, which includes 39 cities, most of which didn’t raise their minimum wage. And even in the Seattle MSA, it’s hard to find a collapsing economy; Seattle’s unemployment rate is higher than a year ago but still at 4.8 percent, just below the national average and well below the state of Washington overall. A third claim that in-Seattle employment was falling was based on small sample-size, error-prone data.

We can only go by what we have so far, and what we have rebuts the common argument that consumers will have to pay dearly for increases in the minimum wage. And if that isn’t happening, a lot of the other assumptions might fade away as well.

Cities and states are phasing in the minimum wage gradually, partially out of sensitivity to potentially damaging effects and partially so we can study the effects along every step. The UW researchers plan a second round of surveys, price studies, and data analysis this year and next, and will incorporate studies of Chicago, where the wage will rise to $13 an hour by 2019, into their findings.

In short, the minimum wage will be as meticulously studied a public law as we’ve seen in recent decades. If something is amiss, everyone will know about it. I hate to break it to the doomsayers, but right now, everything’s pretty much fine. And workers have a bit more cash in their paychecks besides.