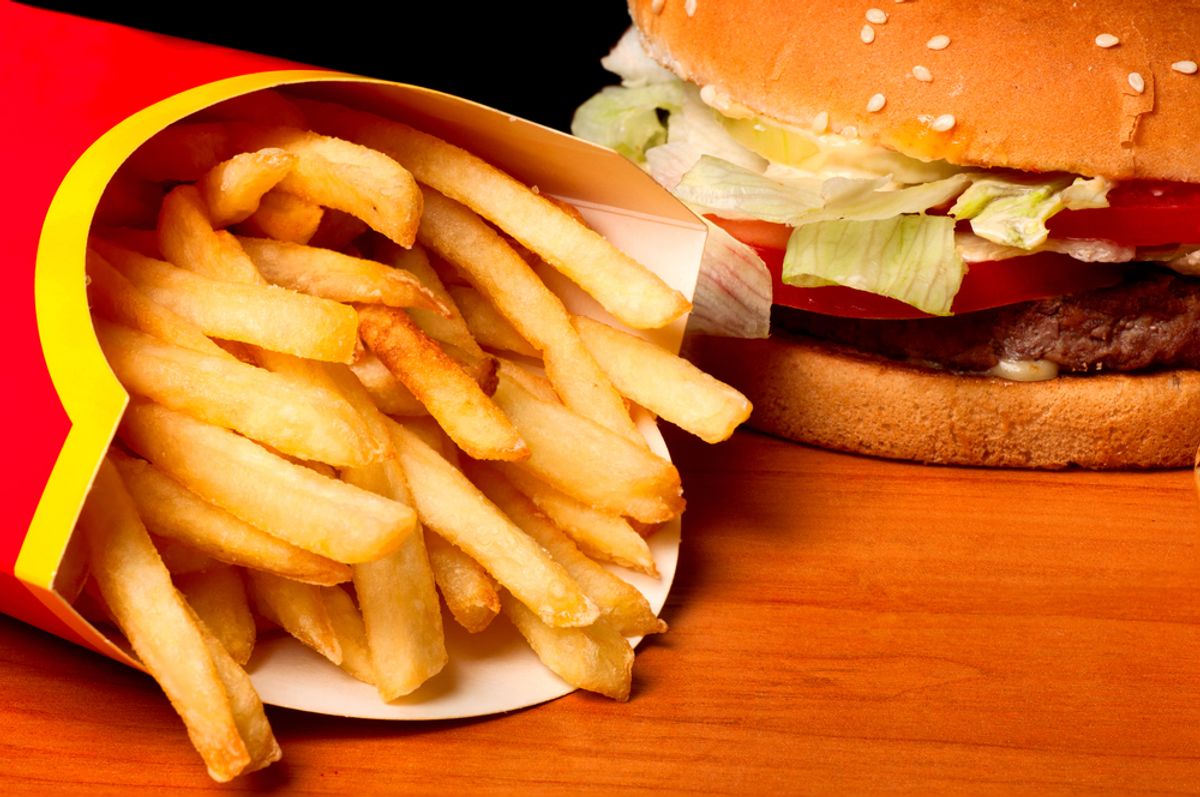 As if it weren’t already enough of a headache to find non-toxic, safe and healthy food to eat, a recent study published in the journal Environmental Health Perspective reveals that the packaging used to contain certain food products can impact your hormones. Researchers for the study found that people who eat more fast food have significantly increased rates of phthalates—industrial chemicals used to make plastics—in their systems. The study authors attribute the trend to those chemicals seeping from plastic packaging into foods.

The study asked 8,877 participants in the National Health and Nutrition Examinations Surveys between 2003 and 2010 to report all the food they had eaten within last 24 hours. Participants also donated a urine sample to the study. Researchers tested each urine sample for the industrial chemicals di(2-ethylhexyl) phthalate (DEHP), diisononyl phthalate (DiNP) and bisphenol A (BPA)—all of which are suspected to impact health and hormones.

The results showed people for whom fast food made up 35% or more of their daily food consumption had higher rates of DEHP (24%) and DiNP (40%), compared to those who did not eat fast food. There was no significant correlation between BPA and fast food.

Often packaging that contains phthalates arrives wrapped around fast food, but it also covers a number of processed grocery store items, according to the American Chemistry Council.

While this study did not show a correlation between BPA in the blood and fast food consumption, researchers concluded in 2008 hat plastics containing BPA can and do seep into foods, then into the bloodstream. Since then, BPA has been banned by many food packaging manufacturers, which could potentially explain its absence in the recent study.

Thanks to a  fight to educate the public that dates back to the 50’s, most people now know chemicals are entering our food supply in a number of ways. Studies continue to link them with common cancers—like breast cancers—as well as other health issues like reproductive abnormalities in men and women. Despite mass efforts to reign in the big companies like Monsanto and others, which are responsible for the creation of many chemical poisons, chemicals continue make their way into our food supply all the time. They usually do so via packaging, pesticides sprayed on crops, or antibiotics and hormones given to poultry, pigs and cattle.

The public is generally aware that fast food is unhealthy (even with toxic chemicals aside, they contribute to our high rates of diabetes, heart disease and obesity). It’s also likely the average person has heard that processed foods contain cancer-causing carcinogens. But people in the US continue to consume these foods at perversely high rates. According to the United States Healthful Food Council, the average American adult buys a meal or snack from a restaurant 5.8 times a week, and more than 30 percent of children eat fast food on any given day. Americans spend an average of $100 billion on fast food each year, and  It is likely that the inordinate rates of poverty and absurdly low minimum wages in this country are the main cause of our fast food addiction. Foods that lack chemical additives are more expensive and typically take more time to prepare. For the millions of overworked, underpaid people receiving poverty wages in America, fast foods and processed foods can be the only realistic option.

Zota spoke to this piece of the puzzle in the Time interview, which points out that “about a third of all the people in the study had eaten fast food in the prior day.”

“That’s a lot,” Zota said. “That alone tells you the public health impact of this type of food preparation.”

Zota also told Time that in addition to chemicals leaching into food through packaging, “plastic gloves and conveyer belts could also be sources.”

The study’s conclusion states that  “Fast food may be a source of exposure to DEHP and DiNP. These results, if confirmed, could inform individual and regulatory exposure reduction strategies.”