Their answers were all entirely reasonable, no many how many clips of "The 3 Stooges" he played after them 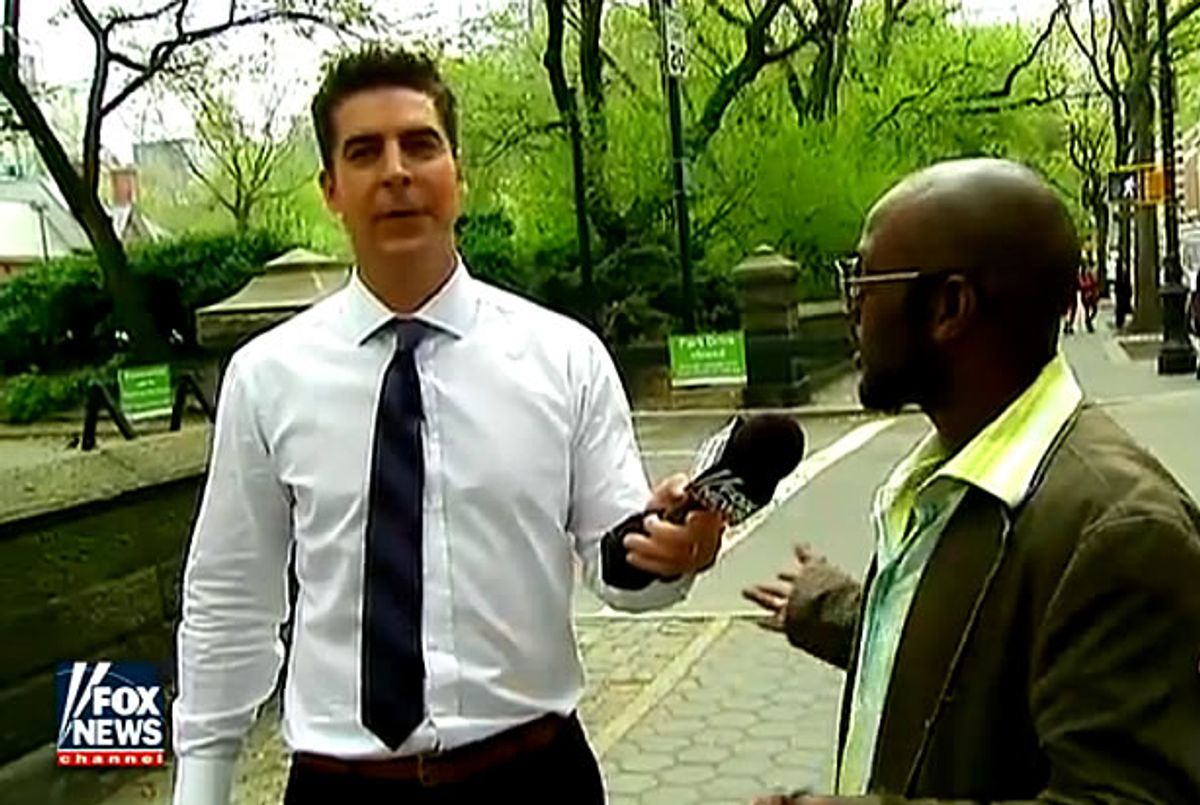 On the latest installment of "Watters' World," Bill O'Reilly sent Jesse Watters to Central Park to ask young people about government entitlement programs -- or as O'Reilly and Watters put it, "the free stuff" they believe the government should provide for them.

Despite the fact that every question Watters asked was loaded to the gills, the majority of their answers fell squarely within the bounds of what any modern day New Deal liberal would reasonably be expected to say.

"Healthcare," which is now the law of the land, the majority of them began with -- before moving on to "food," which as the Supplemental Nutrition Assistance Program (SNAP) is an integral part of the War on Poverty and been around since 1961.

When asked which foods the poor should be entitled to, one young man starts listing vegetables -- all of which are not only approved by SNAP, but which even conservatives trying to limit SNAP benefits would have little objection to the impoverished purchasing.

Watters attempted to "trick" the millennials into asking for absurd benefits, but even the ones that seem off at first were quickly justified, such as massage therapy, "which is good at treating certain medical conditions," and yoga, "which can help prevent injuries and lower blood pressure."

Because, of course, nothing says "Kids these days are so short-sighted" as having them extol the benefits of preventative medicine.

Watch Watters not realize he's humiliating himself below via Fox News.