What everybody missed about Charles Koch's "endorsement" of Hillary Clinton

The Internet was abuzz yesterday when the billionaire supposedly threw his weight behind Clinton. But he didn't 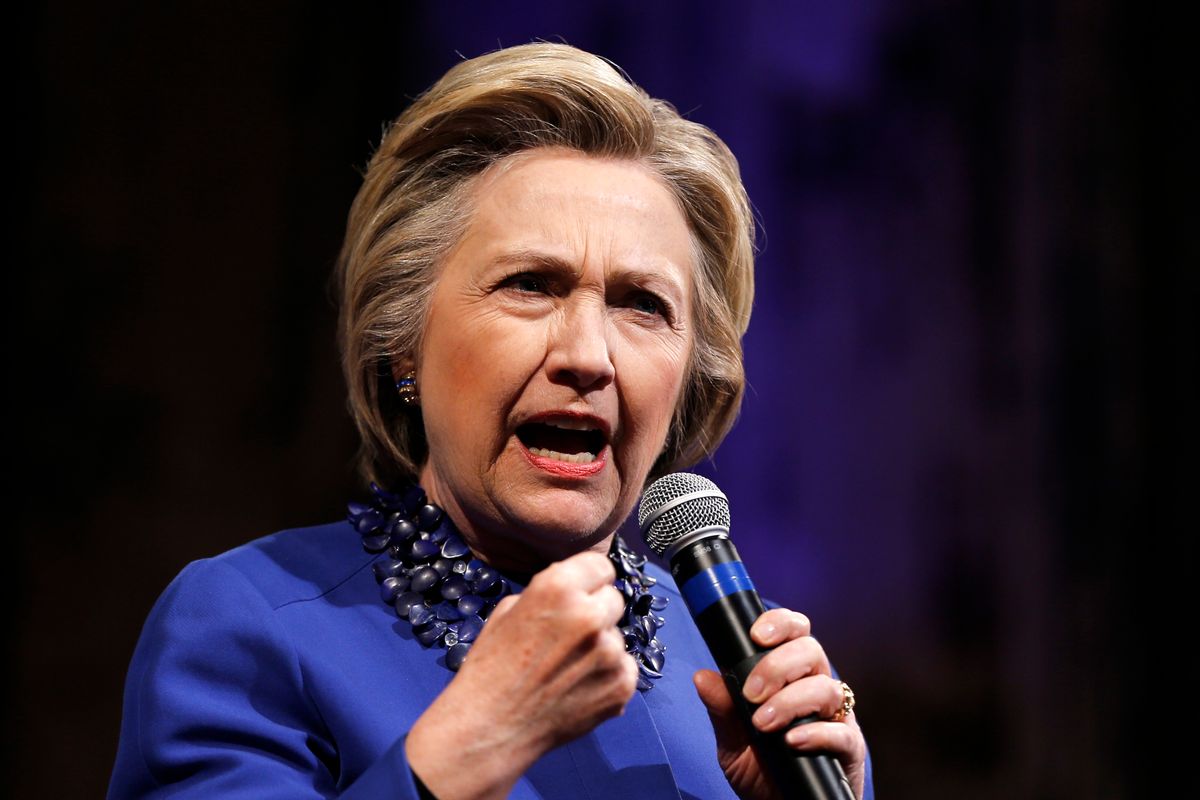 Let us start by dispensing with one of the funniest fictions that spread around social media on Sunday: No, Wichita billionaire and supervillain from a “Naked Gun” movie Charles Koch did not endorse Hillary Clinton for president.

The comments that set off much finger-pointing and cries of “Aha! We told you Hillary is a tool of conservative billionaires!” came towards the end of this interview Koch gave ABC’s Jonathan Karl on the Sunday show “This Week.” The libertarian billionaire was making the not-at-all-debatable-or-controversial point that under George W. Bush, the size of government and its debts grew at a rate of about two and a half times what it had been under Bush’s predecessor, Bill Clinton. This led Karl to ask if Koch thinks “another Clinton” will be a better president than a Republican:

KARL: So is it possible another Clinton could be better than another Republican--

KARL: Next time around?

KARL: You couldn't see yourself supporting Hillary Clinton, could you?

First, let’s point out that Karl’s initial comment here is the sort of casual, tossed-off remark that might pass as sophisticated political analysis in a friendly interview. But it is silly on its face. It leaves out entire reams of context about the environment in which Hillary Clinton might get elected compared to that which greeted her husband 24 years ago. It may be fashionable to speak of the Clintons as one two-headed neoliberal demon. But in truth, should Hillary reach the Oval Office, she’ll do so with the support of a Democratic Party well to the left of where it was in 1992, and with more liberal senators like Elizabeth Warren and Sherrod Brown – and yes, Bernie Sanders – flexing some newly-empowered muscles in a Senate that could have a Democratic majority.

This is not to naively suggest she’ll give the country the George McGovern administration we were denied in the early 1970s. But liberal legislators might be in better position than they were in 1992 to extract concessions from her on some agenda items important to the left. Assuming the legislative environment will all be the same for Hillary as it was for Bill is facile. Even if her natural instinct is to govern as a triangulating centrist on the domestic front – and I am not convinced it is – such a philosophy is going to be a lot harder to follow in 2016 than it was during her husband’s two terms.

In short, Charles Koch might find the Democratic coalition that will have a say in a new President Clinton’s agenda a lot less pliable and to his liking than the one he saw in the '90s.

Now read Koch’s last quote again. Does that sound like a man throwing his support behind a candidate? As an endorsement, “She might be okay if she doesn’t do what she says she’ll do in office” does not even reach the level of tepid. It’s the political equivalent of a teenager shrugging and telling her parents, “I guess, like, whatever.”

And if Clinton doesn’t do what Charles Koch hopes she will? He and his brother will keep throwing money at congressional elections, helping to elect right-wingers to the House and making a run at taking back the Senate for the GOP in the 2018 midterms, when the electoral map will be much more favorably disposed to Republicans.

In truth, this entire interview was nothing new for Koch. He has been complaining for months about the lack of bang he and his brother David are getting for their buck, considering all the money they've thrown into the presidential campaign. Or, more accurately, all the money they have thrown at the gazillion front groups and intellectual wing-nut chop-shops they fund to push for more libertarian policies in America, which he apparently thinks entitles him to more of a say in whose interests the government should prioritize. This was apparent in his suggestion that he’ll take Clinton more seriously if she satisfies his wants instead of those of the coalition that elects her, and in his playing the victim when he complained to Karl that he’s gotten “a lot of abuse” for the hundreds of millions of dollars he has invested in politics. Poor guy! He probably cries himself to sleep every night atop a large pile of money.

To the extent that Charles Koch would consider supporting Hillary Clinton, it is for one reason only: Stability. The biggest threat to a billionaire capitalist with his fingers in an uncountable number of pies is any kind of upheaval in the system. Of the remaining candidates, Clinton offers the most continuity from the Obama administration. She is the one whose election would be least likely to upset the apple cart, to send leaders of foreign countries where the Kochs have business interests into a tizzy, or the stock market plunging like a skydiver with a failed parachute.

And even with all of that, Charles Koch’s alleged support comes with the qualifier that Clinton must bend to his will. It’s no wonder she rejected his “endorsement” and the cheap paternalism behind it. Others have called the rejection cynical, and perhaps that’s true. But it was still the right thing.