Who at Fox News ordered Sean Hannity and Ted Cruz to kiss and make up? 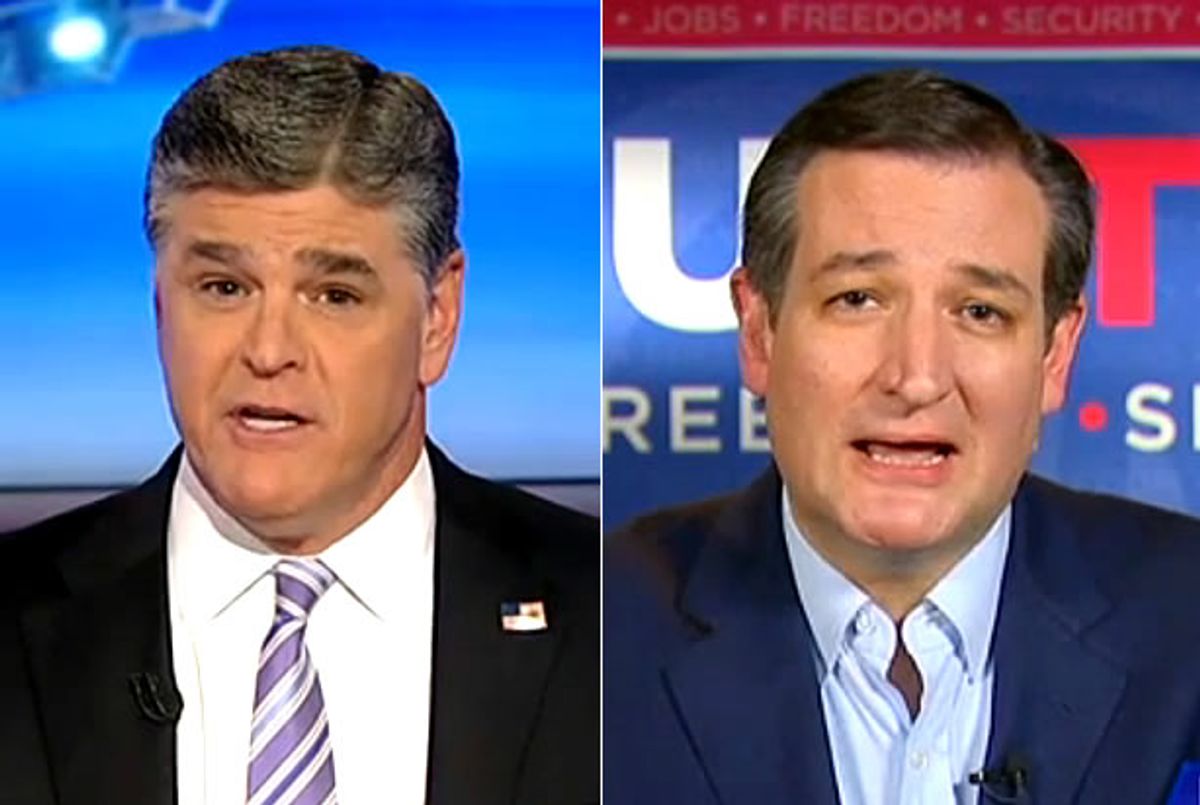 Not even a week ago, Sean Hannity used his program as a platform from which to tantrum about the inequities of Texas Senator Ted Cruz, but apparently he was told it was time to make nice with the congressman, as the Fox News host invited him back Monday evening for a very uncomfortable conversation.

To those unfamiliar with the dynamic these two once shared, this conversation -- their 43rd since Cruz announced his presidential ambitions in June -- could seem merely "professional," but to those of us lucky enough to have watched the majority of those conversations, it read as "cold" and "detached."

Hannity began by thanking the man he just last week declared himself to be "sick of" for appearing on the program. Cruz thanked Hannity for having him, but instead of the normal pleasantries, Hannity cut straight to business, asking the senator about his newly formed alliance with Ohio Governor John Kasich.

"I'm in Greenwood, Indiana right now," he continued. "We're barn-storming the state. We are traveling the state, working to earn the votes of the men and women in this state."

"Indiana's going to be a critical state -- it's really going to be at the crossroads of these primaries," which is another way for Cruz to say that he believes winning it will help prevent Donald Trump from receiving 1,237 delegates before the Republican National Convention in Cleveland this summer.

"It's going to be a battle to see who can earn a majority of delegates elected by the people -- and I think in that battle we will have a tremendous advantage."

Watch the sad remains of their once robust relationship withering on the televisual vine below via Fox News.