A viral video won't stop abuse: If these "mean tweets" at female sports writers are “shocking,” you haven’t been paying attention

Welcome to being a woman in the world, where harassment is a daily reality for many—and not limited to Twitter 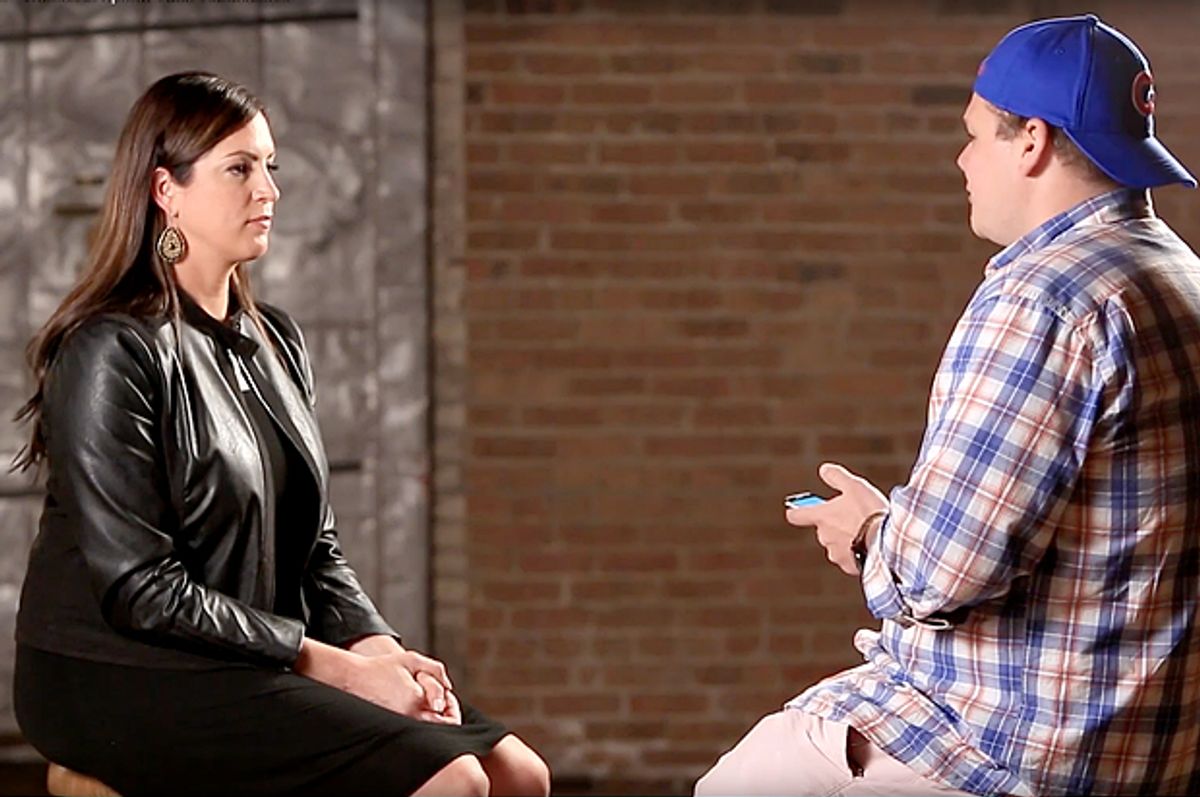 The things that anonymous trolls say to women — like say, women in sports reporting — are horrible, disgusting, threatening, and sometimes just plain perplexing. But if you're a woman or have had any real conversations with women, it's hard to understand how you could call them "shocking." What's so shocking about an all too common experience?

Earlier this week, sports journalists Sarah Spain and Julie DiCaro shared a video on Not Just Sports' YouTube channel, featuring a group of real men reading comments that have been directed to them online. The video starts out lightheartedly, with DiCaro laughing at the comment, "I'd like to start a petition for a ban on all links to Julie DiCaro's Twitter feed." The early comments are the run of the mill stuff that any writer might expect — "mediocre" and "not atrocious."

But then it quickly turns, as the men find themselves reading, right to the women's faces, comments that they "should be beaten to death" that they "hope your dog gets hit by a car," or that they hope they're "Bill Cosby's next victim." As one man uncomfortably observes, "There's a lot of C words." The men — who had not seen the messages prior to reading them — appear understandably distressed as they read things like, "Why bring up your own rape in a story? Is it your way of firing back at critics who say you can't get any?" and "I hope you get raped again."

As the video states, "Some women in sports are harassed just for doing their jobs." This is not news to many of us, whether we work in sports or not. And it's not just online. Last year, CityNews reporter Shauna Hunt got fed up with a group of bros heckling to "f__k her in the p___y" turned the incident into a media moment, explaining on air, "I’m sick of this. I get this every single day, ten times a day, by rude guys like you." She later said on “Breakfast Television” that "Every single day people are yelling this at us. Men drive by, roll down their car windows and just yell it on the street."

Similarly, Erin Andrews, who was the victim of a stalker eight who shattered her privacy years ago said last month that "This happens every day of my life, either I get a tweet or somebody makes a comment in the paper or somebody sends me a still of the video to my Twitter or someone screams it at me in the stands and I’m right back to this." It's not restricted to sports, either. Last year, a BBC reporter doing a segment on street harassment found herself — surprise! — the target of street harassment while she was shooting the piece.

The video ends with the radical suggestion that "We wouldn't say it to their faces. So let's not type it." The video has racked up over a million views in its first two days, and the hashtag #MoreThanMean has become a rallying cry on social media. Of course, you can't expect Internet commenters to believe the problem could be them, so underneath the video there are inevitable YouTube "f__k her in the p___y" and "Quit being whiny bitches!" remarks, as well as those calling DiCaro's rape story "complete and utter fabrication." So when someone like Yahoo Sports' Pat Forde makes the well intentioned remark on Twitter that "Great idea, uncomfortable as it was to watch. The language some men direct at women sports writers is reprehensible," or when news outlets call the video "shocking," I think, you know this is the air that many of us breathe every day, right?

What's shocking isn't that this happens. What's shocking is that there's an entire segment of the population that's grown accustomed to this. That expects this. That knows that having strangers say you deserve to be raped is part of the job. If this video makes you angry, it makes me angry, too. But if it makes you surprised, where have you been all this time? How did you not already know?