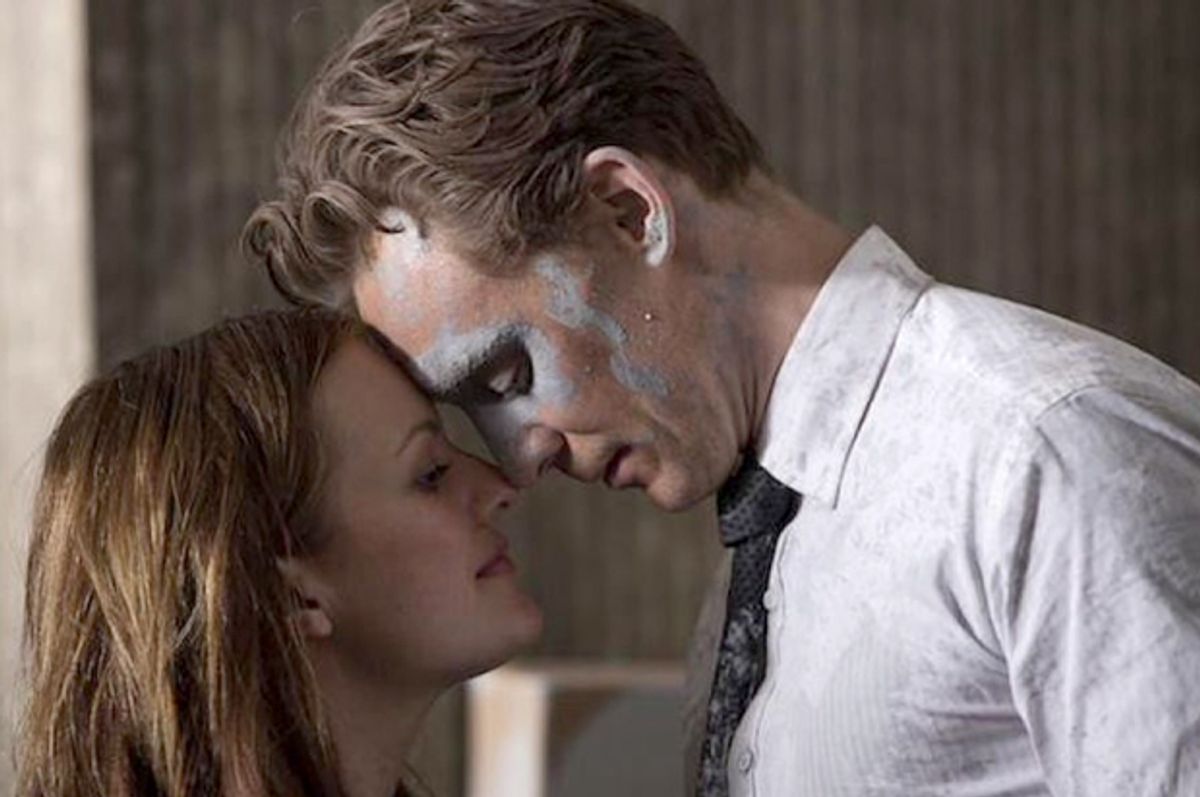 J.G. Ballard, the late British author who falls partway between science fiction and the postmodern literary avant-garde, was in the deepest sense a man of the 20th century. He spent much of his childhood in a Japanese internment camp in China (where his father had worked as a banker), an experience of isolation and desolation that shaped his best-selling autobiographical novel “Empire of the Sun,” which Steven Spielberg made into a movie starring the young Christian Bale. Indeed, it shaped everything Ballard wrote, and his overarching sense that the built environments of the modern age — our buildings, cars, highways and cities — both reflected and reinforced a profound psychic disorder. He didn’t need to write stories about life on other planets because Earth, as he famously put it, was the alien planet.

Ballard was not much interested in the political and economic questions that dominated so much of the 20th century, or at least not overtly. Politics, in the usual sense of that term, makes almost no appearance in his novels and stories, which often take place in barren or chaotic locales where the state seems to have disappeared or become irrelevant. In British director Ben Wheatley’s mesmerizing and hallucinatory new film adaptation of Ballard’s 1975 dystopian novel “High-Rise,” someone observes that the police don’t even bother showing up when a man falls to his death from the 39th floor.

As the power goes out and the building’s residents abandon all social mores and revert to rape, pillage and tribal violence, no one ever seems to consider calling the authorities, or simply walking out the front door. One of Ballard’s central principles is the Freudian notion that civilization contains a not-so-secret longing for its own destruction, an idea out of Hiroshima and Samuel Beckett that the consumerist paradise of the 21st century seeks to repress or deny. Dr. Laing, the severely dissociated protagonist played by the ever-marvelous Tom Hiddleston, claims to have forgotten where he left his car in the vast outdoor parking lot. Another resident, a man appropriately named Wilder (Luke Evans) who becomes the leader of a rebel faction within the building, almost gleefully agrees: He’s lost his car too, at least half on purpose.

Turning “High-Rise” into a grand allegory of capitalism and class warfare, as Wheatley and his screenwriter (and spouse) Amy Jump effectively do, could be seen as a bit reductive, or as privileging one aspect of the story over others. It doesn’t feel that way, though: This “High-Rise” is a scathing, intoxicating visual and auditory experience, the most truthful and most powerful Ballard adaptation we’ve ever seen, or are likely to. It’s a movie about the 1970s and about our own time, and about the ways those two eras serve as each other’s distorted mirrors or diabolical doubles. That extends to the soundtrack, where we hear an eerie Portishead cover of the ABBA hit “S.O.S.,” which has already become something of a cult item. Even in its specific and contentious references to Maggie Thatcher’s England — the novel, remember, was published several years before the Iron Lady rose to power — Wheatley’s “High-Rise” captures the bleak, erotic, tragic and ironic elements of the Ballard worldview more completely than even David Cronenberg’s “Crash” did. (No, indeed — I don’t mean the Paul Haggis movie from 2005 that won a bunch of Oscars.)

For Ballard, the capitalist context of his luxury London high-rise development as it descends into barbarism and chaos was unimportant, if not nonexistent. If he thought about such questions at all, he perceived “capitalism” and “socialism” as interchangeable masks for systems of domination that are simultaneously sinister and fragile. Like Ballard’s other dystopian novels from the early ‘70s, including “Crash” and “Concrete Island” and “The Atrocity Exhibition,” “High-Rise” takes place in a numinous or notional suburban England where technological progress collides with social degeneration. The instantly decrepit new building designed by the supercilious architect Royal (Jeremy Irons in the film) as a “crucible for change” is equal parts Le Corbusier, George Orwell and Stalinism. As other critics have observed, Cronenberg’s early horror film “Shivers” (released in the United States as “They Came From Within”), about the spread of a sexual parasite through a Toronto housing project, feels like an unofficial adaptation of “High-Rise.” It isn’t, because they came out at virtually the same time. Both are manifestations of the same virus, we might say.

Hiddleston’s narration tells us, as the film begins, that Royal’s doomed building belongs to a future that has already taken place. In this case, a future (or past) in which we’ve eaten the dogs and begun to look hungrily at our neighbors, in which women are traded as commodities and in which the strong rule the weak by brute force, until the weak band together in the same vernacular. That relationship between past and future becomes the guiding ethos of Wheatley’s film, whose clothes and cars and hairstyles belong to an era 40 years in the past but whose portrayal of economic inequality at its most brutal has obvious contemporary relevance.

I’ve heard some complaints about Jump’s screenplay for “High-Rise,” but honestly I can’t imagine anyone handling Ballard’s famously stilted dialogue — in which psychological or philosophical formulations are often spoken out loud — with more faithfulness, grace or imagination. When Laing’s seductive neighbor Charlotte (Sienna Miller), whose role in the building is unclear, asks him what’s in the boxes he has never unpacked, he murmurs, “Sex and paranoia.” Like all Ballard characters from this period, Laing is a symbolic package of cultural neuroses more than a human being, yet in Hiddleston’s delicate portrayal he becomes both: a wounded individual seeking connection and transcendence, and an alien anthropologist observing civilization in decay. As one of Royal’s enforcers says of Laing, he knows his place.

No doubt Laing’s name somehow refers to the famous radical psychiatrist R.D. Laing, a polarizing cultural figure of the ‘60s and ‘70s, but whether the reference is meant to be satirical I couldn’t say. It strikes me as the wrong question. As noted, the other names have obvious interpretations: Wilder is a loving husband (to Elisabeth Moss, of “Mad Men” fame) who is much too ready to turn to atavism, while Royal, perched atop the building on the 40th floor — where his wife plays shepherdess and keeps a horse — is like a self-appointed Louis XIV. But Wheatley is a director who constructs his dreamlike and often grotesque visions to a high standard of precision; even as “High-Rise” descends into murderous nightmare, we never feel lost.

If you haven’t seen Wheatley's earlier films, like the hilariously downscale crime-family drama “Down Terrace” or the Tarantino-flavored horror farce “Kill List” or the nearly incomprehensible 17th-century war film “A Field in England,” don’t worry, because hardly anyone did. He’s right at the forefront of a generation of younger filmmakers exploring what cinema can still accomplish, in an era where it sometimes feels like a medium whose creative possibilities have been exhausted, or like a stepsister to TV drama. All his movies almost feel as if they could have been made in the late ‘70s by Nicolas Roeg or Ken Russell or Cronenberg. But they weren’t. If “High-Rise” is a dark and complicated work with many strands, and a tribute to a literary genius, it also asks a demanding and urgent question: How long do we go on living in this building ruled by unelected overlords on the upper floors before we fight back?

"High-Rise" is now available on-demand from cable and satellite providers, Amazon Video and iTunes. It opens in theaters May 13.