Paul Ryan refuses to acknowledge Trump's inevitability: "The one thing we can predict is it's all unpredictable"

"I don't think conventionalism works this time, this year," he told Joe Scarborough 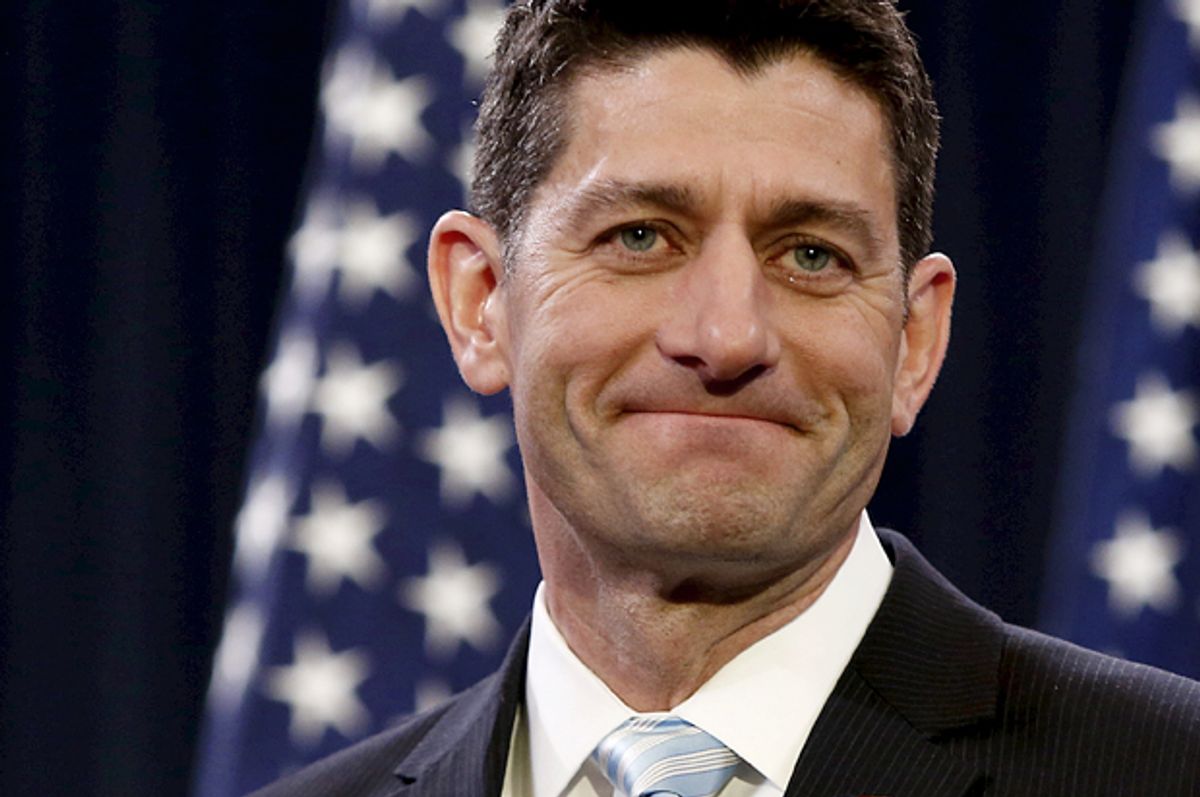 On MSNBC's Morning Joe Wednesday, House Speaker Paul Ryan discussed the current state of the Republican presidential primary in a manner that supporters of current front-runner Donald Trump are likely to find alarming.

He spoke openly of "unifying" the party "no matter who our nominee is," noting that "the agenda -- economic growth, patient-centered health care, moving people from welfare to work and fighting poverty, fixing our national security and restoring the Constitution and self-government, making government more accountable -- these unify all Republicans, these unify all conservatives, and I believe are appealing to discerning Democrats and independents."

He told Scarborough that he has spoken to all of the candidates still in the race since the last night's returns, including about the possibility that having Donald Trump at the top of the ticket could threaten the GOP's majority in the House.

"I don't think conventionalism works this time, this year anymore," Ryan said. "The one thing we can predict is it's all unpredictable, and the way I look at elections is you always act as if everything is in doubt, in danger."

"Never rest on your laurels, never feel complacent or comfortable," he continued. "The day you do that is the day you probably should lose."

Ryan continued, again refusing to acknowledge the almost mathematical certainty that nothing short of a brokered convention stop Donald Trump.

"I really do believe whoever our nominee is," he said, "we are capable of unifying, providing a unifying front to the country and I think that's going to be good for the House, good for the Senate, good for the state legislatures and good for winning the White House."

"I think we communify and that's what I intend on helping do after we come out of Cleveland, whoever our nominee is going to be."