Obsessed with "SJWs" and their own toxic politics, self-righteous voters want to bully their way to victory 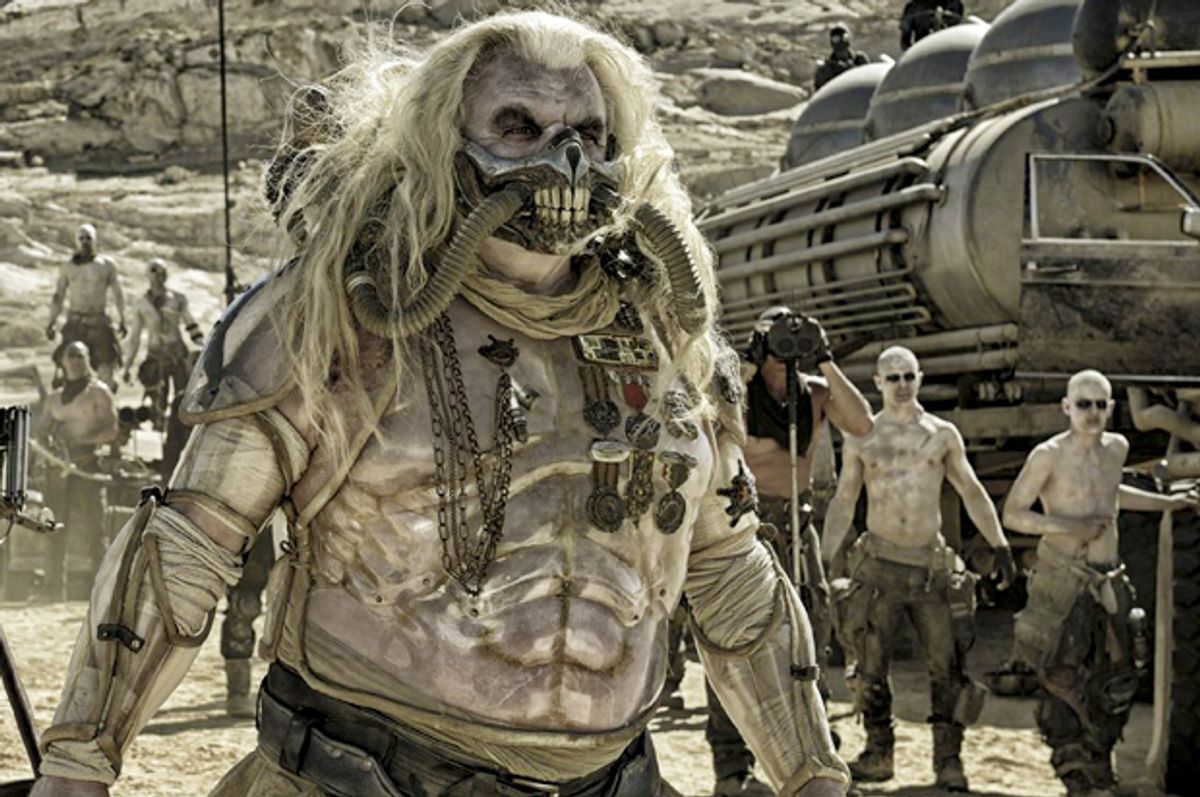 The biggest award in science fiction and fantasy has been taken over by two groups that could destroy a tradition they claim to be trying to save. The Hugo Awards, which in theory is a populist award given by fans, as opposed to the Nebula Award given by writers, has been jacked for the second year in a row by two conservative groups, the Sad Puppies and the Rabid Puppies, and the genre’s annual gathering – WorldCon, this year in Kansas City, Missouri – could become very ugly.

The Sad and Rabid Puppies complain that the field has been taken over by a lefty and social-justice bias, and have sent out slates of recommended books so that its allies can nominate them for the award’s short list. As The Guardian reports, “This means that voters on the prestigious awards will now be choosing from a shortlist which includes SJWs Always Lie, an essay about ‘social justice warriors’ by Rabid Puppies campaign leader Vox Day; a self-published parody of erotic dinosaur fiction called Space Raptor Butt Invasion, by Chuck Tingle; and My Little Pony cartoon The Cutie Map.” Last year's conflict was similar, and created a lot of bad blood, and this year could be worse.

It’s worth mentioning that some nominees -- like Neal Stephenson, the eccentric visionary whose novel “Seveneves” is up for an award — are both widely respected across the political spectrum and championed by the conservative groups.

The nastiest of the groups is the Rabid Puppies; leader Vox Day (born Theodore Beale) would be right at home on Fox News. He’s said that marital rape is impossible since “marriage grants consent on an ongoing basis.” His criticism of feminism has been equally nuanced: “The women of America would do well to consider whether their much-cherished gains of the right to vote, work, murder and freely fornicate are worth destroying marriage, children, civilized western society and little girls.” He’s also a video game designer and — no surprise — a Gamergate supporter. (To be fair, not all of the Puppies -- especially the Sad ones -- are as extreme as he is.)

To understand the fight, it’s important to think about the field’s history for a minute.

It might be nice to think that science fiction, or any kind of literature or culture, could be free of ideology. But the best science fiction writers have often been deeply political. Perhaps the genre’s greatest-ever novelist, H.G. Wells, was a socialist. Frank Herbert’s “Dune” was driven by environmentalism. Robert Heinlein was a lefty who became a kind of military-worshipping libertarian. Octavia Butler wrote novels suffused which feminism and issues of race. One of Ursula K. Le Guin’s most famous books, “The Left Hand of Darkness,” looked, without scorn, at a race of people who change their genders repeatedly throughout their lives. Philip K. Dick managed to be various odd mixtures of left and right, depending on the time period. Orson Scott Card, author of “Ender’s Game,” is an opponent of same-sex marriage but liberal on some issues.

George R.R. Martin, the Hugo Award-winning author of, among other works, "A Song of Ice and Fire," the source novels for HBO's “Game of Thrones,” has said that the lists are not just conservative, they're of low quality, and driven by an urge to confront, not to champion the best work. He described the mess this way to The Guardian:

“Throughout the history of SF there has always been a dialogue that’s been expressed through stories. If you take Robert Heinlein’s book Starship Troopers, that’s a very conservative novel. Harry Harrison wrote Bill the Galactic Hero as a direct response to Heinlein’s views. And later, Joe Haldeman wrote his own response in The Forever War … but Heinlein loved it. That’s how the science fiction community should tackle its differences, not through name-calling and personal attacks – through writing.”

If conservative authors want to get their books into award consideration, they can go about it the old-fashioned way: There’s no reason all the books winning need to come from a left-leaning perspective. But if you are trying to make a case for a wider list of possibilities, ballot-stuffing and bullying is not the way to do it.