Ron Miscavige's memoir, "Ruthless: Scientology, My Son David Miscavige, and Me" is due out in May 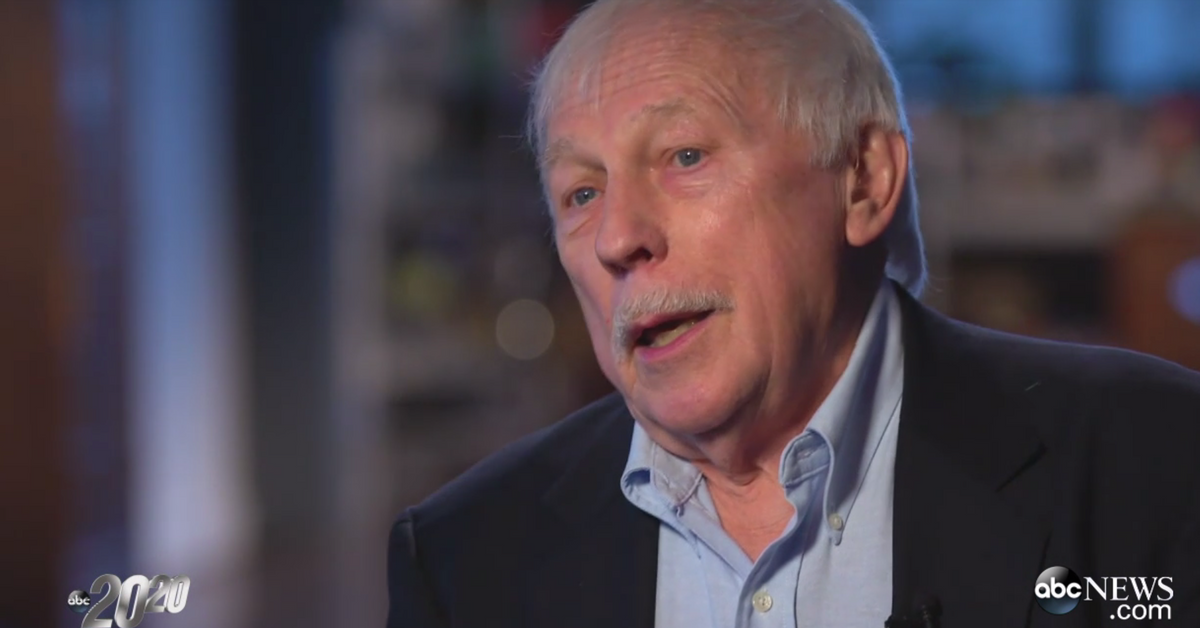 The elder Miscavige, who left the Church after 40 years in 2012 and is promoting his forthcoming memoir, "Ruthless: Scientology, My Son David Miscavige, and Me," will provide an unprecedented inside look at the goings on of the famously secretive religion Friday evening on ABC.

A trailer for the interview dropped Tuesday and shows Ron with anchor Dan Harris outside the Miscavige family's former-home in Willingboro, New Jersey.

In it, Ron explains his decision to title his memoir "Ruthless," something Harris calls "a pretty damning charge to level against your own child."

In the accompanying write-up, Ron is quoted describing his son's induction into and ascent within the ranks of the Church -- all stemming from David's first "auditing" session in 1969.

"I think it was at that moment that (David) decided he’s going to do something with this," he says. "He advanced very rapidly in the Church. He really decided at a very young age to make it his career and his mission."

According to "20/20," the elder Miscavige's daughters have cut ties with their father. Speaking through a lawyer, they told the show that he "beat our mother senseless in drunken tirades, averaging two violent attacks with his fists per week" -- allegations that he admits are true, but, according to his daughters, he understates.

Rather unsurprisingly, the Church of Scientology's lawyer, Monique Yingling, called Ron Miscavige's book "literary forgery" in an interview with "20/20."

"And the title of the book, ‘Ruthless,’ I mean, it couldn’t be a falser description of David Miscavige,” she added. "He’s a very compassionate, kind person."

David Miscavige declined to be interviewed for the story.