"She understands this is a dangerous world": Ted Cruz taps Carly Fiorina as VP pick

Cruz said he's announcing his VP pick early because "where we are right now, nobody is getting to 1,237 delegates" 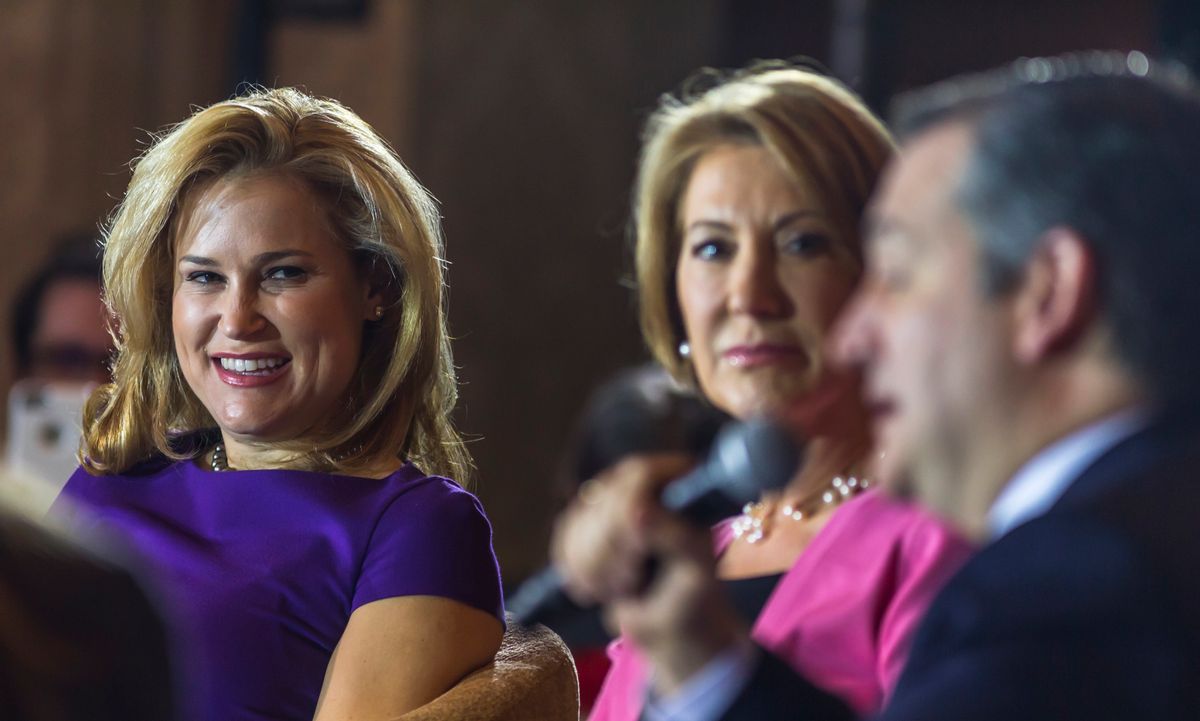 In a much hyped announcement during a really in Indiana Wednesday, Ted Cruz announced the "superbly skilled, superbly gifted" Carly Fiorina as his vice presidential running mate.

Fiorina, you'll remember, ran for the GOP nomination from May 2015 until February, when she suspended her campaign after weak showings in Iowa and New Hampshire. She first endorsed Cruz in March, saying she's "horrified by Donald Trump."

"Where we are right now, nobody is getting to 1,237 delegates," Cruz said, explaining his reason for announcing a VP pick so far ahead of the Republican Convention in July, when nominees traditionally announce running mates. "And the Hoosier state is going to have a powerful voice in making that clear."

"She understands this is a dangerous world and in naming her as my vice presidential nominee, I am also telling you that she is someone you can be confident in," Cruz said.

Beyond his calculated stump speech, Cruz went on to call GOP frontrunner Donald Trump a "big government New York liberal" and "a Washington insider" who "agrees with Hillary Clinton and Barack Obama."

He then introduced "the next Vice President of the United States" Carly Fiorina, who walked on to Aaron Tippin's "Where the Stars and Stripes and Eagles Fly."

Fiorina said both Trump and Democratic frontrunner Hillary Clinton "would be disastrous for this nation."

"Donald Trump and Hillary Clinton, they are two sides of the same coin," she continued. "They're both liberal; we know that."

A bizarre moment took place when Fiorina mentioned how well she's gotten to know Cruz and his family, then started singing about playing with Cruz's daughters, Caroline and Catherine, while on the candidate's tour bus.

"I won't bore you with any more of the song," she stopped herself. "But they have four verses."