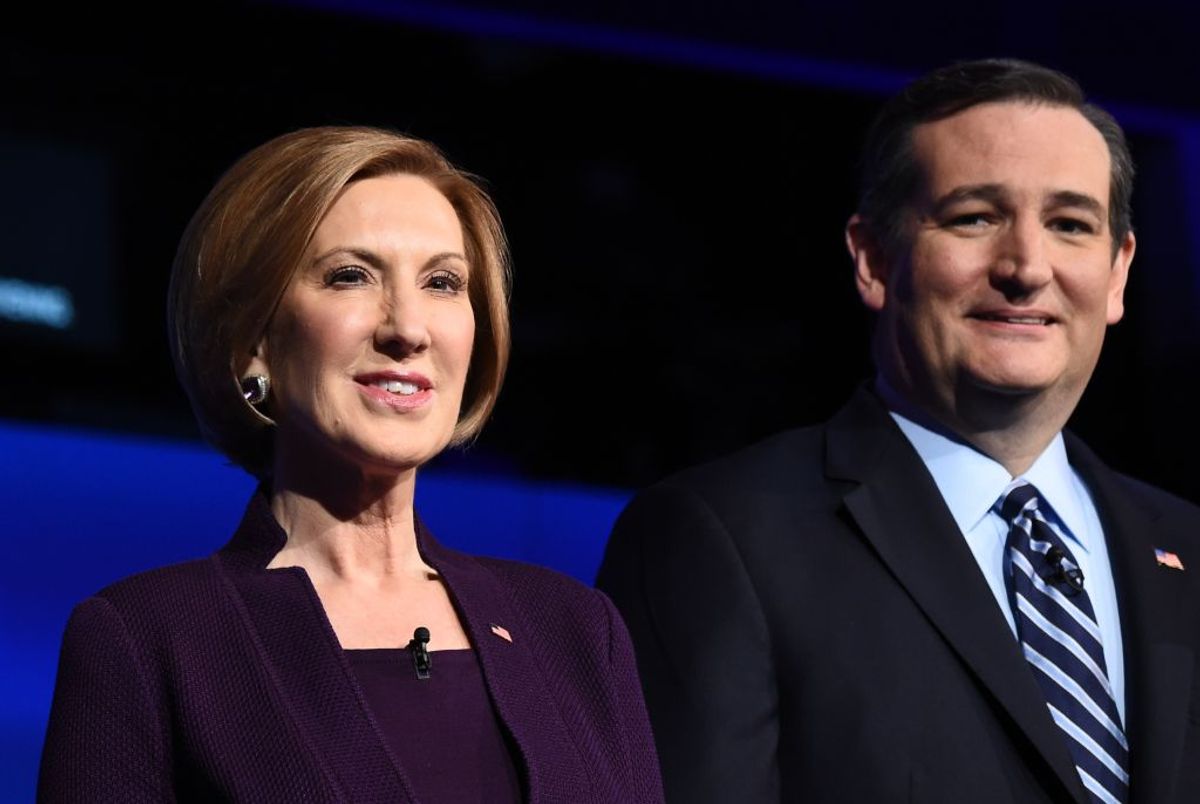 Ted Cruz's last major announcement came only on Sunday evening, when he unveiled the formation of a new anti-Donald Trump alliance between himself and his rival John Kasich, which was quickly dismissed by many in the media and has already proven to be either a complete bust or a deflective ploy because despite their tag teaming efforts, Trump swept all five Republican primary contests on Tuesday.

Nevertheless, Cruz was back at it early Wednesday morning, gathering reporters on the campaign trail in Indiana to announce that he had a "major announcement" coming at 4pm. Speculation barely trickled about as the least surprising (Cruz floated Fiorina as a potential running mate days ago) and least relevant (Cruz needs over 100 percent of the remaining unpledged delegates to win the nomination before the convention) announcement was usurped midday by Trump delivering "a major foreign policy address" with the rare assist of a teleprompter in Washington, D.C., Wednesday.

Reports trickled in of a Fiorina sighting in Indiana Wednesday afternoon and a member of Cruz's national leadership team appeared to confirm the news on Twitter. According to the National Review, "Cruz will be presenting himself and Fiorina as 'a ticket.'”

Fiorina was the second (after fellow Texan Rick Perry) of Cruz's former Republican rivals to endorse him back in March.

"That woman gives Hillary Clinton nightmares,” Cruz has grown fond of claiming on the campaign trail, referring to Fiorina.

For his part, Trump appears unfazed by Cruz's latest desperation attempt to steal the spotlight.

"Carly is not going to do the trick," Trump said in a telephone interview with ABC's "Good Morning America" Wednesday. "Not because she's a woman, but Carly did not resonate at all with people," Trump clarified, after claiming during his victory speech Tuesday night that, "if Hillary Clinton were a man, I don’t think she would get five percent of the vote.”

"I think it would be a bad choice. Carly did not resonate at all," Trump told George Stephanopoulos:

"Ted Cruz is just like any other politician. He says one thing in Manhattan, he says another thing in Iowa," Fiorina said on CNN back in January. "He says whatever he needs to say to get elected, and then he's going to do as he pleases."