Ban all Middle Easterners, but not Israelis — says GOP Senate candidate in Florida 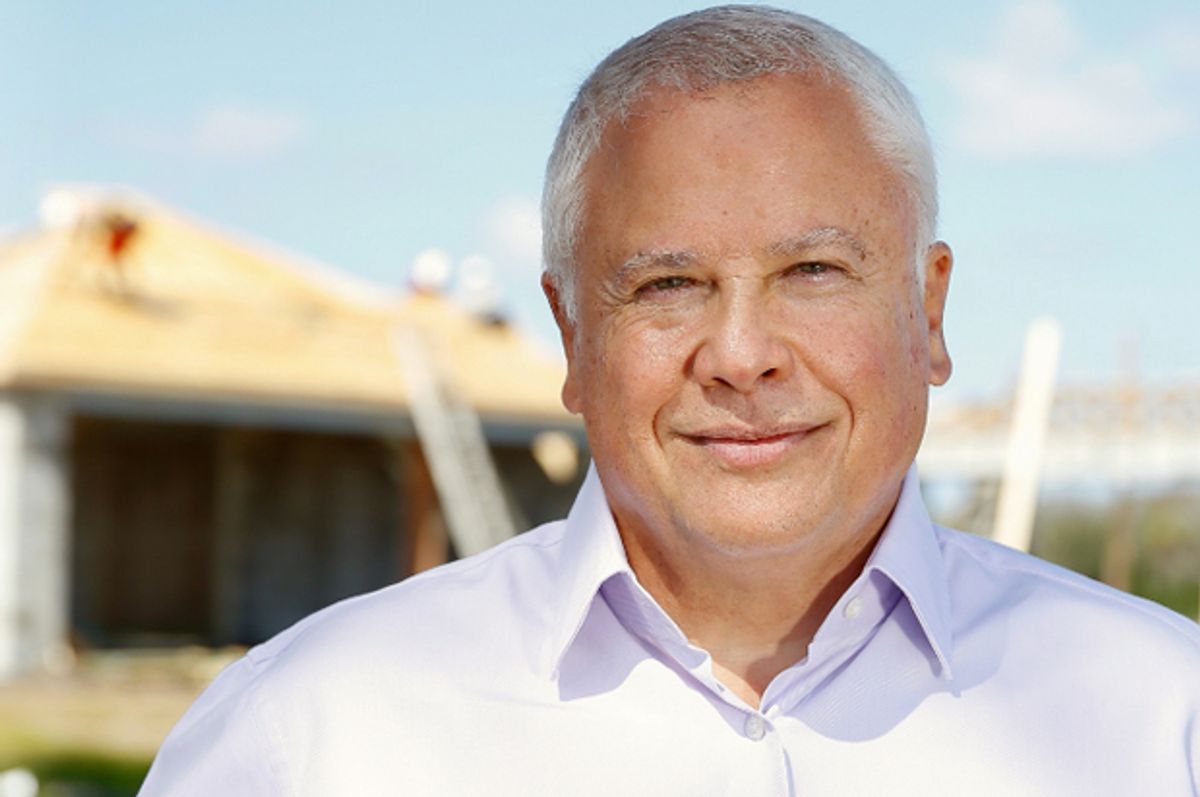 A Florida Republican candidate for Senate has called for banning everyone from the Middle East — well, excluding Israelis.

"I think our immigration department is broken. And I don't think it's safe to allow anybody from the Middle East into this country," Carlos Beruff said at a Republican Party event on Monday night, the Sun Sentinel reported.

The audience, roughly 200 Republicans, applauded and cheered, the newspaper said.

Beruff was speaking in a Q&A session following his speech to the Broward County Republican Party.

A journalist recorded audio of the senate candidate's response.

"Right now we have a terrorist threat that's very real. You want to ignore it, but I don't," Beruff said.

He called for barring both Muslims and Christians from the Middle East from entering the U.S.

When asked to which countries he would apply the ban, Beruff continued, "Pretty much anybody that's got a terrorist organization in it, which is pretty much all the Middle East."

He was subsequently asked if this included Israel. "I think Israel's security measures are pretty strong," Beruff replied. "Israel is an exception."

Many media outlets failed to highlight this exception.

The Huffington Post titled its report "GOP Senate Candidate Somehow Plans To Ban All Middle Eastern People From U.S.", with a subhead reading: "He said the ban would apply to 'pretty much anybody that’s got a terrorist organization in it, which is pretty much all the Middle East.'"

"GOP Senate candidate calls for banning all Middle Easterners from US," The Hill wrote.

ThinkProgress headlined its article "GOP Candidate Calls For Banning Everyone From The Middle East."

These articles mentioned the hypocritical exception the Republican Senate candidate made, but did not emphasize it.

This is the first time Beruff has run for office. He hopes to take the place of Sen. Marco Rubio, who is retiring.

Beruff's remarks one-up the already extreme proposal of leading Republican presidential candidate Donald Trump, who has called for a temporary ban on Muslims entering the U.S.

This far-right streak of xenophobia has spread throughout much of the country, leading more than half of U.S. governors to declare that they will ban both Muslim and Christian Syrian refugees from being resettled in their states — a move legal experts say is unconstitutional.