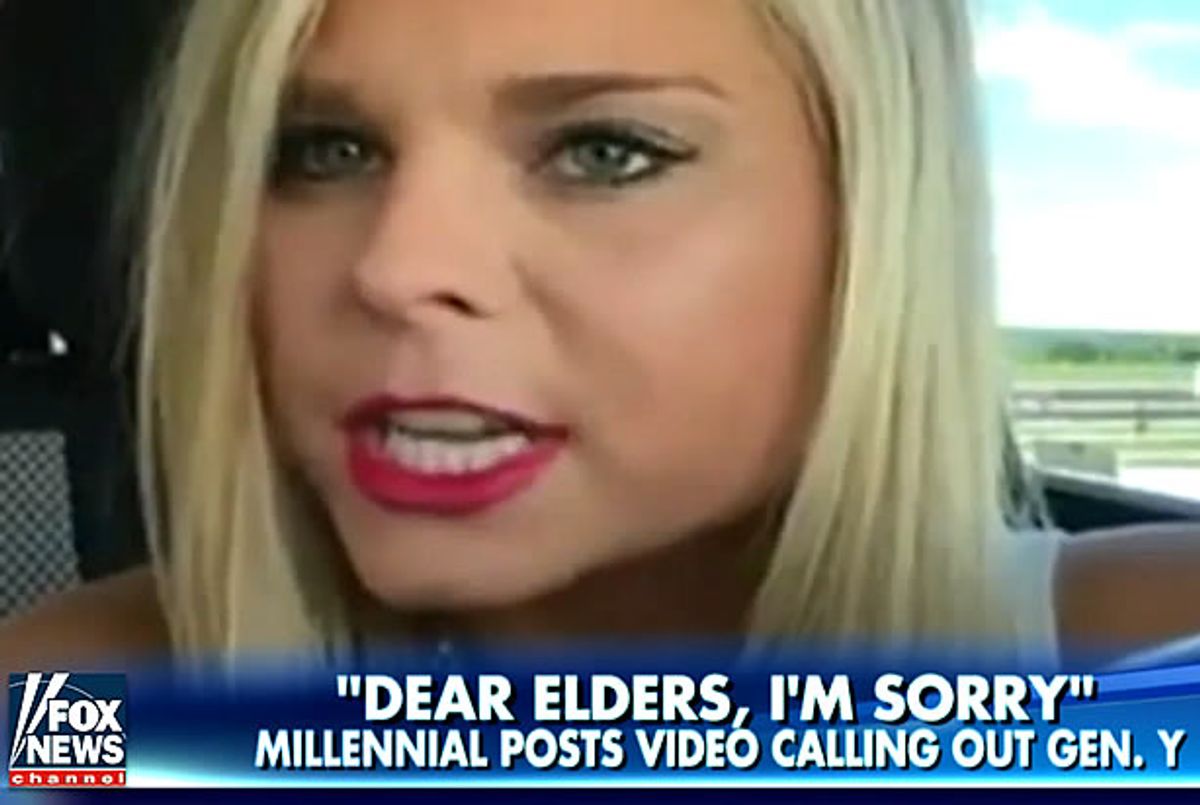 A YouTube video posted by Alexis Bloomer in which she extolled the virtues of Tim Tebow and saying "No Ma'am" and "Yes Sir" has apparently been viewed over 40 million times, and the folks at Fox & Friends couldn't have been happier.

Co-host Ainsley Earhardt asked Bloomer "why you are sending this message to your generation," to which she replied, with full-on false modesty, that she was excoriating her peers for things she sometimes does herself.

"I saw an elderly man walking into a post office," Bloomer said, "and these two boys ran past him, and it really opened my eyes, because I was always taught that you always open the door for [the elderly]."

"You take the time to make them feel special," she said, "it shouldn't have gone viral, because it should just be expected."

"Everything that used to be frowned upon is now celebrated," Bloomer concluded.

"This was not scripted?" Earhardt asked. "You just saw that man and did this off the cuff?"

Bloomer replied that she "drove back to my parents' business and was just going to post a rant on Facebook about it, but it's not going to be passionate if I just don't go for it, so I went for it" -- which is why she recorded her video while driving, a responsible behavior, not illegal in any states, if ever there was one.

Her father was just as proud as Earhardt that she lit into her peers for not opening a door, indicative as that is of millennials' unwillingness to care for the elderly -- or isn't, if the legislation that those millennials voted into office have passed in the past eight years is also indicative.