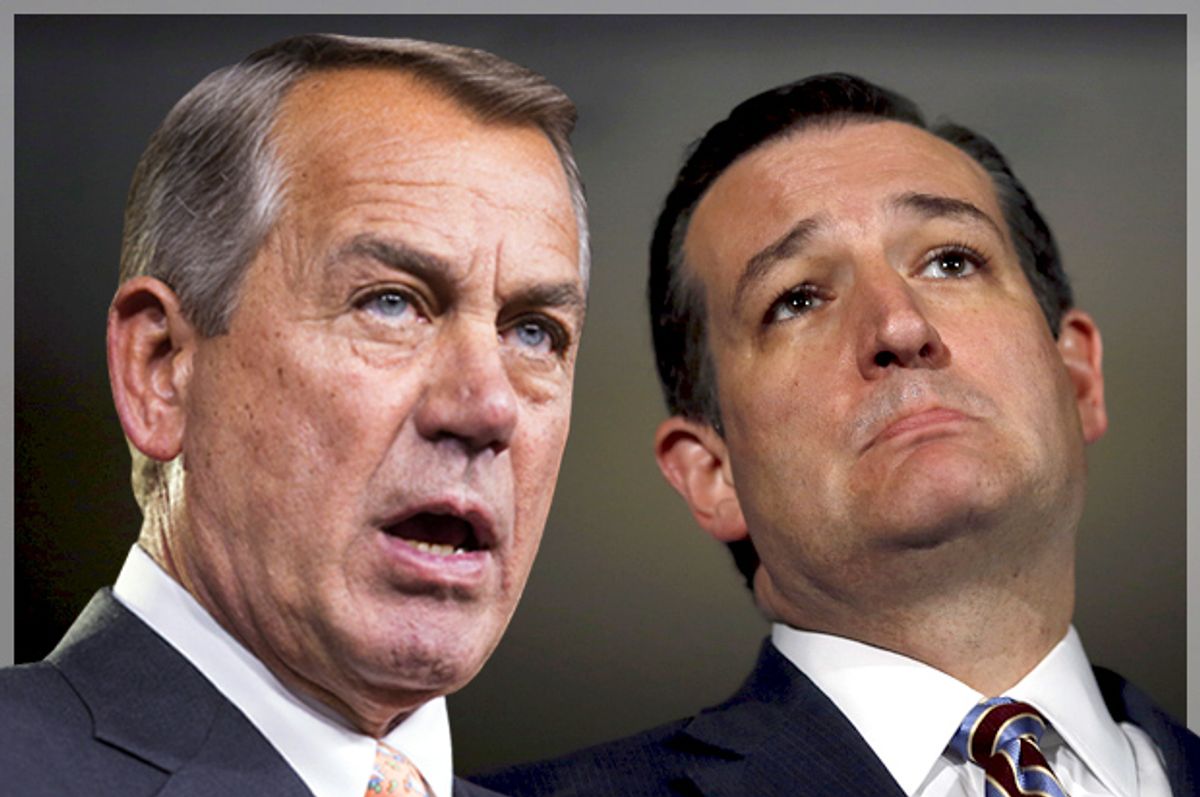 John Boehner unexpectedly and tearfully ran out of his low power-high position job as House Speaker and into retirement late last year and perhaps no single individual is more responsible for that than Ted Cruz.

Despite tweeting idyllic pictures of himself happier to mow his lawn in Ohio than wrangle House Republicans in the midst of what once was a 17 person clown show of a presidential primary, Boehner is apparently still bitter he gave up his spot as third in line for the presidency all because of Cruz's presidential ambitions.

“You can call me boner, beaner, jackass, happy to answer to almost anything,” he told an audience at Stanford University Wednesday night -- perhaps unencumbered by a promise that the event would not be broadcast. According to the Stanford Daily, the former speaker freely discussed the 2016 presidential campaigns (he thinks Clinton is leveraging her gender to her advantage), Republicans' anti-transgender bathroom bans and Dennis Hastert (no reporting on if he supports censuring the former speaker) -- but it was his comments on Cruz that proved most newsworthy.

“Lucifer in the flesh,” Boehner said of Cruz, reportedly making a face of disgust and repeating a line he used last month during the Futures Industry Association conference in Boca Raton, Florida. “I have Democrat friends and Republican friends. I get along with almost everyone, but I have never worked with a more miserable son of a bitch in my life,” the former speaker said of the universally detested Texas lawmaker.

No official response from the Cruz campaign, yet, but like with Boehner's "jackass” comment, Cruz's campaign will undoubtedly use the former speaker's latest epic burn to fundraise and appeal to the Tea Party base that ran Boehner out of Washington and propelled Cruz this close to the presidency.

With his newly announced running mate at his side in Indiana, Cruz said Boehner had "allowed his inner Trump to come out":

.@tedcruz: Boehner has described Trump as his "texting and golfing buddy" https://t.co/vHOvtbaR9g https://t.co/r1r3UDafzI