After a shocking court decision, a law that ties intoxication to certain sexual assault charges could be done for 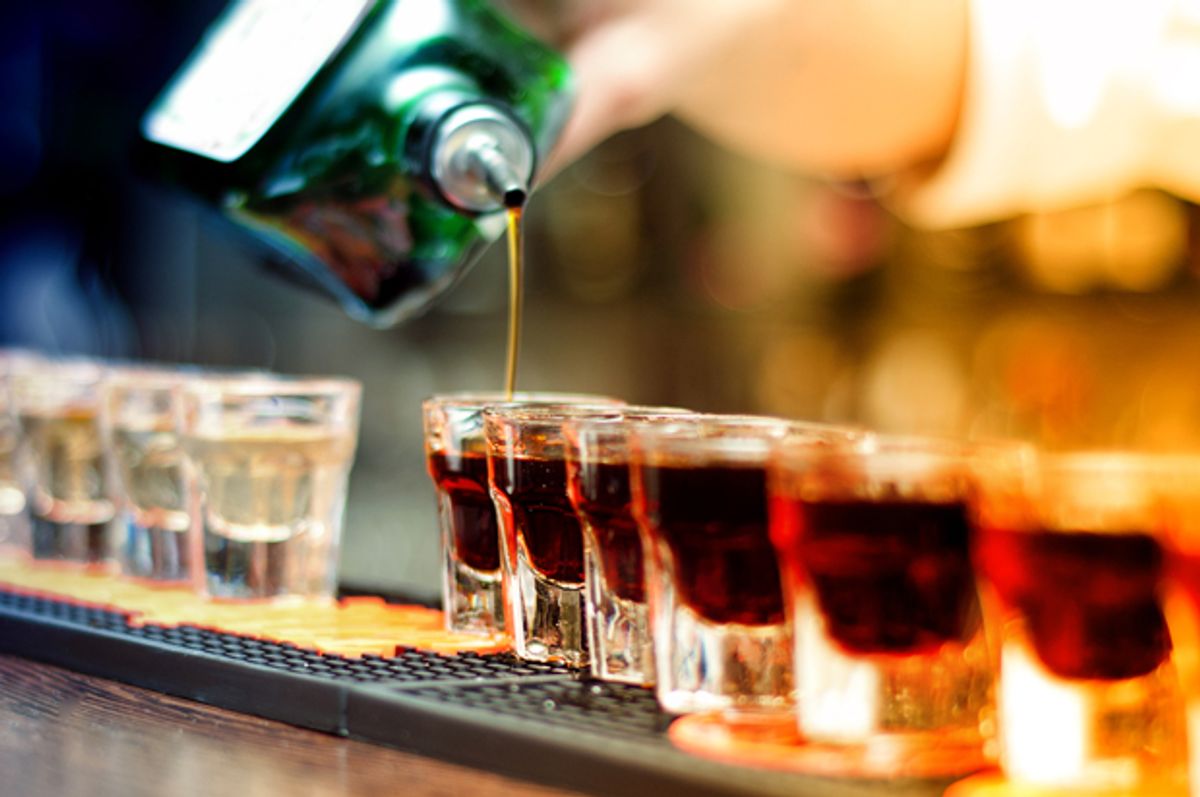 It'd be great if we could get to the point of putting in place a procedure for victims of sexual assault to obtain justice without a huge social outcry first. But in the meantime, I guess we'll take whatever measure of progress we can get. So thanks, Oklahoma!

The state's been in the spotlight lately after news reports came to light of a shocking recent ruling in a sexual assault case involving two teens. A 17 year-old boy was accused of assaulting a 16 year-old girl he'd been drinking with in a Tulsa park after he offered to give her a ride home. Witnesses said the girl had to be carried into his car; she later woke up in the hospital in the middle of a sexual assault exam. Her blood alcohol level was four times the legal limit and "indicative of severe alcohol poisoning." A DNA test revealed the boy's semen on her leg and around her mouth. The boy said that what had happened between them was consensual; she asserted she had no memory of leaving the park.

But here's the funny part — it didn't matter anyway. As the boy's lawyer confidently asserted, "There was absolutely no evidence of force or him doing anything to make this girl give him oral sex other than she was too intoxicated to consent." And yes, being "too intoxicated to consent" has been a legitimate legal leg for alleged assailants to stand on in the great state of Oklahoma. The case ended with the court of appeals unanimously affirming the state's stance that "forcible oral sodomy cannot occur where a victim is so intoxicated as to be completely unconscious as the time of the sexual act of oral copulation." That, however, may be changing very soon.

Weirdly, the state does already acknowledge that a person who is unconscious cannot consent, and that lack of consent constitutes sexual assault — as long as the sexual assault is vaginal or anal. Attorney Jennifer Gentile told the Guardian this week, "There are still gaps in the ways laws are written that allow some cases to fall through the crack. This case – because it did not involve vaginal rape but an oral violation – seems to be one of them." Yes, if you're in Oklahoma and you're going to be sexually assaulted, make sure it's in the right location in your body. You can see why the Oklahoma story drew shocked responses from victim rights advocates across the country.

Now, Scott Biggs, a former prosecutor and current state representative, is aiming to fix this revolting loophole. In a statement this week, he said, "I am horrified by the idea that we would allow these depraved rapists to face a lower charge simply because the victim is unconscious." He has announced plans to rush a change to the law through legislature. "I think the judges made a grave error," he says. "But if they need more clarification, we are happy to give it to them by fixing the statute. Unfortunately, legal minds often get stuck on questions of semantics, when it is clear to most of us what the intent of the law is."

In a Facebook post Thursday, Biggs said, "I was appalled to learn about this ruling, the lack of justice for this young woman is shocking. HB 2398, a bill that I authored earlier in the session, has been amended in conference committee. We should have this court created loophole fixed next week. While I can't find the words to express my deep sorrow for the victim and her family, I can guarantee them this will be fixed." And you've got to appreciate that he's currently in the trenches of the FB comments, citing legal precedent via previous sodomy convictions.

A clarification of the law won't undo what's already happened to this young woman. But perhaps she can have some measure of satisfaction knowing it'll be easier for the next girl in her shoes to press forward with her case. And it'll tell Oklahoma what any sentient human already knows — that if it's not consent if happens vaginally or anally, it's actually not consent either if happens orally either.