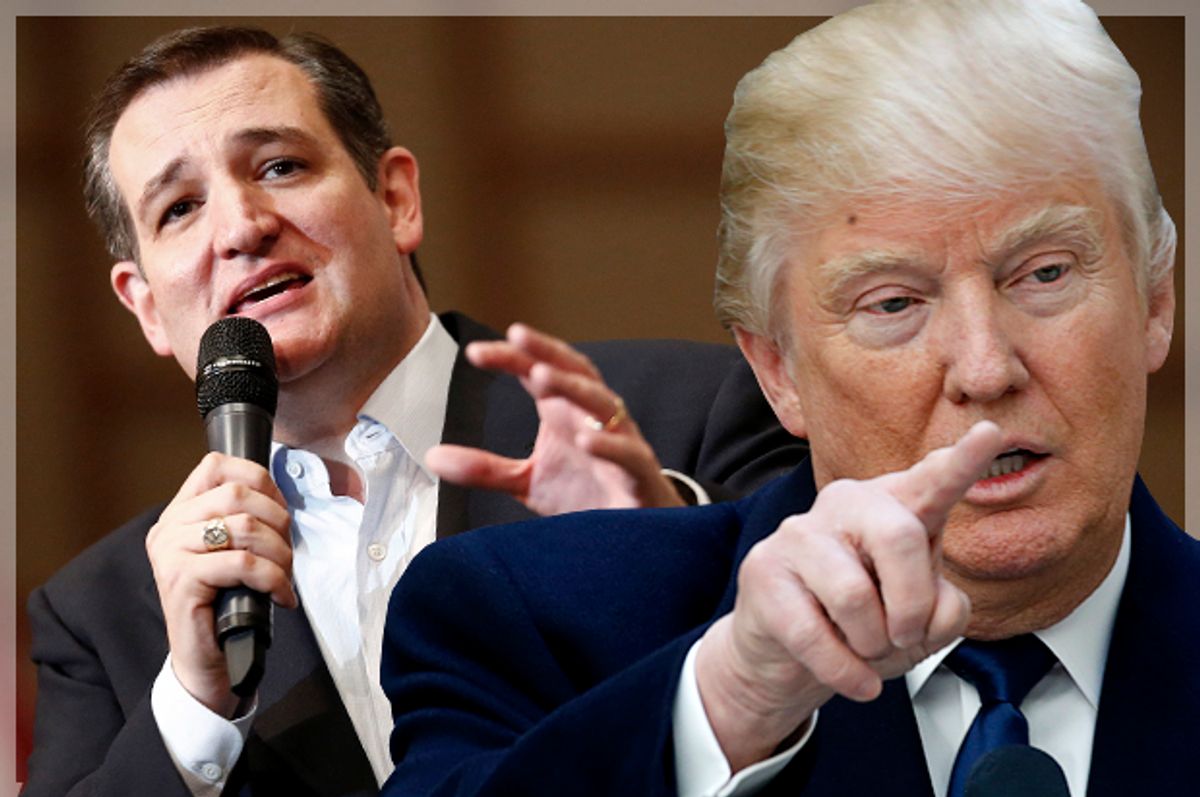 Leading aids for the presidential campaigns of Donald Trump and Ted Cruz previously worked as paid advisers for a right-wing Guatemalan presidential candidate who called for TV broadcasts of executions.

Tim Clark is running Trump's campaign in California. Ron Nehring is running Cruz's campaign in the state. Now they are rivals. In 2011, however, they both spent six weeks advising Manuel Baldizón, the Guardian reports.

Baldizón is a Guatemalan millionaire who campaigned on the promise to broadcast executions live on TV. The exact size of his enormous wealth is unknown, but he has business interests in gas stations, hotel chains, buses, mining, media companies and health clinics.

The business tycoon has also been accused of making millions of dollars in public funds by manipulating government works contracts, although he denies this.

Clark told the Guardian he and Nehring advised Baldizón on "business interests," although he stressed they were not formally part of his campaign.

He also said their work was paid for by corporations. Clark did not identify the Guatemalan business interests that paid for their trips, but described them as "corporate industry guys who could afford it."

Clark said Nehring, who is a regular guest on CNN, "did a really good job of helping set him [Baldizón] on message," pushing for free-market views.

“We had bodyguards. We had translators. We drove around in a black SUV full of semi-automatic machine guns in the back,” he added.

Clark insisted that he did not know about Baldizón’s promise to televise executions, even though, the Guardian pointed out, it was widely reported on in the international press at the time.

On their company websites, neither Clark nor Nehring mention their work for Baldizón.

Baldizón lost the 2011 election. Aside from promising to televise executions, he also pledged he would somehow lead Guatemala's soccer team to the World Cup.

He tried running for president again last year, but lost amid outrage over corruption.

Clark said he was also offered a role in the campaign of current President Jimmy Morales, a right-wing TV comedian who was elected in 2015. Morales, a self-declared nationalist and evangelical Christian who ran a populist, anti-corruption campaign, has been described as Guatemala's Donald Trump. Clark denied the opportunity to work on Morales' campaign.

Baldizón, who has refused to disclose the identities of private donors who funded his campaigns, has frequently been accused of corruption, although has never formally been charged with a crime and strongly denies that he has been involved in any illegal activity.

Corruption is rampant in Guatemala. An investigation by a U.N.-backed anti-corruption organization "exposed the widespread infiltration in Guatemalan politics by criminal groups and business interests seeking political favors and public contracts," the Guardian reported.

Guatemalan political parties receive half of their funds through corruption, and Baldizón’s right-wing LIDER party spent almost three times the legal limit in the 2011 campaign.

There is a long historical precedent for this kind of foreign economic advising in Latin America.

After the U.S. helped violently overthrow Chile's democratically elected Marxist government in 1973, far-right U.S.-backed dictator Augusto Pinochet proceeded to implement hard-line free-market reforms, privatizing much of the economy and brutally cracking down on the labor movement.

Pinochet killed, tortured and disappeared tens of thousands of people — particularly leftists, union organizers, teachers and other dissidents — while implementing the hyper-capitalist policies recommended by his American advisers, namely libertarian economists from the Chicago School of Economics, known as the Chicago Boys.